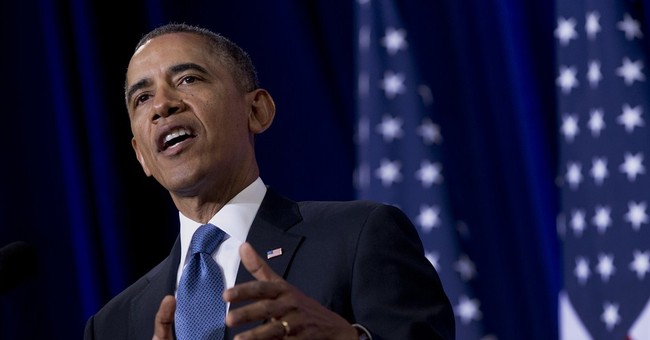 PARIS -- On the occasion of President Obama's State of the Union address this week, marking five years since he was sworn into office with the stated primary objective of turning around the post-crisis domestic economy, it's worth asking: Is America safe from another economic crisis?

Despite the regulatory efforts hustled in as a result of public panic and a political class desperate to be seen doing something, the initial problems remain, and the next crisis could be even worse. Among the major problems: risky loans to those who can't repay them. Liberal advocacy groups such as Association of Community Organizations for Reform Now (ACORN), pushed lenders such as Fannie Mae and Freddie Mac to grant loans to borrowers who couldn't afford repayment.

The underlying problem still exists, and the new regulations are pure political theater.

"You can't repeal the laws of supply and demand or prevent financial crisis," says regulatory expert Donald Lamson, a partner at the law firm Shearman & Sterling. "Thus you'll always be tempted to save large institutions to prevent pain on a large scale."

The U.S. government continues its bureaucratic empire-building, venturing down the slippery slope of regulating everything from banks and insurers to, most recently, asset managers. And who's to say that it will stop there?

So what are the actual regulations to be imposed by the U.S. Federal Reserve on financial entities designated as systemically important and "too big to fail"? The Financial Stability Board (FSB), the international entity based in Basel, Switzerland, tasked by the leaders of G20 nations with establishing global post-crisis guidelines, is still trying to figure it out. Meanwhile, each (G20) country is supposed to diligently designate inmates for this regulatory gulag without knowing exactly what they'll be faced with, let alone whether any proposed regulations can pass a stress test. Just as we saw with the Kyoto Protocol climate-change provisions (before the U.S. came to its senses), America has been quick off the mark to voluntarily straitjacket its home team on the global playing field.

But if there are going to be useless regulations, it's only fair that everyone be subjected to the same uselessness -- and for the public to be able to see this riveting exercise in sadism and masochism. Sadly, that's not happening. At least the Federal Reserve's 2008 Troubled Asset Relief Program bailout process was transparently debated in Congress. That process has now been moved into the shadows.

A U.S. Treasury agency called the Financial Stability Oversight Council (FSOC), created by the Dodd-Frank Act, is tasked with designating "too big to fail" entities -- choosing who'll be subjected to inspections by government bureaucrats trying to justify their existence, plus new and still-undefined requirements related to capital, investments and liquidity. This all ensures that when the next crisis happens, the process will be so ineffectively Byzantine and unwieldy that no politician will want to take a lead role in untangling the mess.

The FSOC debates over these designations have become increasingly secretive, with the public portion of their meetings growing shorter, and any dissenting views reduced from multiple pages of argumentation in some cases to a mere few lines -- even when those dissenting views belong to the individuals with the most expertise in the subject under debate.

Chairing the FSOC subcommittee responsible for selecting the entities to undergo this designation process is 33-year-old Treasury hotshot Amias Gerety, the FSOC's deputy assistant secretary. Along with Daniel Tarullo, a committee chair at the Financial Stability Board and the Federal Reserve's informally designated lead governor for bank regulatory purposes, Gerety emerged from Obama's favorite think tank and talent pool: the George Soros-funded Center for American Progress.

Seemingly aware of the transparency problem, Gerety testified in writing last year to a congressional subcommittee that the FSOC had improved its website and access to council documents, and that it actively supports public collaboration. Then how about telling folks exactly how they might go about collaborating? And what about making the debates more transparent, too? What the public is keen to know is whether you folks are spitballing it -- as everyone else in this Kabuki theater production seems to be doing. In fact, this whole process really belongs in Congress among accountable elected representatives.

This month, for example, Bloomberg reported that FSOC regulators were getting around to considering Obama's favorite billionaire Warren Buffett's Berkshire Hathaway for the Federal Reserve regulatory gulag, given that it obviously meets the primary (and perhaps only truly discernible) designation factor in rulings thus far: asset size. Naturally, FSOC officially refused to discuss it.

One would think that as servants of the people, they'd feel less entitled to opacity while playing capitalist gods in selecting future winners and losers in our so-called free market.