Rachel Alexander  |  Sep 28, 2020
The opinions expressed by columnists are their own and do not necessarily represent the views of Townhall.com.
Top Columns
Trending on Townhall Media

Did you know that the consumption of the poorest 20 percent of Americans is roughly equal to that of the average Dutch or French person, and higher than that of the average Brit, Swede, Dane, or Japanese person? Our poor people are richer than the middle class of most nations! But how do we keep it that way?

Capitalism has allowed our nation to prosper. But it is always being pulled in different directions, usually to the left, as the government intervenes by increasing taxes, spending and regulations. America is being taken over by cronyism, which is based on connections rather than merit and thus is antithetical to capitalism. Socialism is cronyism on steroids.

Ralph Benko, one of the last living Kemp Supply-Siders and a Reagan White House deputy general counsel, is alarmed by how the Republicans have fallen into merely paying lip service to capitalism. So last year he co-authored, to great critical acclaim, The Capitalist Manifesto. It pulled together the 10 most popular policies that have been proven to work. He goes into greater detail in The Ten Commandments of Capitalism, explaining why they are crucial and how they work.

Benko begins the book by explaining that the fundamental doctrine of communism is class warfare, which we are seeing take place in our country today, as the left pits the working class against the middle class and wealthy. Benko calls this “an imaginary hobgoblin.”

The truth is, “cooperation is the source of mutual prosperity.” We saw it work in practice after the supply-side revolution of the 1980s. Benko emphasizes that it wasn’t a right-wing phenomenon, Democrats came together with Republicans. One end of the capitalist spectrum is ordoliberalism, “socially conscious free markets” supported by Democrats. The income tax rate was reduced by 30 percent for everyone, followed by reducing the top rate to 28 percent. These moves supercharged America’s growth. Capping the top rate at 28 percent is Benko’s First Commandment (today it’s at  37 percent).

Grover Norquist, founder and president of Americans for Tax Reform, asks politicians to pledge not to raise taxes. During an appearance on 60 Minutes, host Steve Kroft badgered Norquist into admitting that he tries to get rid of anyone who breaks the pledge. Norquist responded in the affirmative, “To encourage them to go into another line of work, like shoplifting or bank robbing, where they have to do their own stealing.”

Benko explains how it’s unfair that the government taxes the sale of investments because this doesn’t take into account inflation. The $1,000 you invested 20 years ago would have to increase to $1,500 now in order to break even selling it. Confiscating capital is right out of The Communist Manifesto. So his Third Commandment would index assets to inflation for the purpose of taxing capital gains.

Benko puts forth a strong argument for returning to the gold standard in Commandment Six. Did you know that President Donald Trump, Steve Forbes, Alan Greenspan, Lewis E. Lehrman and Ron Paul all support it? There was an effort to return to the gold standard awhile back but it fizzled because of foolishness. “A cult-like dystopian subculture preached that the paper dollar standard would collapse, imminently.”

The Bank of England published a white paper a few years ago which revealed that if we’d remained on the gold standard, “The average person’s real income would be nearly 50% higher, the increase in prices would be nearly 50% lower” and other economic benefits.

Reagan once said about Congress, "I made a speech a while ago comparing their spending habits to those of drunken sailors. And then a number of my staff members told me that that was unfair to drunken sailors because they at least were doing it with their own money.” Commandment Seven would limit spending by adopting a balanced budget amendment that requires a supermajority to suspend.

The Eighth Commandment prohibits civil asset forfeiture. The Fourteenth Amendment to the Constitution clearly states that no person shall "be deprived of life, liberty, or property, without due process of law." Seizing people’s property before they’ve had a trial clearly violates this; it is perplexing that these laws have been allowed to remain on the books. Fortunately, there is a growing movement to eliminate them.

The left pretends to sound patriotic by frequently declaring that America is a democracy (that characterization isn’t even accurate, we are a hybrid democratic republic). But the reality is, “It sneakily prefers to use the government institutions least responsive to the will of the people to advance its socialist agenda.” The left uses bureaucrats and judges to “cram its socialist policies down our throats.” The Ninth Commandment would require regulations affecting more than $100 million to be passed by Congress and signed by the president (the REINS Act).

The final Commandment eliminates government controls over wages and prices, including telecommunication services, rent and setting a minimum wage. Benko provides several examples of how repealing these laws has resulted in lower prices and higher wages. Reagan decontrolled oil and gas prices, and there was no spike in gas prices.

In recent years there has been a push for a “net neutrality” law, which would prohibit telecommunications companies from charging companies like Netflix, which use a significant bandwidth of data, more than a company merely delivering email. “The seductively framed ‘net neutrality’ would have taken us back toward dial-up rather than letting us vault ahead to the power to download a movie in less than 10 seconds rather than 7 minutes.”

In 1950, nearly half the world’s population lived under Marxist governments. Reagan changed all that, by starting the overthrow of those governments. But are we turning back? Benko warns against the current love fest with “democratic socialism” sweeping the youth, observing that the 2016 Democratic national platform leaned toward or adopted all six of the still-relevant 10 planks of The Communist Manifesto.

Fortunately, we have a resurgence of interest in capitalism as well with Make America Great Again. The Capitalist League, founded by Benko and William Collier, has already drawn 137,000 Facebook followers worldwide in just a few months. Capitalism is “the secret recipe for equitable prosperity.” Let’s hope Congress believes in these Ten Commandments. 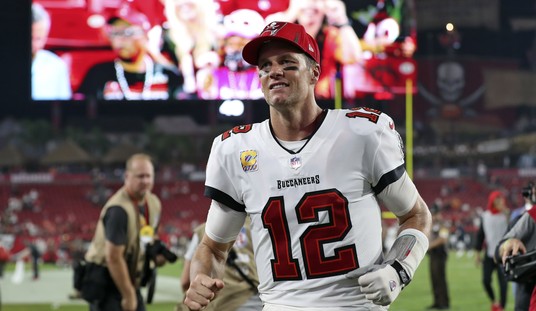