A National Solution to the Boy Crisis?

Rachel Alexander
|
Posted: Feb 24, 2020 12:01 AM
Share   Tweet
The opinions expressed by columnists are their own and do not necessarily represent the views of Townhall.com. 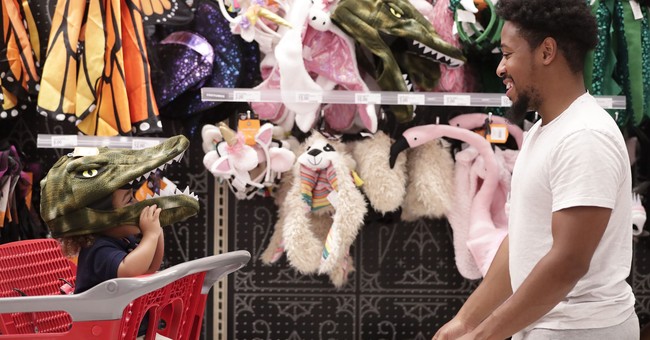 Dr. Warren Farrell is known for his 2018 groundbreaking book, The Boy Crisis. In it, he gives the evidence for the crisis as a global crisis, and identifies the single biggest cause as a lack of father involvement (“the boy crisis resides where fathers do not reside”). He’s been trying to bring national attention to this, and has finally gotten the attention of the White House. He initially wanted the administration to start a White House Council on Boys and Men, but was told President Trump isn’t really into creating councils.

Farrell spoke with several high-level officials from the Health and Human Services agency, who have heard his talks. Next, he spoke with high level officials from the White House and DOJ, presenting the problem and proposing solutions. He explained how there are both economic and psychological costs of not attending to father involvement and family. He recommends creating an overarching program called Make the American Family Great Again. Underneath that would be a Father Warrior Training program to implement it. The program would teach boys how to be great future fathers; how to love and be loved in the family. They would learn in elementary school how to care and be responsible.

Trump could issue an executive order that asks each department of government to look at their already-existing programs and see how they could be channeled to address the problems in the boy crisis. Farrell documents how promoting father involvement and addressing the problems boys face would actually reduce the size of government, since dad involvement, male teachers, male mentors and dozens of other changes would lead to fewer boys and men committing crimes and being sent to prison. And fewer ISIS recruits, the great majority of whom are dad deprived. Similarly, all five of the U.S. school shooters in the 21st century who killed 10 or more people, whose backgrounds we know about, were dad deprived. And dad-deprived boys’ mothers are also more likely to turn to the government-as-substitute husband. Farrell estimates that neglecting the boy crisis costs taxpayers about a trillion dollars per year.

Farrell has also reached out to the Democratic presidential candidates. He interviewed seven of them in depth about this issue, and all were very receptive. However, when he talked to their campaign managers afterwards, they expressed their doubts, saying a focus on father involvement would alienate three parts of their Democratic base: unwed mothers, divorced mothers and lesbian couples.

Unfortunately, the vast majority of society’s attention gets focused on women and girls. But it’s not women filling up the prisons and who become separated from their children. Women now attend college in higher numbers than men, and there are more women in the workplace than men. Boys are 44% more likely than girls to drop out of high school, and 20% of these dropouts are unemployed in their 20s. That is more than five times the national unemployment rate.

Critics complain about toxic masculinity, but they don’t understand the causes. It’s not because of male privilege, it’s because of male sacrifice. Boys are trained to be heroes, serve in the military where they’re disposable and taught to keep their feelings to themselves. These do create toxicities, but ones that emanate from sacrifice. Farrell suggests that a better future will include training our sons for a balance between health intelligence and heroic intelligence.

Farrell has also recommended to the White House a Male Teacher Corps — giving scholarships to men to become elementary school teachers in exchange for serving at least two years as one. He found that children most in jeopardy go from mom-only homes to female teachers in elementary school or nursery school. An astounding 95% of elementary school teachers are women. Boys who don’t have male role models that are constructive are vulnerable to male role models who are destructive — like gang leaders and drug dealers. In his research for The Boy Crisis, Farrell uncovered nine differences between male and female styles of parenting. The children who do the best have what he calls “checks-and-balance parenting.”

The boy crisis has already started getting national attention. Federal Reserve chair Jerome Powell said the two big crises facing the U.S. are cyberwarfare and boys not doing as well as they could, especially in artificial intelligence and tech. He recommends a massive increase in vocational education, especially in AI and tech. In Japan, 30% of students are in vocational ed., and 99.6% of those who graduate get jobs after graduation.

Farrell is dynamic and charismatic, the right person to lead this effort. He’s my favorite person to interview, and his book was one of the best books I’ve ever read. Farrell recommends that people interested in helping contact their representatives and tell them there is a boy crisis and something needs to be done. It’s time to swing the pendulum back from solely focusing on women’s problems and stop ignoring what’s going on with our boys.