Rachel Alexander
|
Posted: Mar 20, 2017 12:01 AM
Share   Tweet
The opinions expressed by columnists are their own and do not necessarily represent the views of Townhall.com. 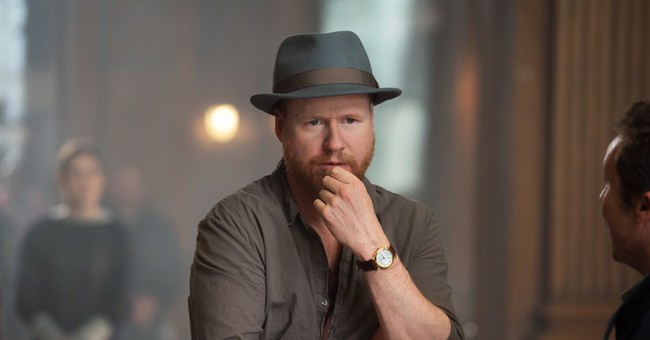 The left has done a 180 since its free speech heyday of the 1960s. What used to be anything goes, and protecting the First Amendment right to say controversial things, has morphed into a treacherous map of what you can and cannot say. Universities, which were once a bastion of free speech, have now become the most hostile areas of all. If you do not agree with the left — even if you are on the left — expect to be savagely targeted. You could lose your job, your career, and reputation over just one social media post. Not to mention being bombarded with vitriolic, threatening emails. Left-wing comedians now avoid performing comedy routines on university campuses. Conservative speakers are violently stopped from speaking engagements there.

Conservatives now walk on eggshells throughout society, just one tweet away from having their lives destroyed. The rise of social media has made it easy for the left to monitor everyone on the right. Since some successful conservative pundits as well as anonymous social media accounts get away with tweeting politically incorrect statements, others feel a false sense in comfort in engaging similarly, sometimes merely retweeting the remarks. But the reality is, for most of us, something you post could end up on the front page of the newspaper the next day. The private comfort of your home where you post on social media is deceptive.

The left used to accuse the right of being authoritarian and judgmental, due to laws against abortion, drug use and frowning upon sexual promiscuity. Fifty years later, the right has been proven right in those arenas, which were never anywhere near the level of an authoritarian society but merely common sense. Ever advancing technology confirms a baby is terminated during an abortion, it is not some mindless clump of tissue. The emotional strife abortions leave mothers and fathers with is often devastating, haunting them the rest of their lives. Drug use is not a victimless crime, and causes all kinds of harm to the abuser, including increasing their likelihood of becoming a burden on society. Sexual promiscuity is also not victimless, leading to broken families, unwanted pregnancies and STDs.

The less-churched left frequently takes one verse out of the New Testament and shakes it at the right, “Judge not lest ye be judged,” from Matthew 7:1. Yet Jesus didn’t mean to excuse every possible action. He meant that criticizing someone else must be done the right way. Jesus further explained in the next verse, which liberals leave out, “For in the way you judge, you will be judged; and by your standard of measure, it will be measured to you.”

Out of one side of their mouths, the left shuts down opposing viewpoints with Matthew 7:1. Only the left is allowed to be the final arbiter of what constitutes judgmentalism (it’s easy — anything that comes from the right). Out of the other side of their mouths, the left judges like crazy, and the punishments are quite harsh. Tweet something critical of radical Islam? Lose your position with ESPN. Don’t agree with Christian businesses servicing same-sex weddings? You will be prosecuted to the full extent of the law, lose your business and your savings. And here’s the most telling scenario: Anonymously tweet criticism of the left’s authoritarian ways? They will track you down at your university professorship and you will lose your job.

The left keeps coming up with more and more ways to implement this judgmentalism against conservatives. It began with political correctness around the end of the 1990s, with words like sexism, racism and prejudice bandied about (with the left’s chosen meanings for those words). It expanded into code words like diversity, multiculturalism, tolerance and social justice. Recently, it’s started exploding into many more words like safe spaces, trigger warnings, snowflakes, anti-discrimination and Black Lives Matter. There has also been a splintering off across language, preferring certain phrases while censoring out others: climate change instead of manmade global warming, peaceful migrants instead of illegal immigrants (or aliens), lone gunman instead of Islamic terrorist, and anti-abortion instead of pro-life. Much of these Orwellian word changes have been encoded in media through the left-leaning AP Stylebook, as I recently covered.

Disagree with any of the “values” that go along with those code words and expect the wrath of judgment to come down upon you. The left has become the modern-day equivalent of the Pharisees from Biblical times, pretending to act morally righteous while brutally serving their own version of morality on everyone who disagrees. Jesus warned about the Pharisees, who were the keepers of Old Testament law, “obey everything they teach you, but don’t do as they do. After all, they say one thing and do something else.” His characterization of the judgmental leaders could easily be describing how the left treats the middle class and poor with the modern welfare state, “They pile heavy burdens on people’s shoulders and won’t lift a finger to help. Everything they do is just to show off in front of others.”

There seems to be no end in sight to how far the left’s purges will go; they have become so authoritarian and single-minded in their goal of stamping out all dissent. Since the left controls much of the educational system and media, it has tremendous power. Many of these totalitarian policies have been made into law under the Obama administration, the left-leaning legal system and in “progressive” areas of the country.

Fortunately, the left went too far, and a majority of Americans had enough, electing politically incorrect Donald Trump as president and Republicans in control of both houses of Congress. Trump is thwarting the biased media by tweeting directly to the people and eliminating past privileges the “fake news” media had with presidents. Since it is unknown how long this pushback will last, it is imperative to call the censorship out for what it is, totalitarianism, and defend those on the front lines who are being cruelly targeted. It’s no longer just the politically correct left, it’s the totalitarian left.

The late Charles Colson tells the story of a pastor who was about to be taken away in December 1989 by the Secret Police in communist Romania, which was under the dictatorship of Nicolai Ceausescu. Pastor Laszlo Tokes had been vocally critical of the totalitarian regime. Members of Tokes’ congregation refused to let the police take him and his pregnant wife, forming a massive human shield around the entrance to the church building. Soon, believers from Christian churches of many denominations nearby showed up to join the blockade, carrying candles. They remained vigilant all night, and began yelling, “Liberty! Freedom!” The Secret Police eventually forced their way through on December 17 and seized the pair, but the event had helped trigger the Romanian Revolution. Within a few days, Ceausescu was overthrown and the Tokes were freed.

Until a relatively safe, high level of Americans recognize how far the American left has lurched toward socialism and communism — who would have ever predicted the only socialist in Congress, Bernie Sanders, would one day be considered a mainstream Democratic presidential candidate little different than the frontrunner — we are at risk of no longer being a free country.