And a Player to Be Named Later...
OPINION

Judge Unravels Illegal Activity by Prosecution That Ensured a Conviction of Renzi — But Will He Do Anything About it?

Rachel Alexander  |  Nov 02, 2015
The opinions expressed by columnists are their own and do not necessarily represent the views of Townhall.com.
Top Columns
Trending on Townhall Media 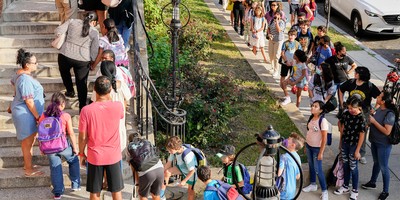 Last Monday, Federal District Court Judge David Bury held an evidentiary hearing in Tucson to consider new evidence that prosecutorial wrongdoing took place during the criminal prosecution of imprisoned former Congressman Rick Renzi. Specifically, the judge considered whether the the FBI had offered money to — the one “victim” Renzi had allegedly extorted — to change his testimony and make it unfavorable toward Renzi in order to ensure a conviction. As the hearing was ending, the shocking bribery was exposed, Judge Bury told chief DOJ prosecuting attorney Gary Restaino he wrongly violated Renzi’s rights.

Who is Restaino and why was he so intent on convicting Renzi that he would violate the law? His wife, Leezie Kim, worked closely for former Arizona Democratic Governor Janet Napolitano, and Renzi had been rumored to be a potential contender against her for governor in 2006. In 2003, Kim took a sabbatical from Quarles Brady where she was an attorney to serve as the executive director of Napolitano’s Governor’s Citizens Finance Review Commission. She became the treasurer of Napolitano’s 2006 gubernatorial campaign and the treasurer of the Competitive Edge PAC in 2007, which was primarily started to support Napolitano.

Kim next became Napolitano’s general counsel in February 2008, and after Napolitano was confirmed as Secretary of Homeland Security, joined her in Washington as a deputy general counsel. Kim left Washington in 2010 after news reports indicated that she was involved in efforts to limit responses to politically sensitive Freedom of Information Act requests. In addition to these active roles, Kim also donated $400 to the Arizona Democratic Party in 2005 and $928 to Democratic candidates in 2008.

Like his wife, Restaino is also a staunch Democrat who has donated to numerous Democrats in the past, including Barack Obama, Hillary Clinton, Janet Napolitano and Felecia Rotellini. He contributed money to the Arizona Democratic Party, which turned around and sent out an attack mailer against Renzi prior to the 2006 election. This happened while Restaino was prosecuting Renzi.

None of this activity was ever disclosed to the defense. As anyone with a political pulse from Arizona knows, Napolitano has done more to promote Democrats and destroy Republicans than any elected public official in the state ever, much of it behind the scenes.

Renzi’s position all along is that he didn’t propose the federal land swap and would not have benefited from it — so there was no illegal activity. He simply thought it was a good deal for all the parties involved — even the Nature Conservancy had testified in favor of the land swap — and started to put the wheels in motion to make it happen. No good deeds go unpunished.

In July, Renzi discoveredthat the government’s key witness, businessman Philip Aries, who was to participate in the land swap, had emailed Restaino in July inquiring where his money for cooperating against Renzi would pay off. Aries had been told he would receive a monetary reward for testifying unfavorably against Renzi. Renzi believes, and the evidence supports, that Aries initially was going to testify and exonerate Renzi until the government promised him money, which is illegal without providing notice to the defense.

The government engaged in multiple illegal wiretaps of phone calls to Renzi, which were thrown out of the original trial. Ironically, in one recorded call, Aries admitted that it was he — not Renzi — who had proposed the land for the swap, known as the Sandlin property. Yet, during the trial, Aries curiously changed his tune, no doubt due to the promise of reward money, and testified that it was Renzi’s idea.

The hearing on Monday was full of contradictory statements — at a minimum, one or both of the two witnesses impeached themselves; at worst, they committed perjury. The primary FBI agent on the case, Dan Odom, kept denying that he offered Aries a payoff for testifying against Renzi. But Aries discussed in length during his testimony how money was offered to him — almost breaking down into tears as he discussed how he was going through a traumatic time in his life when he received the generous offer. Aries filed bankruptcy shortly afterwards, so it was pretty clear he needed the money.

Agent Odom admitted on the stand that he received promotions after his efforts persuading Aries to record phone calls with Renzi and testify against him. He also admitted that he thought Aries should be compensated for his extensive work recording conversations with Renzi and assisting with the case against him — which seemed to clearly contradict his statements that he never offered Aries any money.

In criminal cases where the prosecution has withheld favorable evidence to the defense, a new trial has been ordered. At a minimum, the jury should have been informed of this bias by the prosecution’s key witness and alleged victim. With the prosecution’s star witness thoroughly discredited as motivated by money, Renzi deserves a new trial.

Judge Bury suggested at the conclusion of the hearing that Aries’ credibility had already been called into question during the original trial, so it was less material now. If so, why was Aries allowed to testify to the jury at the original trial as the prosecution’s key witness? Regardless, in Horton v. Mayle, a recent case in this Ninth Circuit jurisdiction, the court held that some evidence of bias does not diminish the value of other evidence describing a different source of bias.

This case exemplifies the problem with our legal system: it is fraught with corruption. Federal judges have a cordial relationship with Department of Justice prosecutors and want to keep it that way. No one wants to get on the wrong side of the powerful DOJ, especially when the president is calling the shots and can have anyone targeted. A former manager at the DOJ told me about a year ago that attorneys there just dutifully and quietly took their walking orders from above, fully aware their bosses were instructing them to target people they didn’t like.

Compounding the problem in Renzi’s case is the complexity of the case. The left goes out of its way to target conservatives involved in complex business deals, because they know the average American (or juror) does not have the time nor knowledge to understand the facts in these types of cases. Use the phrases “white collar crime” and “public corruption” and everyone will start nodding, even if they have no idea what the facts are — it just sounds vaguely unethical.

It has been a Justice Department that decided that they want to pick who the winners and losers are. They like General Motors, so they give them a pass. They don't like somebody else like David Petraeus, they prosecute them and send a decorated general on to disgrace. It's a political Justice Department.

While General Petraeus may have done an outstanding job as a general, in his personal morals, he failed, which ma\y have put the country at risk. He was prosecuted for far lessthan Hillary Clinton is accused of. Renzi has suffered for too long in prison since February. Upon first glance, this seems like just any other criminal case. But once you start looking under the prosecutorial spin, the facts just don't convict Renzi and certainly provide no justification for sending him to prison.