Mass Shootings: It’s Time To Go Back To Institutionalizing The Severely Mentally Ill 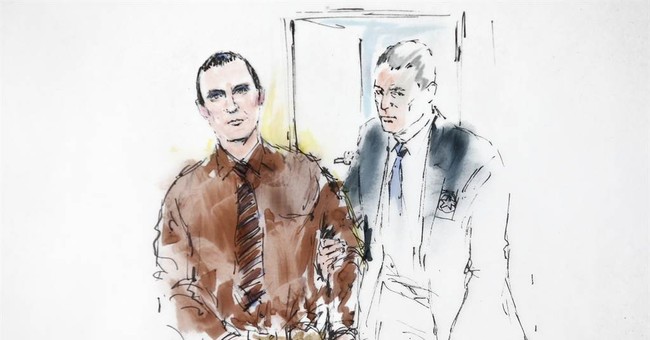 The left consistently blames guns for school shootings, while mostly ignoring the big elephant in the room: mental illness. Up until the 1960s, the severely mentally ill were locked up in psychiatric hospitals, for their own good and for the protection of society. The ACLU and the left changed that, by successfully suing to get them released out onto the streets. So now, they make up much of our homeless population. From there, many have predictably ended up in our prison system. The rate of mental illness in U.S. prisons is five times greater than in the regular population, and people with serious mental illness are three to four times more likely to be violent than others.

While access to guns has decreased, there is one common denominator that most, if not all, mass shooters reflects, which is mental illness. While some liberals are finally gingerly mentioning mental illness now, most liberals dare to state the obvious - the mass shooters should have been locked up when there were telltale signs. In 2005, Virginia Special Justice Paul Barnett wrote in an order that future Virginia Tech mass shooter Seung-Hui Cho "presented an imminent danger to himself as a result of mental illness," but instead of committing him to an institution - which would have also removed his ability to buy firearms for his future mass shooting - he only recommended outpatient treatment. The mother of Adam Lanza, the Sandy Creek Elementary School shooter, who was also one of the victims fatally shot by him, had been making plans to have him institutionalized. The mother of Elliot Rodger, the 22-year old who went on a shooting and knifing spree in Isla Vista, Calif., last month, called the police on her son prior to the shooting incident. While in college, he tried to push a girl off a ledge.

The father of Jared Loughner- who seriously injured Congresswoman Gabby Giffords and fatally shot others in Tucson - used to disable his son’s car every night in order to stop him from leaving the house, confiscated his shotgun, and urged him to get help for his erratic and drug-addicted behavior. Lanza was heavily addicted to violent video games, and apparently refused to talk to anyone, including his dad and brother. He would communicate with his mother, whom he lived with, only over email. Eric Harris and Dylan Klebold, who shot fellow students at Columbine High School in 1999, were both addicted to violent video games and discussed building explosives on their blog.

Many of these mass killers were no longer children. While many parents are conflicted about locking up their minor children; once those children become adults at around age 18 or so, parents need to take the tough love steps to have them committed if they believe they are a danger to society.

Loughner was 23 when he shot Congresswoman Giffords and others in Tucson. Adam Lanza was 20 when he shot students and teachers at Sandy Hook Elementary School in Newtown, Conn. Seung-Hui Cho was 23 when he killed 32 people and wounded 17 others at Virginia Polytechnic Institute and State University. Elliot Rodger was 22 when he went on his killing spree in California last month.

Sadly, society has swung back so far from committing the mentally ill, that parents are given mixed signals about what to do with disturbed children. No one wants to offend parents, or mistakenly commit children who may have less severe problems - a legitimate concern - so the medical community errs on the side of not committing the seriously crazy to mental institutions.

A generic prohibition on blocking all “mentally ill” - a very broad term which could be used to hurt the innocent - from buying firearms will not fix the problem. Statistics from Colorado reveal that doing this in recent years has had only a negligible effect on violent crime. “Adding the mental health records [to the background check system] only prevented an estimated 14 violent crimes a year, or less than one half of one percent of the state’s overall violent crime.”

In order to fix this, aren’t there common denominators we all can agree upon when someone should be institutionalized? Who would not agree, looking back at the revealing early signs from most of these mass killers, is that most, if not all of these egregious examples, should have been institutionalized?

Gun laws are ignored by criminals, so increasing the number and severity of gun laws won’t solve the problem either. Many of the killers obtained their weapons illegally. Harris and Klebold had an 18-year-old friend purchase firearms for them. Lanza stole his mother’s firearms. Many of the guns used by the mass shooters were pistols or shotguns - yet the gun control crowd always clamors to restrict AR-15s or “assault weapons,” not pistols. Rodger used a knife to stab his three roommates to death.

Mass shootings today come down to a gradual deterioration in societal values, bullying innocent kids, lazy parenting, mainly due to the incredible demands today. Children are bombarded with increasing violence in video games, movies and TV shows glorifying gun violence. Their brains are at a developmental stage that is at a highly influenceable stage as teenagers. Unless parents take responsibility and limit exposure to this violent media, there is a risk that the least unstable children among us will be wrongly influenced by this garbage.

Once parents start seeing signs that they have children who are extremely mentally unstable, they need to take steps to fix the problem. And the system should support them, not negatively influence them. This isn’t going to be popular to say, but the laws must be changed to make it easier to lock people up - even against their will.