America and the Nexus between Free Speech, Minorities and Refugees 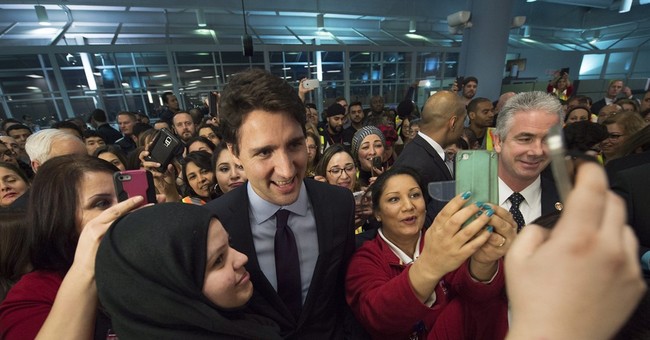 The co-author for this column is Rabbi Alderstein

US Attorney General Loretta Lynch infuriated many Americans when she told a Muslim gathering that the Justice Department would “take action” against individuals who “lift the mantle of anti-Muslim rhetoric.” Lynch, the highest legal official of the nation, seems to have had a momentary lapse about our Constitution, which guarantees Americans freedom of expression, including hate speech.

Her instincts about the potential damage from hate speech, however, were correct. Speech shapes attitudes, and attitudes lead to action. Free (hate) speech often comes at a hefty price for minorities targeted by hate on the streets and online. FBI statistics on hate crimes spawned by race and religion are topped by African Americans and American Jews, respectively, every year. When people paint all Muslims in deathly black hues, hatred and contempt are sure to follow. And sometimes bigotry translates into bullets or arson.

There is no gene for hatred. Youngsters learn it from others—from parents and peers; from sermons and social media. So Americans would do well to heed calls to oppose hateful barbs aimed at our Muslim neighbors.

It also follows that officials should be vigilant about attitudes of refugees seeking to emigrate to the United States. The Syrian people are trapped in a black hole of civil war, a criminal regime, wholesale slaughter and ISIS barbarity. The world has witnessed a desperate exodus with migrants and refugees literally washing up on mostly European shores. Here in the U.S, the President finds himself caught in a fierce debate with critics demanding that we know more about each applicant, lest there be ISIS operatives amongst them. Others object to questions visa applicants are asked, including: “Have you ever been a member of a terrorist organization?” Clearly, the entire vetting system needs a reboot.

A good place to start is in understanding the values the American-wannabees carry in their luggage.

Syria, before its descent into chaos, formalized a twelve-year educational system in 1967. Despite the secular tendencies of the Baath Party that controlled Syria for the last half-century, it included mandatory religious education. An overriding goal was convincing the majority Sunni population that the small governing Alawite sect were also good Muslims. The religious education incorporated by the Ministry of Education hewed to a strict – albeit not fundamentalist – Sunni interpretation, to the exclusion of all others.

Only a small number of studies of Syrian textbooks have been published, although they stop around 2003. Nonetheless, they give us a good picture of what Syrians who may soon be our neighbors were taught for decades.

According to one of the most cited studies, Prof. Joshua Landis at University of Oklahoma found that the Syrian textbooks do not malign Christians, unlike those of other Arab countries. However, Jews – not Israel – are singled out for contempt and extermination. A tenth grade text book teaches: “The logic of justice requires the application of a single inescapable verdict on the Jews; namely, that their criminal intentions be turned against them and that they be eliminated.”

All other religions are treated even more poorly. Landis’ summary: “Islam accepts only two choices for pagans [i.e. disbelievers, or members of any religion other than those that revere the Bible]: that they convert to Islam or be killed.”

Do attitudes of intolerance affect behavior? In a recent interview with La Stampa, Syed Farook, the father of San Bernardino mass murderer Syed Rizwan Farook, spoke of his efforts to convince his son that taking up arms was not necessary. His message to his son was hardly a model of tolerance and understanding. “Certain problems disappear on their own,” he said. “In two years Israel will not exist anymore. Geopolitics is changing: Russia, China and America don’t want Jews there anymore. They are going to bring the Jews back to Ukraine.”

Do attitudes determine behavior? Not always. But we owe it to ourselves to learn as much about pervasive attitudes in other societies, and figure out their impact on any candidate seeking admission to the US.

It can be done. Through carefully prepared, objective evaluative tools, applicants for intelligence work are screened for loyalty and likelihood of committing. The psychological community has similar exams that pick up on antisocial traits, deceit, paranoia, elitism, narcissistic qualities, ethnocentric delusions and other characteristics which would make some candidates excellent choices for admission, and others less so. That kind of screening, alongside medical evaluation, should serve as the cornerstone of the process.

The lyrics from South Pacific still reverberate: “You've got to be taught before it's too late/

Before you are six or seven or eight/ To hate all the people your relatives hate.” Hatred can sometimes be overcome. Sometimes it can’t. Minimally, we need to be knowledgeable and honest about what others have been taught about us from an early age. Then we can act from a position of strength and compassion.