Phyllis Schlafly
|
Posted: Feb 01, 2016 9:22 PM
Share   Tweet
The opinions expressed by columnists are their own and do not necessarily represent the views of Townhall.com. 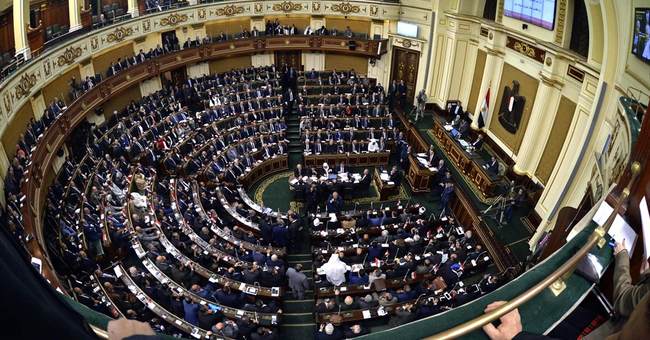 On the eve of the Iowa caucuses, where the first ballots for the next president are cast, Senator Jeff Sessions, R., AL, who has not endorsed a candidate, gave a round of interviews declaring that 2016 "is the last chance for the American people to take back control of their government."

"This election is different because we have pell-mell erosion of law, the constitutional order, where President Obama has pushed an agenda that eviscerates the immigration legal system, and pushed this trade agreement that will commence decades of transferring American economic power to an ever-expanding international commission. It's just not going to stop."

"This is the way the European Union began," he added. Daily news reports are now vividly describing how the EU is disintegrating, making Americans mighty glad we never joined any proposed North American Union.

Europe has been in an uproar for months over Germany's decision to admit 1.1 million refugees, mostly young men of fighting age from war-torn countries, and German Chancellor Angela Merkel has finally started to backtrack from that reckless decision. Merkel announced that refugees will be sent back home after the war is over in their homeland, and she even suggested that border guards should shoot at migrants who try to enter Germany illegally.

In Britain, meanwhile, Prime Minister David Cameron has been trying to get permission from the Eurocrats to impose a four-year waiting period for the most generous welfare benefits, in order to discourage new immigrants from other EU countries. A spokesman for the grassroots organization called Leave. EU points out that even if Cameron's proposal were approved, "we are not even asking for an end to the supremacy of EU law over national law, genuine control over migration or independent representation on global bodies and the power to make our own trade deals."

Our nation's sovereignty depends on control of both immigration and trade, and that's why Senator Sessions urges voters to choose a candidate who promises to kill the Trans-Pacific Partnership trade deal with nearly a dozen Asian nations. A new study by economists at Tufts University predicts that U.S. ratification of the TPP would shrink our GDP by $100 billion, leading to a loss of 448,000 American jobs.

"This election will be the last chance for Americans to get control of their government," said Sessions, after 30 years of promises to end illegal immigration. "I think this election is the big one.

"To win, Republicans need to demonstrate that they care about the average person who goes to work every day," he added. Average Americans are tired of paying billions in welfare handouts to immigrants who are undermining U.S. wages.

"People should have total confidence and a clear commitment on those issues. If they don't, then they don't have my vote," he said.

The importance of Sessions' statements on key issues in the presidential race -- especially immigration and TPP -- should not be underestimated. Sessions warned that, if the next president approves the TPP, it would put our trade with Asia under a powerful international commission on which the United States would have just one vote.

Our immigration policy has been anti-American, decade after decade, and the voters need to know that 2016 might be our last chance to elect a president who can reduce this tide of illegals crossing our borders. The interests of working Americans, their jobs, their wages, their hospitals, their schools, and the public safety, must "be put first," Sessions urged.

"We need a president with the credibility to tell the world that the time of illegality is over. Do not come to this country unlawfully," he said.

"Make sure -- because this could be the last chance -- that the vote you cast is for a person who is going to, with courage and steadfastness, fix the immigration system that's so broken and is adversely impacting Americans' safety, their wages, their hospitals, their schools, those kind of things," Sessions said during an appearance on the Howie Carr radio program, which is heard throughout New Hampshire.

"And also we need to know with absolute clarity: are you for or against the Trans-Pacific Partnership," he added. "It must not pass."

"This may be the last opportunity the American people will have to have their will imposed and create a lawful immigration system that serves the national interest," Sessions emphasized. "I know we have to talk about the economy, national security, and the military, and the budget, and it's hard to know who's got the best idea," Sessions said.

"But on these two issues [immigration and TPP], I think the voters should say, 'If you're not going to be right on those, I'm not voting for you in this primary and I'm not going to vote for you as president.' I really think it's that important."