Phyllis Schlafly
|
Posted: Jan 26, 2016 12:01 AM
Share   Tweet
The opinions expressed by columnists are their own and do not necessarily represent the views of Townhall.com. 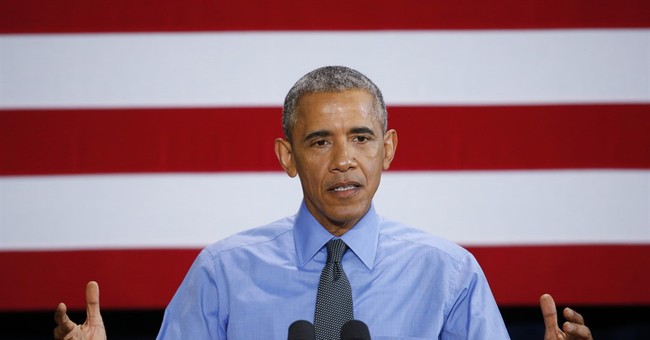 A new set of undercover videos has been released by Project Veritas, the organization started by young journalist James O’Keefe who exposed ACORN in 2009 and NPR in 2011, resulting in the resignation of top officials at both organizations. The new videos reveal the mindset of the people who developed the Common Core education materials and the publishers who profit from it.

The expose comes just in time for the opening of this year’s Education Policy Conference in St. Louis, which is the essential event for parents, citizens and educators concerned about what our children are being taught (and not taught) in public schools. For 27 years, EPC has led the fight against education fads and fallacies such as Values Clarification, Outcome-Based Education, Goals 2000, School-to-Work, and now Common Core.

Undercover video or audio has become a standard tool of both left and right in political debate. Remember the 2012 video in which Republican presidential candidate Mitt Romney suggested that he had nothing to offer the "47 percent" of Americans who pay no income tax and are dependent on the government.

President Obama has been embarrassed by recordings of his spontaneous comments, such as the time he told Joe the Plumber that small businesses would pay higher federal income taxes because "I think when you spread the wealth around, it’s good for everybody," or the time Obama said "if you’ve been successful, you didn’t get there on your own. If you’ve got a business, you didn’t build that. Somebody else made that happen."

Then there was the time Obama promised to burden coal-fueled electric power plants with "ratcheted-down caps that are imposed every year," so that "it will bankrupt them, because they’re gonna be charged a huge sum that will generate billions of dollars that we can invest in solar, wind, and other alternative energy." And last week at a Donald Trump rally in Ames, Iowa, Sarah Palin recalled Obama’s patronizing sneer that people living in "small towns in the Midwest get bitter and they cling to guns or religion or antipathy toward people who aren’t like them or anti-immigrant sentiment or anti-trade sentiment as a way to explain their frustrations."

In his opening blast at Common Core, filmmaker James O’Keefe focuses on the publishing conglomerates that supply nearly all the textbooks in America’s public schools. Two employees of Houghton Mifflin Harcourt are seen admitting that "It’s never about the kids," "I hate kids," and "You don’t think the educational publishing companies are in it for education do you? No, they’re in it for the money."

The publishing executives explain how Common Core has created a vast new market for their products. Only the three biggest publishers have the resources to generate textbooks that are "aligned" to the Common Core standards, a 640-page document that Joy Pullmann says is "written in nearly unintelligible educationese that requires the education equivalent of lawyers to interpret."

A high school teacher describes Common Core as "just another fad. I mean, it’s the same stuff we’ve been teaching forever, they just packaged it differently. Sparkled it up, put some glitter on it, and it’s now the Common Core." The Houghton saleswoman agrees that with Common Core, "you’re repurposing the same thing and slapping a new name on it. Then I can sell a ton of training around whatever you’re calling it."

Perhaps it’s not really newsworthy that publishers are primarily "in it for the money," so that’s why James O’Keefe’s third video is so important. His interview with a former executive of Pearson, the world’s largest publisher of educational materials, shows that the motivation behind Common Core is more nefarious than just a reason to make money.

The Pearson executive, Kim Koerber, declared that “the dead white guys did not create this country."  She further complained that too many people listen to the Fox News Channel.

Koerber stated, "Damn the Second Amendment.  I don’t think personal handguns need to be on anyone except the government, the police. What is the purpose of having a gun?"

Koerber complained that "Texas is just unbelievably awful. I did a presentation for AP US History and they wanted founders in it. They want to teach the Constitution. They want to talk about those dead white guys. You’re getting pushback because there’s a bunch of Republican people. Conservative voters are afraid of everything."

Koerber explained that Islam is covered much more extensively (and favorably) than Christianity, which "is not a core concept at all." Maybe that’s why some Georgia middle school students were taught that "Allah is the same God worshiped by Jews and Christians" and were penalized if they disagreed with that controversial statement, which expresses a religious belief and not a fact.
Media Tries to Dunk on DeSantis Over Teacher Shortage—Gets Schooled Instead
Mia Cathell