The Killing in South Carolina 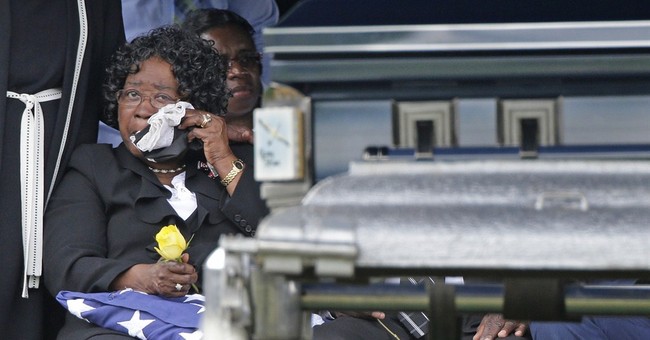 Why was Walter Scott running away from a policeman who tried to stop him for a broken taillight? The media are trying to make a South Carolina policeman's killing of a black man, Walter Scott, another sensational case of racism, but the media have missed the point of the tragedy.

The problem wasn't racism, or even dangerous driving or stolen property. It was caused by the obnoxious anti-father rulings of the family courts and Scott's fear that he would be returned to debtor's prison. Scott had already been jailed three times for failure to pay child support, and he didn't want to be sent to prison again.

Debtors' prisons were common in England in the colonial period. You can read about them in the writings of Charles Dickens, who wrote from first-hand knowledge; his own father spent time in a debtor's prison.

We kicked out British rule by the American Revolution and abolished some of its trappings, such as royalty and its titles, primogeniture and bowing to our top national official. We thought we abolished debtor's prisons even before we abolished slavery, but they continue to exist today to punish men who are too poor to pay what is falsely labeled "child support."

We say "falsely" because the money collected from the poor guy usually doesn't go to his kid or her mother. It just supports the welfare-state bureaucracy.

Of course, it wasn't wise to try to outrun the policeman's gun, but this sad event should make us reevaluate the policy of repeatedly sending a penniless man to jail for failure to pay so-called child support.

These guys don't have the money to hire a defense lawyer, which they should be given when jail is the cost of losing the case.

When corporations can't pay their debts, they can take bankruptcy, which means they pay off their debts for pennies on the dollar over many years. But a man can never get an alleged "child support" debt forgiven or reduced, even if he is out of a job, penniless, homeless, medically incapacitated, incarcerated (justly or unjustly), can't afford a lawyer, serving in our Armed Forces overseas, isn't the father or never owed the money in the first place.

The reason "child-support" debt can never be reduced by the court is the Bradley Amendment, named after a Democratic senator from New Jersey and one-time presidential candidate. That law should be repealed.

Fifteen years ago, a family court judge threw Scott in jail because he hadn't made his child support payments on time, and that meant he lost his $35,000-a-year job at a film company, "the best job (he) ever had." He then found some odd jobs but couldn't make enough money to make the support payments the government demanded.

The whole idea that a poor man is expected to support two households, including one with a child he never sees that may not even be his, is contrary to common sense and to all human experience. In too many cases, DNA investigations revealed that the poor guy is not the father of the kid for whom he is ordered to pay child support.

Scott seemed to turn a corner, but after making a couple of payments, he fell behind again and was sent back to jail. He said, "This whole time in jail, my child support is still going up."

Walter Scott's older brother, Anthony Scott, told the Charleston Post and Courier, "Everybody knows why he ran away." A bench warrant had been issued for his arrest for failure to pay enough child support.

A survey of county jails in South Carolina found that at least 1 out of every 8 incarcerated people is there for not paying so-called child support. All this imprisonment is imposed without any jury trial, due process or the benefit of a lawyer to defend the guy.

According to CUNY Law School Professor Ann Cammett, an expert on incarcerated parents who owe child support, "We have zero evidence that it works. If the goal of the child support system is to get support for children, parents can't do that if they're incarcerated."

One case on this issue went to the U.S. Supreme Court in 2011, but it didn't produce much relief. Michael Turner of South Carolina argued that his constitutional rights had been violated because he didn't have a lawyer at his hearing, even though jail was the penalty if he lost. The Court ordered some minimal "procedural safeguards," but didn't tackle the issue of giving a father the fundamental right of due process before sending him to jail.

We hope Walter Scott's death may help some dads in the future who are unfairly treated by the family courts, not given a lawyer, denied due process and the presumption of innocence until proven guilty.