Cut the Power of the Family Courts 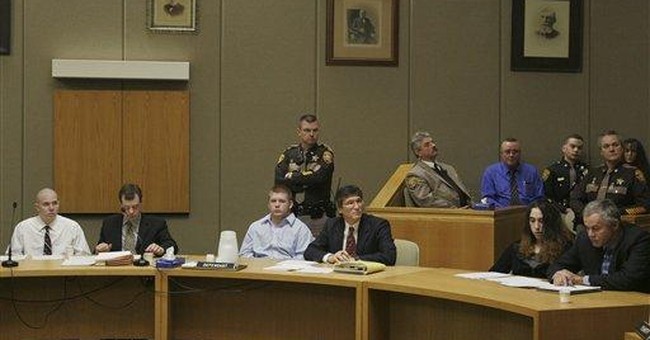 Do you think judges should have the power to decide what religion your children must belong to and which churches they may be prohibited from attending? We have long suspected that family courts are the most dictatorial and biased of all U.S. courts, routinely depriving divorced fathers of due process rights and authority over their own children, but this December a Chicago judge went beyond the pale.

Cook County Circuit Judge Edward Jordan issued a restraining order to prohibit Joseph Reyes from taking his 3-year-old daughter to any non-Jewish religious activities because the ex-wife argued that would contribute to "the emotional detriment of the child." Mrs. Rebecca Reyes wants to raise her daughter in the Jewish religion, and the judge sided with the mother.

As Joseph Reyes' divorce attorney, Joel Brodsky, said when he saw the judge's restraining order: "I almost fell off my chair. I thought maybe we were in Afghanistan and this was the Taliban." The lawyer is appealing.

Doesn't the First Amendment extend to fathers? Apparently not, if they are divorced. This case sounds extreme, but it is a good illustration of how family courts, the lowest in the judicial hierarchy, have become the most dictatorial of all courts because of the tremendous number of families and amounts of private money they control and the lack of accountability for their decisions.

In another divorce case this year, a family court in New Hampshire (where the state motto is "Live Free or Die") ordered 10-year-old Amanda Kurowski to quit being homeschooled by her mother and instead to attend fifth grade in the local public school. Judge Lucinda V. Sadler approved the court-appointed expert's view that Amanda "appeared to reflect her mother's rigidity on questions of faith" and that Amanda "would be best served by exposure to multiple points of view."

Where did family court judges get the power to decide what church and what school the children of divorced parents must attend? Family court judges have amassed this extraordinary power by co-opting and changing the definition of a time-honored concept: "the best interest of the child."

This rule originally came from English common law as compiled by William Blackstone in 1765, and meant that parents are presumed to act in their own children's best interest. For centuries, English and American courts honored parents' rights by recognizing the legal presumption that the best interest of a child is whatever a fit parent says it is, and should not be second-guessed by a judge.

When states revised their family-law statutes in the 1970s, the "best interest of the child" became disconnected from parents' decisions, and family courts assumed the discretion to decide the best interest of children of divorced and unmarried parents.

The notion that persons other than parents should decide what is in a child's best interest is illustrated by the slogan "It takes a village to raise a child." Those who use that slogan understand "village" to mean government courts, government schools or government social workers.

The trouble with the best-interest rule is that it is totally subjective -- it's a matter of individual opinion. Parents make hundreds of different decisions, and should have the right to make their decisions even if they contravene the self-appointed experts.

Whether the decision is big (such as where to go to church or school) or small (such as playing baseball or soccer), there is no objective way to say which is "best."

Since judges are supposed to base their decisions on evidence presented in open court, and there is no objective basis for deciding thousands of questions involved in raising a child, judges call on the testimony of expert witnesses. A big industry has grown up of psychologists, psychiatrists, social workers, custody evaluators, and counselors who are eager to collect fees for giving their opinions.

Having opinions produced by persons with academic degrees is a way to make subjective and arbitrary judgments appear objective. With the volume of cases coming through family courts, judges can evade responsibility for controversial decisions by rubber-stamping opinions of these court-appointed experts.

Scientific American Mind published a scholarly paper in October 2005 by three noted psychologists who explained that the practice of allowing courts to be de facto decision makers "is legally, morally and scientifically wrong. ... Parents should determine their children's lives after separation, just as when they are married. ... Parents, not judges or mental health professionals, are the best experts on their own children."

It's time to call a halt to the practice of letting family court judges make decisions that are rightfully the prerogative of parents.