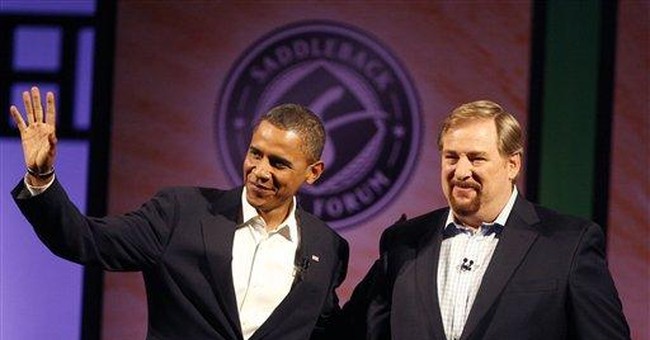 When Candidate Barack Obama declared himself a "citizen of the world" before thousands of cheering German socialists, and later pledged to "rejoin the World Community," those weren't just his usual platitudes about "change." Those words sounded the trumpet for his specific and far-reaching globalist agenda.

Obama plans to use his presidential power to get the Democratic-majority Senate to ratify a series of treaties that would take us a long way toward global rule over our money, our laws, our military, our courts, our customs, our trade and even our use of energy. Here are the treaties he says he wants.

The U.N. Law of the Sea Treaty (LOST), which Ronald Reagan rejected in 1982, is high on Obama's list. LOST has already created the International Seabed Authority (ISA) in Jamaica and given it total regulatory jurisdiction over all the world's oceans and all the riches on the ocean floor.

Corrupt foreign dictators dominate LOST's global bureaucracy, and the United States would have the same vote as Cuba. Likewise for LOST's International Tribunal in Hamburg, Germany, which has the power to decide all disputes.

Even worse, LOST gives the ISA the power to levy international taxes. The real purpose of the taxing power is to compel the United States to spend billions of private-enterprise dollars to mine the ocean floor and then let ISA bureaucrats transfer our wealth to socialist, anti-American nations.

Next on Obama's list is the Comprehensive Nuclear Test Ban Treaty, which was signed by Bill Clinton but rejected by the Senate in 1999. It would prohibit all nuclear explosive testing and thereby allow our nuclear arsenal to deteriorate until the American people are defenseless against rogue regimes such as Iran and North Korea.

A new Global Warming Treaty is starting to be written at the U.N. Climate Change Conference in Poland in order to replace the Kyoto Agreement, which George W. Bush and our Senate refused to ratify. The new treaty would force dramatic reductions in our use of energy -- i.e., our standard of living -- and impose the "strong international norms" that Obama seeks.

Obama is toadying to his feminist friends by pushing ratification of the U.N. Treaty on Women, known as CEDAW. It was signed by Jimmy Carter in 1980 and persistently promoted by Hillary Clinton, but the Senate has so far had the good judgment to refuse to ratify it.

This treaty would require us "to modify the social and cultural patterns of conduct of men and women," to follow U.N. dictates about "family education," to revise our textbooks to conform to feminist ideology in order to ensure "the elimination of any stereotyped concept of the roles of men and women" and to set up a federal "network of child-care facilities."

Article 16 would require us to allow women "to decide number and spacing of their children." Everyone recognizes this as feminist jargon for a U.N. obligation to allow abortion on demand.

Like all U.N. treaties, the U.N. Treaty on Women creates a monitoring commission of so-called "experts" to ensure compliance. The monitors of the Treaty on Women have already singled out Mother's Day as a stereotype that must be eliminated.

Another U.N. Treaty on the list is the U.N. Treaty on the Rights of the Child, which was signed in 1995 by Bill Clinton but wisely never ratified by our Senate. This is a pet project of the people who believe that the "village" (i.e., the government or U.N. "experts") should raise children rather than their parents.

This treaty would give children rights against their parents and society to express their own views "freely in all matters," to receive information of all kinds through "media of the child's choice," to use their "own language," and to have the right to "rest and leisure." This treaty even orders our schools to teach respect for "the Charter of the United Nations."

These Obama-endorsed treaties, every one of which would be a dramatic encroachment on U.S. sovereignty, would be supplemented by trade agreements negotiated by Obama's trade representative, Ron Kirk. He is an enthusiastic supporter of the "global economic community" (which means open borders for "free" trade), of NAFTA and even of the NAFTA Super Highway, which he calls the "true river of trade between our communities."

Kirk's work to lock us into the global economy will be bolstered by Obama's secretary of commerce, Bill Richardson, another aggressive promoter of "free" trade.

Every U.N. treaty would interfere with self-government over some aspect of our lives and would transfer significant power to foreign bureaucrats, many of whom hate and envy America. Obama's U.N. treaties are the enemy of U.S. political and social independence, and Kirk's global economic community is the enemy of good middle-class American jobs.