Even Now, the True Spirit of Public Service Lives on in Wayne County, Michigan

Phill Kline
|
Posted: Nov 23, 2020 11:51 AM
Share   Tweet
The opinions expressed by columnists are their own and do not necessarily represent the views of Townhall.com. 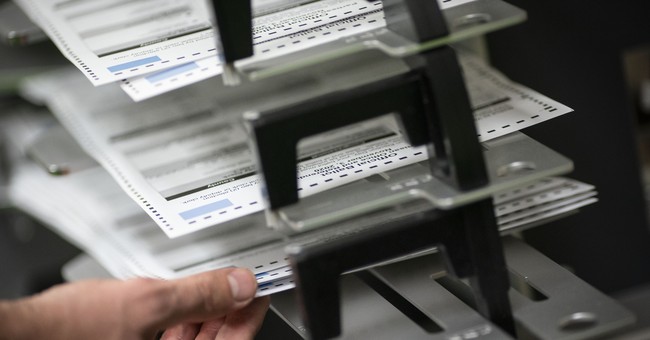 Monica Palmer and William Hartmann of the Wayne County Board of Canvassers deserve the praise and gratitude of all Michiganders and Americans who care about the rule of law and the integrity of our electoral processes.

These two are public servants in the fullest sense, working tirelessly to do the right thing and refusing to compromise their principles despite being subjected to an intense, sustained campaign of bullying, coercion, and intimidation. In addition to vitriolic attacks and death threats from members of the public, they were repeatedly misled and lied to by their own colleagues and other elected officials.

Palmer and Hartmann became overnight national figures following a confusing, marathon meeting that began with them voting not to certify the election results in Detroit, where the final tallies produced significant and unexplained discrepancies from almost three-quarters of Absentee Voter Counting Boards.

Similar issues have plagued the total vote counts in other states, due in large part to the absurd practice of consolidating the vote counting process in large arenas, allegedly to combat COVID-19 risks, rather than the historical and universally recognized process of counting the votes and reviewing flawed ballots at the precinct or ward level. This doesn’t make any sense as a means of preventing the spread of COVID, but it’s an excellent way to introduce confusion, error, and uncertainty into the tabulation process.

Incredibly, officials have refused to release the logs identifying who had access to the keys for ballot drop boxes, who picked up ballots from those boxes, and when those ballots were delivered to the counting centers. Moreover, officials have refused to release the video of these ballot collection locations or information regarding the delivery of tens of thousands of ballots in the early morning hours of November 4 after most Americans had gone to bed seeing President Trump well ahead in numerous battleground states.

Almost immediately after Palmer and Hartmann voted not to certify, they were bombarded by accusations of racism from members of the public and their own colleagues, who accused them of scheming to disenfranchise predominantly-black voters in Detroit. The false narrative escalated rapidly, culminating with credible threats against them and their families, which they had to report to law enforcement.

The fact is, however, that withholding certification has absolutely nothing to do with “disenfranchising” anybody. All it does is give the State Board of Canvassers an extra 10 days to sort out the irregularities in Detroit’s vote tallies before certifying the election results for the entire state. If anything, Palmer and Hartmann were doing their best to prevent any voters from being disenfranchised.

That didn’t seem to matter to their critics, though. The board’s vice chair, Jonathan Kinloch, led the charge by impugning their motives as racist and demanding that they reverse themselves. The board’s own counsel, Janet Anderson-Davis, falsely told them that the discrepancies they were concerned about were beyond the board’s purview, and that they did not even have the authority to oppose certification of the results. As the hours ticked by, they were not offered an opportunity to either break for dinner or return to their homes.

Confused by the misinformation and plagued by legitimate fears for their own safety and the well-being of their families, Palmer and Hartmann eventually struck a deal with Kinloch that seemed like it would address their concerns about the election results. In sworn affidavits, Palmer and Hartmann say Kinloch gave them explicit assurances that Secretary of State Jocelyn Benson had promised there would be a complete, nonpartisan, independent investigation of the results in Detroit in exchange for them voting to certify the results.

By the time Palmer and Hartmann finally got home that evening, however, Benson herself was issuing statements declaring that she was under no obligation to abide by the terms of the deal that the Wayne County Board of Canvassers had just struck.

Fortunately, neither Palmer nor Hartmann signed the resolution detailing the compromise agreement that Benson refused to recognize. Unfortunately, someone seems to have used their signature stamps on the document without their permission, forcing them to issue affidavits and statements rescinding their votes and insisting that the election results not be certified until there are satisfactory answers to the many unanswered questions that prompted their initial vote.

This is a story that every American needs to hear — future generations of schoolchildren should learn it, as well. The courage that Monica Palmer and William Hartmann demonstrated by sticking to their principles despite threats to their reputations, livelihoods, and physical safety is an inspiring example of genuine commitment to public service.

Phill Kline is the Former Kansas Attorney General. He currently serves as Pulpit Pastor of Amherst Baptist Church, a law school professor, and director of the Amistad Project of The Thomas More Society. Previously, he served as president of the Midwest Association of Attorneys General, was on the Executive Committee of the National Association of Attorneys General, and was co-chairperson of the Violent Sexual Predator Apprehension Task Force. He was a Kansas House member for eight years where he chaired the Appropriations Committee and the Taxation Committee and authored victims rights laws and welfare reform.