What Trump Should Do About Electric Vehicle Subsidies

Phil Kerpen
|
Posted: Dec 03, 2018 9:45 AM
Share   Tweet
The opinions expressed by columnists are their own and do not necessarily represent the views of Townhall.com. 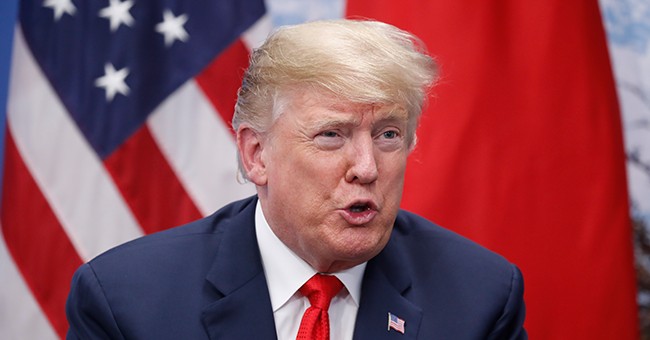 President Trump recently tweeted that he wanted to end subsidies for General Motors "including for electric cars." In this case the president's personal pique aligns with an opportunity to advance good public policy.

One of most significant subsidies from which GM benefits - the $7,500 tax credit for electric car buyers - is already scheduled to phase out as GM passes the 200,000 vehicle cap on the full credit, entering a one-year phase-out before the subsidy ends completely.It's a rare circumstance in which a government program could actually end just by Congress doing what it specializes in - doing nothing.

Unfortunately, while the House version of tax extenders leaves the cap in place, the Senate has been discussing lifting the cap and allowing subsidies to keep flowing to GM and Tesla, which has already reached the phase out.The president should make clear he would veto any legislation to lift the cap.

They conclude: "the subsidization of EVs has some reverse Robin Hood impacts where tax dollars are taken from all households (including lower-income households) and given to wealthier households."

A September 2018 NERA Economic Consulting study looked at the economic impact of eliminating the cap, as some in the Senate have proposed and for which Tesla and General Motors have been heavily lobbying.

They found that the costs of lifting the cap outweigh the benefits, because lower gasoline costs are more than offset by the direct and indirect costs of subsidized EV infrastructure.The study finds total household income falling as a consequence of lifting the cap by $7 billion in 2020 and $12 billion in 2035, which is about $50 to $70 per household in lost income every year.

That's a cost of over $50 every year to middle-income middle-Americans to pay for subsidies for rich people in California.

As Tom Pyle recently explained in The Hill, the subsidy for electric vehicles was always meant to be temporary.

Orrin Hatch, the original sponsor of the bill, explained the logic behind the cap in 2007:

"I want to emphasize that like the tax credits available under current law for hybrid electric vehicles, the tax incentives in the FREEDOM Act are temporary. They are needed in order to help these products over the initial stage of production, when they are quite a bit more expensive than older technology vehicles, to the mass production stage, where economies of scale will drive costs down and the credits will no longer be necessary."

At the time, big subsidies for electric vehicles were justified based on the theory that they were needed to lessen American dependence on foreign oil.A decade later, America is the largest oil and gas producer in the world and electric vehicles are a mature enough technology that they should be left to succeed or fail on the preference of consumers, not politicians.

Congress should let the subsidy phase out as scheduled - and President Trump should force their hand by making clear he will not sign any bill that increases or eliminates the cap.