Phil Kerpen
|
Posted: Aug 06, 2018 2:12 PM
Share   Tweet
The opinions expressed by columnists are their own and do not necessarily represent the views of Townhall.com. 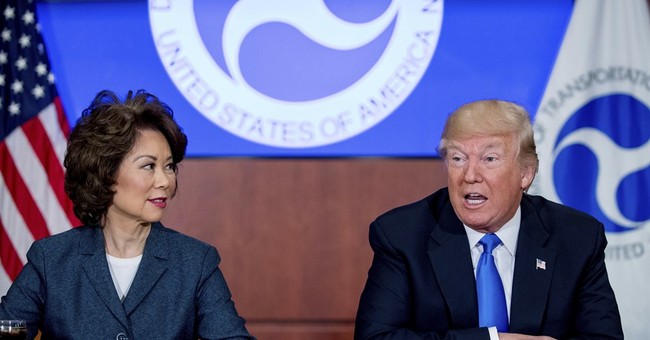 Obama's astonishing takeover of the automobile industry was accomplished through a process even more corrupt than his takeover of the health care sector. While both involved backroom deals, the auto takeover was sealed in a backroom from which both the American people and our elected officials were completely shut out.

Worse, it transferred power over a huge swath of our economy - and the basic choice of what cars and trucks Americans can buy - not to Washington, D.C. but to Sacramento, California. Sacramento was empowered, contrary to federal law, to set fuel economy standards and to implement a credit scheme that raises the prices of vehicles all over the country to lavish subsidies on rich buyers of electric hobby cars in California.

Obama climate czar Carol Browner oversaw the secret negotiations in 2010. Mary Nichols, the chair of the California Air Resources Board, was the other key player in a game of bad cop and really bad cop. Basically, the industry was told that if they didn't acquiesce to the new rules, California - waiver in hand - would even more severely kneecap them.

Nichols told the New York Times that Browner "quietly orchestrated" the secret negotiations between the White House, regulators, and auto industry officials. "We put nothing in writing, ever," Nichols bragged.

In 2012 - with Sacramento firmly in control - they reprised the same tactics to ratchet up the mandate to 54.5 miles per gallon, which of course guarantees cars will be smaller, lighter, less crash-worthy, less powerful, and less comfortable than you can even imagine. A nice-sized family-vehicle? Good luck.

The political calculation by Obama was that putting Sacramento in the driver's seat would lock in place the scheme because the regulatory, legal, public relations, and political effort required to unwind it would be too daunting for a future Republican administration.

They did not count on President Donald Trump or his intrepid lead on this issue, Transportation Secretary Elaine Chao.

Secretary Chao, jointly with EPA Acting Administrator Andrew Wheeler, have issued a brilliantly crafted proposal that revises the core of the Obama fuel economy rules to reach a sweet spot that balances environmental, safety, and cost considerations - backed by thousands of pages of detailed legal, scientific, and economic analysis.

Their proposal would keep the model year 2020 standards in place through model year 2026, rather than allow a sharp increase in fuel economy requirements that would occur under the Obama/California plan. The Trump plan would save more than $500 billion in societal costs and reduce highway fatalities by 12,700 lives - because more expensive new cars price people out on the margin, forcing them to drive older, less safe cars longer.

Against the half-trillion in benefits you can weigh the global warming impact - or non-impact. Model runs based on mainstream, consensus climate models show the Trump proposal would impact the global climate by 3/1000th of one degree Celsius by 2100. You can round that to zero.

Most importantly, the proposed rule treats California like the other 49 states, withdrawing its special waiver and setting up litigation that will almost certainly result in a Supreme Court victory finding that Congress meant what it said when it passed the Energy Policy and Conservation Act of 1975: "a State or a political subdivision of a State may not adopt or enforce a law or regulation related to fuel economy standards or for automobiles covered by an average fuel economy standard under this chapter."

Like so much of his legacy, Obama's fuel economy scheme was built on regulatory and legal quicksand because he was unable or unwilling to convince the American people and our elected representatives to implement his policies through the legislative process.

President Trump is absolutely right to stand up to the shrieks of protest from the environmental groups and the media and to let Americans buy the cars and trucks we want.