A Warning On Drug Pricing From Bill Gates

Phil Kerpen
|
Posted: Jul 12, 2016 1:05 PM
Share   Tweet
The opinions expressed by columnists are their own and do not necessarily represent the views of Townhall.com. 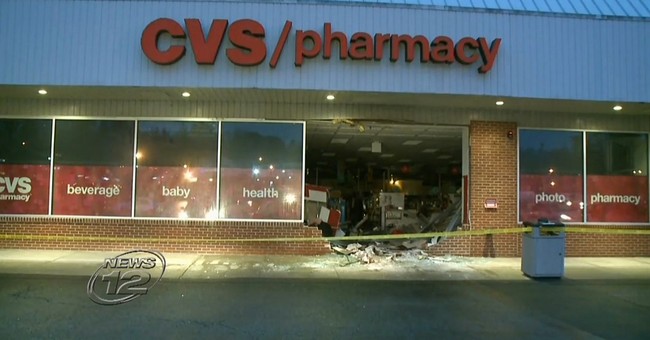 One of the most popular punching bags on the presidential campaign trail this year is America’s bio-pharmaceutical industry. Bashing drug companies was telegraphed early on as a key Democratic strategy to shift the blame for the failure of Obamacare to contain health care costs away from the Democratic/insurance industry alliance that wrote the law. Unfortunately, their policy proposals, designed to suppress drug prices, are likely to cause far more harm than good.

Consider efforts by President Obama, supported by Hillary Clinton, to undermine the market-based pricing in Medicare Part D to pay for other government spending. My organization joined 25 other prominent free market groups on a letter to Congress opposing Obama’s effort to repeal provisions of Part D that prohibit government price-setting and requiring pharmaceutical companies to “rebate” up to 40 percent of their drug sales.

Much like previous efforts, forcing providers of innovative new medicines to turn money over to Washington politicians or embed government-imposed costs in the price of drugs is a de facto tax. When you tax something you get less of it, which makes taxing medical innovation among the worst things the government could possibly do.

Bill Gates, the world's most prodigious philanthropist in the health space, was recently asked by Bloomberg's Erik Schatzker how we should control costs so that new miracle drugs “aren't just available to the rich and the well-insured.”

“I think the current system is better than most other systems one can imagine,” Gates replied. “I mean curing hepatitis C. This is a phenomenal thing and now you have multiple drug companies competing in terms of the quality and the price of that offering.”

“The drug companies are turning out miracles and we need their R&D budgets to stay strong. They need to see that opportunity,” Gates continued. “For things like Alzheimer’s, they can reduce medical costs so dramatically and improve the human condition, and the pharmaceutical companies have been great partners of our foundation. When we need help in doing science they are unique in what they can do.”

His point about R&D budgets is crucial. Developing new cures is staggeringly expensive, far beyond the capabilities of even the world’s largest philanthropic foundation. The total cost and time of bringing a single new drug to market is now $2.6 billion, per the Tufts Center for the Study of Drug Development, and averages 10 years of development.

Part of that is because of high regulatory compliance costs, and streamlining the FDA approval process should be a priority. But part of it is just the nature of the business which includes a staggering near 90 percent failure rate for each new medicine researchers attempt to create.

A few years ago the great Milton Friedman joined 100 economists to explain it clearly: “Drug price controls are more difficult to remove than other price controls. Controls on oil and other products often tend to be limited or short-lived, as voters eventually object to the resulting shortages and distortions. The effects of drug price controls, however, are far more difficult to observe because they mainly affect medicines that haven’t been invented yet.”

Bashing drug companies resonates politically because many voters are skittish about the idea that the development of life-saving medicine should be organized around the profit-motive, as if some sort of governmental or philanthropic model might better serve society. It’s an understandable impulse, but as Gates explained, it’s wrong and risks undermining the incentives to develop cures – with tragic consequences.

Whatever its shortcomings, the American bio-pharmaceutical system is “better than most other systems one can imagine” – and needs to be defended against politically motivated attacks.