Phil Kerpen
|
Posted: May 04, 2016 2:20 PM
Share   Tweet
The opinions expressed by columnists are their own and do not necessarily represent the views of Townhall.com. 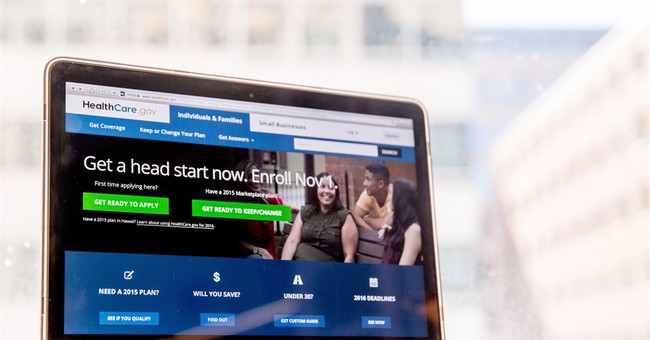 The biggest victory for taxpayers in the Obamacare fight so far was the enactment in late 2014 of language prohibiting the Risk Corridor program from being transformed into an open-ended bailout for big insurance companies.

Unfortunately that language is now being sidestepped by a scheme in which the Obama administration invited the big insurance companies to sue the government, which in turn is likely to take a dive on the lawsuit and then make the bailout payments anyway.

It's outrageous and must be stopped.

At the time Congress debated the funding restriction, both the Congressional Budget Office and the White House Office of Management and Budget agreed that the provision neither spent nor saved any taxpayer money. That was because the administration maintained the program would, as Obamacare supporters had always claimed, be run in a budget-neutral fashion, paying out to insurance companies only what the program itself had already collected from other insurance companies.

Congress thought it was important to cement this budget-neutrality promise into statute, just in case.

Shortly after they did it became clear that, contrary to the administration's claims, if Congress had not acted the program would have been transformed into a massive multi-billion dollar bailout.

The language enacted into law was crystal clear, prohibiting Risk Corridor payment from any of the sources of funds available to the Department of Health and Human Services other than program revenues. The accompanying committee report said:

"In 2014, HHS issued a regulation stating that the risk corridor program will be budget neutral, meaning that the federal government will never pay out more than it collects from issuers over the three year period risk corridors are in effect. The agreement includes new bill language to prevent the CMS Program Management appropriation account from being used to support risk corridors payments."

So taxpayers won? Not quite.

The Obama administration issued a memorandum stating that - contrary to the clear intent of the duly-enacted funding restriction, the administration's repeated promises, and HHS's own regulation - they considered insurance companies to be legally owed bailout payments from the risk corridor program far in excess of program revenues.

"HHS recognizes that the Affordable Care Act requires the Secretary to make full payments to Issuers," announced an unsigned memo from the Centers for Medicare and Medicaid Services (CMS), the agency inside HHS that oversees Obamacare. The memo had to be approved by the interim administrator of CMS, a longtime UnitedHealth Group executive vice president, Andy Slavitt, who United paid millions on his way into government. Obama gave him an ethics waiver to oversee his previous employer - and shovel bailout bucks their way.

Taking the hint, the insurance industry filed the $5 billion class action lawsuit that is now pending in the U.S. Court of Federal Claims. The government's response brief is due by June 24.

At stake is $5 billion that taxpayers could potentially be forced to pay wealthy insurance companies who are already minting a fortune from a law that forces most Americans to buy their product or pay a hefty penalty tax.

Also on the line is a fundamental principle of the Constitution: Congress's power of the purse.

If Congress can enact language to prevent payments from being made and an administration can scheme its way around it by inviting a lawsuit, then no funding restriction is worth the paper it's printed on. The power of the purse is a dead letter and Congress is written out of the Constitution.

Members of Congress must not allow that to happen. They need to pursue every possible action - from an aggressive media offensive to shame the administration and insurance companies, to a legal move to intervene in the lawsuit, to new, bulletproof appropriations language that prohibits any payment out of the Judgment Fund, the mechanism that would be used for a legal settlement. Their fundamental institutional power is at stake - along with a lot of taxpayer money.