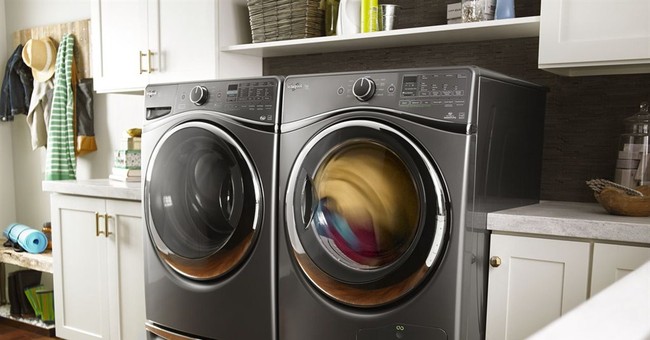 For decades Democrats have gone to extraordinary lengths to impose new energy taxes. They do not, to put it mildly, have the support of the American people. So they have turned to increasingly complex schemes to pretend the taxes they are advancing are not taxes. They've now reached an unprecedented level of obfuscation: a federal regulatory agency acting without Congress to coerce states into imposing regulations that will bury cost increases in the electricity rate base - and they might get away with it. Congress should therefore act immediately to, if they can't stop what is happening, at least require it to be transparent.

In 1993, Al Gore tried to impose a carbon tax directly. That didn't go well, as he explained: "I worked as vice president to enact a carbon tax. Clinton indulged me against the advice of his economic team... One House of Congress passed it, the other defeated it by one vote then watered it down and what remained was a pitiful 5 cent per gallon gasoline tax. That contributed to our losing Congress two years later to Newt Gingrich."

Lesson learned? Not exactly. Enter cap-and-trade. The political "innovation" of the cap-and-trade scheme is that instead of levying a tax directly, it puts a cap on overall greenhouse gas emissions, and establishes a market for companies to buy and sell the permits. The overall effect is the same-if a company wants to emit more carbon dioxide, it must pay more. So it's a tax you can pretend is not a tax.

He was right. Voters knew it was a tax and the plan was not only toast, so was the Democratic majority in the House of Representatives. The day after that 2010 shellacking, however, the president famously said that cap-and-trade "was just one way of skinning the cat; it was not the only way."

Obama's new approach to skin all of us energy-consuming cats is to have the EPA pressure states to adopt draconian greenhouse gas regulations, under the threat of losing their highway funds. One way states can comply is to adopt precisely the cap-and-trade scheme the American people already rejected. Regardless of how they comply, if states play along it means significant cost increases, which will be passed on to customers in their energy bills.

This technique of dragooning the states has been condemned by the president's own Harvard constitutional law professor, eminent liberal Lawrence Tribe who said: "Burning the Constitution should not become part of our national energy policy."

A recent study by leading econometric firm NERA found the most likely scenario would impose present-value costs of $479 billion, with $335 billion in higher electricity costs and $144 billion in higher natural gas costs. These costs will be buried in utility bills; concealed from the public that won't know why they are paying more or that it traces back to political decisions made in Washington.

Republicans in Congress are working hard to stop this entire scheme, which is also being challenged in court. Senate Majority Leader Mitch McConnell of Kentucky is reaching out to states and encouraging them to say no, and is also trying to prohibit the EPA from denying highway funds to non-cooperative states. On the House side, another Kentuckian, Energy and Power Subcommittee Chairman Ed Whitfield, has introduced legislation called the Ratepayer Protection Act that would allow states to opt out, without penalty, if they determine complying would have a significant adverse impact on ratepayers.

Great idea, but I would suggest a friendly amendment: if these rules take effect, Congress should authorize utilities, notwithstanding any other state or federal law, to itemize the compliance costs as a clearly listed "climate change regulatory fee" on customer bills.

End the obfuscation and let us all see exactly how much the president's "clean power" plan costs. If Democrats say no to that, they might as well admit the whole point of this exercise is to hide a big tax hike from the American people.