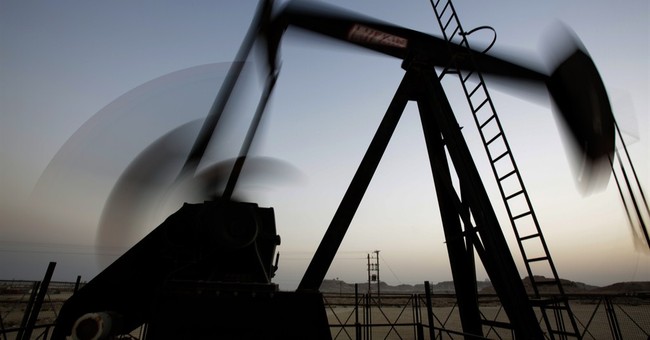 The politics of the crude exports issue are confused by a lot of irresponsible reporting. Almost every story on the issue asserts that allowing exports would be politically dangerous because it would supposedly raise prices at the pump, but the claim is never credibly sourced. In fact, every single serious study has found precisely the opposite: allowing crude exports would lower prices at the pump.

With Senator Ted Cruz leading the charge on an amendment to end the export ban, some reporters will be working even harder to pretend his amendment is dubious or even destructive. But facts matter.

The Government Accountability Office (GAO) recently reviewed four econometric studies of the issue - by Resources for the Future (on their own behalf), ICF International (for the oil industry), IHS (also for the oil industry), and NERA (on behalf of the liberal-leaning Brookings Institution). All four studies found prices at the pump would decline if exports are allowed, with estimates ranging from 1.5 to 13 cents a gallon.

Why? GAO said "A decrease in consumer fuel prices could occur because they tend to follow international crude oil prices rather than domestic crude oil prices, according to the studies and most of the stakeholders."

The Federal Reserve Bank of Dallas did its own analysis and reached the same conclusion: "Lifting the U.S. ban on crude oil exports would alleviate a growing glut of oil at the Gulf Coast refineries and should eventually reduce retail gasoline and diesel prices, benefiting U.S. consumers."

The U.S. Energy Information Administration agreed too. Their analysis found that domestic crude prices have no relationship with prices at the pump, which move with the global price of crude in every U.S. region because gasoline is traded globally.

Of course it's not just about prices at the pump. GAO also found that: "Removing export restrictions is expected to increase the size of the economy, with implications for employment, investment, public revenue, and trade."

A study by the Aspen Institute found lifting the ban would add 630,000 U.S. jobs and drive a boom in manufacturing.

The oil and gas sector has been the U.S. economy's brightest bright spot in recent years, but the glut of crude oil is holding back an even bigger boom. We are leaving oil in the ground because of the export ban. It's a self-defeating and destructive policy that hurts America while benefiting rivals abroad.

That's why lifting the export ban has also been endorsed by groups as varied as the Council on Foreign Relations ("It would also avoid putting Washington at odds with allies that would like to source their oil from the United States") and the Heritage Foundation ("all Americans will reap the benefits of lower prices and a stronger economy").

Exports would rebalance the market, ramp up U.S. production, and keep downward pressure on global prices. (They are also self-limiting: If domestic demand increases in the future, exports will decline. No government help required.)

So on one side we have GAO, EIA, the Dallas Fed, NERA/Brookings, ICF, IHS, Aspen, CFR, and Heritage, and on the other are a handful of refineries that are fattening their profit margins on artificially low domestic crude prices, with an army of reporters and political activists who see this as an opportunity to stir up controversy even though the issue is, on the merits, a no-brainer.

Even expectations of rising exports were, according to experts interviewed by Bloomberg, enough this week to close the gap between U.S. and global crude prices. Congress should happily meet those market expectations by passing Ted Cruz's amendment and making the export ban just another bad memory of the 1970s.