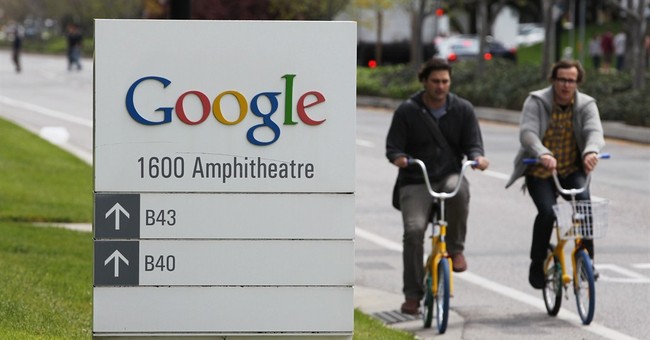 Stories about the declining state of American infrastructure are everywhere -- road and bridges, airports, railways, water and sewer systems. There's never enough money, and we're always being forced as taxpayers to pay more. But there is one type of infrastructure that has had a remarkable boom: broadband Internet. It's been driven by hands-off government policies that have allowed intense competition between cable, phone, and wireless providers to drive innovation and investment. We need to appreciate this success and resist calls for government intrusion that could disrupt it.

For years we've heard that the U.S. was falling behind other developed countries in broadband. It was never an apple-to-apples comparison, however, given how large and rural the United States is. Nonetheless, the various international comparisons, despite their flaws, have often been seized upon as a pretext to justify proposed large-scale government intrusion in the broadband market.

Fortunately, the international data -- even with their limitations -- now tell a very different story. Since the economic crisis, large-scale private investment in the United States has propelled huge gains, while more government-dependent networks in Europe and elsewhere have stagnated.

Richard Bennett, a network engineer and senior fellow at the Information Technology and Innovation Foundation (ITIF), recently wrote in the New York Times that in just the last three years, broadband speeds in the U.S. have doubled. Bennett's research also revealed that over 96 percent of U.S. households now have access to wired broadband, and prices for entry-level plans are the third-lowest in the world.

The research is drawn from a study Bennett coauthored with two of his ITIF colleagues, which also found that 88.6 percent of U.S. households with a computer subscribe to broadband, that America leads the world in adoption of mobile broadband, and that on overall speed we've improved from 22nd in 2009 to eighth in the third quarter of 2012 -- despite the fact that we rank just 27th of 34 in population density (among OECD countries).

Consumers enjoy a tremendous range of broadband choices. A robust 89 percent of Americans have a choice of five or more broadband providers. And 96 percent of households have access to cable modem service, versus an OECD average of just 60 percent. Since 1996, cable companies have invested $200 billion in infrastructure development, and are presently investing about $13 billion per year.

Our mobile broadband success, in particular, is even more striking. On his way out, former FCC chairman Julius Genachowski bragged: "The U.S. is now the envy of the world in advanced wireless networks, devices, applications, among other areas."

He went on to recite the key facts. We're in the only country deploying LTW technology on a wide-scale, with as many LTE subscribers as the rest of the world combined. Wireless network investment grew more than 40 percent from 2009 to 2012, from $21 billion to $30 billion -- while investment in Europe has been flat. And the boom in wireless broadband investment has created 1.6 million jobs since 2007, the brightest spot in our dim economy.

Europe knows we're beating them. Neelie Kroes, Vice-President of the European Commission responsible for the Digital Agenda, said earlier this year: "Once, Europe led the world in wireless communication: now we have fallen behind. Europe needs to regain that lead."

We shouldn't give them the chance. The policy formula that has driven U.S. broadband dominance has been based on facilities-based competition with a light regulatory touch. It allowed U.S. broadband providers to make investment decisions based on market realities and provided consumers with a range of choices few other countries enjoy.

Nonetheless, left-wing special interests continue to agitate for imposing old-fashioned monopoly-style regulation on broadband Internet. But heavy-handed regulations would depress private investment and make broadband infrastructure largely dependent on subsidies from taxpayers -- the same tapped out taxpayers already straining to maintain transportation and water infrastructure. Congress and the FCC should ignore the left-wing ideologues and continue the free-market approach that is working so well.