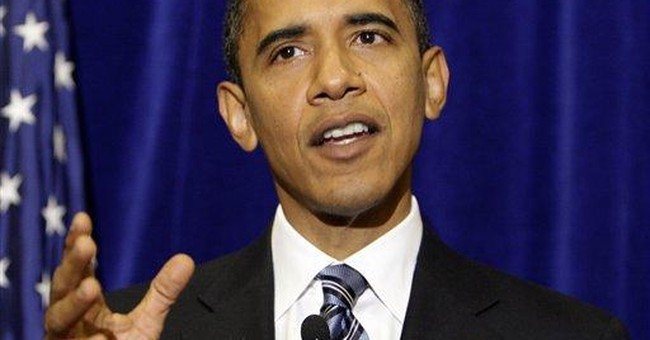 The article has been making the rounds through email inboxes, and had I not found the story myself, I was tempted to chalk it up to conspiracy theories gone wild. It is an opinion piece written by Amir Taheri at the New York Post on Sept. 15th, 2008. The title reads: OBAMA TRIED TO STALL GIS' IRAQ WITHDRAWAL.

I do not pretend to be a journalist or a news reporter, otherwise known as a professional who employs fact-checking and source-vetting; providing readers with unbiased information about the world they live in. I think we used to think of such folks as being The Press.

Or did it? The goal of removing government from the hair of the religious was a big concern, so perhaps that is why those first two thoughts about religious freedom were placed at the beginning.

In any case, I would encourage you to read the Obama/Iraq story for yourself. If there is truth to what I have read, I am so utterly flabbergasted and appalled that I am barely able to constrain myself. In fact, there are two levels of outrage in this topic.

The first and most obvious outrage is the utter disregard by Senator Obama for the limited role of Congress, and especially the (even more) limited role of individual Congressmen and Senators. The Congress is a deliberative body, whose sole purpose is to consider, pass, or repeal laws (mostly having to do with taxation and spending).

It is the unique and reserved role of the President to handle foreign policy, to negotiate treaties, and in the case of Iraq (an active war zone) to handle matters of war and peace. Sure, the congress gets to ratify treaties, but they don't get to negotiate them, and members of Congress certainly do not get to negotiate with foreign leaders on behalf of The United States of America.

The second and most horrifying outrage, if this story is true, is that a political candidate should interject himself in the ongoing work of the current President, especially as it relates to foreign leaders and matters of war. I do not believe that our Congressmen and Senators ought to be trotting around the globe, meeting with foreign leaders as a general rule anyway, but when one of them actually thwarts the Constitutional Powers of the President, for political purposes, I consider that treasonous and treacherous.

In a Fox News report about his story, the Obama campaign denies that such a conversation took place, but since the Media (The Press?) seems to be absent in digging for truth about the charges leveled by the New York Post story, I am not convinced it is false. In fact, the silence of the Obama Media Department (a.k.a. the Mainstream Media) on the matter, has me believing it is may be true.

Trooper-Gate, after all, means so much more in the grand scheme. Why would the press waste time digging for evidence that a democratic Presidential candidate interfered with the current administration's work, when there are pregnant teenagers to drag over the coals, and child-ignoring mothers running for office to crucify.

It is a well known phenomenon that nearly all United States Senators believe that they should one day hold the office of President. I hear commentators crack snide observations about it from time to time. When Senators behave as if they are the current President's equal, a line has been crossed. Senator Obama, in his arrogance as the Anointed One, may have stomped all over the line in this case, and I for one would like to know if that were so.