Obama and Cocaine: This Is Your Brain 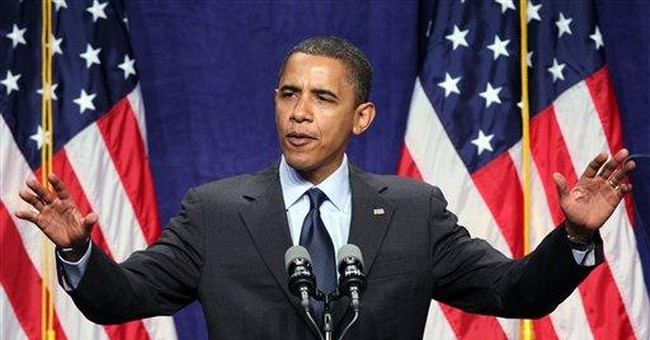 Standing near the doorway of a local skateboard shop, waiting for my son and his friend to obtain autographs from a bevy of "awesome" professional skateboarders inside, I experienced a rather surreal moment. There were two young men, just graduated from high school if I should dare to guess, having a conversation about politics.

That alone was enough to startle me, especially in light of the occasion and the stereotypes ingrained in old geezers like me. But their conversation caught my attention again as one of them complained about the apathy of "our" generation, and the other young man agreed. They were bemoaning the idea that little could be done about it

Despite the fact that from their conversation it was clear the democrats had gotten to them, I experienced some heartfelt elation anyway. The fact that such youngsters were engaged in the system, and were aware of the political process at all gave me a good measure of hope. These two skaters were engaged in matters of pure citizenship, without prompting from an organized event.

While on the subject of stereotypes and skateboarders, I would like to point out something I have noticed. Some do cause property damage, grinding on railings or benches; a problem that is largely mitigated when communities provide accessible facilities for the activity. Nevertheless, watching these kids work on their tricks and kick-flips and whatever else they aspire to do on a skateboard is truly inspiring.

My sons and their friends spend endless hours attempting to perfect their tricks, never satisfied until they can "stick" whatever it is on demand. When we make them stop to eat or take care of some bit of chore-business, they are back at it as soon as they finish and would continue long into the darkness if we were not concerned about disturbing neighbors. Truly, it is an astounding level of work ethic to behold.

Reports indicate that Barak Obama has somehow captivated the attention of young voters, and I suspect that to be true to a degree. There was already an uptick in the interest of young people in recent election cycles, so I do not attribute this to some kind of Obama magic. He just got the luck-of-the-draw, and is on the scene at the right time to take advantage.

Cocaine users get a cool rush of euphoria, and a feeling of being on top of the game. In reality, the drug causes a surge in dopamine levels by blocking the natural process of dopamine reuptake. The excess dopamine gives the user a feeling that all-is-well and its danger lies in the reality that the feeling is counterfeit. When the drug is removed, dopamine levels return to normal and the reality of normal gives the cocaine user a sense of depression.

Barak Obama has been talking about "new hope" and "real change" in his quest for the Presidency. He speaks with a calm reassuring style that masks the reality that he is promising absolutely nothing that is deliverable. In truth, he offers unrestricted infanticide, the return of our nation to a position of security weakness, and ultimately a seat on the failed socialist choo-choo train that runs successfully only in the minds of liberals.

I fear that many youngsters will get their first political experience through the false euphoria of empty Obama hype. Cocaine dealers profit as their users are ravaged and left in a heap of depressed reality. Our bright-eyed youth, experiencing the false high of Barak Obama's empty promises may end up the same way.