Test Candidate Words with the Sword 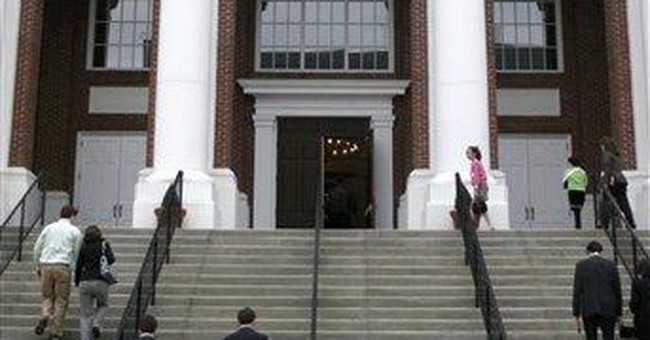 So much of media/pundit lip flapping over the past few election cycles has been devoted to the “Evangelical” vote. The term has been loosely defined at best, if not entirely mischaracterized or downright adulterated at worst. To examine Presidential candidates who would woo the evangelical vote, it is important to note whether they truly understand who it is they seek.

When the average citizen hears the term evangelical, mental imagery will vary from the true meaning, all the way down to some misguided equivocation to cultish demons like Jim Jones and David Koresh, or even Islamic extremism. Unfortunately, the liberal media is more likely than not to hold and espouse such misconceptions.

Evangelical, as defined with general accuracy in most dictionary entries, best describes the individual Christian. It pertains to their role in carrying forth the message of salvation from Jesus Christ, and it is each Christian individual’s overriding purpose in life, as commanded by Jesus, to spread that message throughout the world.

It is an uncomplicated, but difficult concept to grasp, that all are guilty of sin and incapable of standing in the Presence and Glory of God. That only through the sacrifice that Jesus made, to die in our place for our sin, can we once again be made worthy.

Salvation comes when we recognize that by our own actions, no matter how “good” we are, or how “perfectly” we live our lives, we will all fail until we acknowledge that God gave his Son, Jesus, for that purpose, and accept his sacrifice as the only worthy payment for our sin.

It is this message that has been broadly shared for decades by notable Evangelists like Billy Graham. During hundreds of televised crusades, he did not stand at the center of giant stadiums, surrounded by tens of thousands of people, and preach on the evils of smoking, or the perils of drinking alcohol.

Graham did not strive to convince his audience that they should be charitable, and he did not rail on those who fail to get up in time for church on Sunday mornings. Billy Graham’s message was always concerned with the simple declaration that each of us has sinned and has been condemned to eternal separation from God, and that God has invited each one to believe that Jesus paid the price for us, individually.

This message was not invented by charismatic men, seeking fame and fortune. Indeed, most true evangelical leaders throughout history have been characterized more by poverty and persecution, beginning with the original Disciples of Jesus.

In Matthew, Chapter 10, Jesus is giving instructions to these Disciples as they prepare to go out into the world. Here are some interesting verses that fly in the face of mischaracterizations that are frequently thrown around today:

17 "Watch out! Men will hand you over to the local courts. They will whip you in their synagogues.
18 You will be brought to governors and kings because of me. You will be witnesses to them and to those who aren't Jews.
19 "But when they arrest you, don't worry about what you will say or how you will say it. At that time you will be given the right words to say.
20 It will not be you speaking. The Spirit of your Father will be speaking through you.”

…and a little further down…

I would suggest reading the entire chapter 10 of the Gospel of Matthew. There is little left to the imagination in these words of Jesus, as to what our mission on the planet is. Many who claim the mantle of Christianity have not the faintest understanding of what it means, and to throw around the term “evangelical” as if it were some kind of goofy mindset that afflicts a percentage of the population is as nonsensical as saying that I want to be a bulldozer when I grow up.

Barack Obama is a member of the “Trinity United Church of Christ” in Chicago. Browsing through that congregation’s website is enlightening, to say the least. Despite what appears to be traditional Christian teaching, enormous resources and effort are devoted to the concept of being “Black” as opposed to being representatives of Christ Jesus, God the Son.

For instance, this proclamation has since been moved or removed, but can still be found in the Internet Archives of their website.

The Pastor as well as the membership of Trinity United Church of Christ is committed to a 10-point Vision:

I see two elements in this vision list that I would recognize, as an evangelical, having anything to do with the core mission given us by Jesus Christ. I would also contrast this with the words of Jesus that I included above, that if we hold to “anything” or “anybody”, before Jesus then we are not committed to Jesus Christ as he demands. It would seem that this church has decided that the Loving Africa and Black Skin, is far more important than is any commitment to the Gospel of Christ Jesus.

Listen to the candidates as they speak to “evangelical” audiences. What are they saying that should inspire you to believe that they hold the Words of Jesus to any importance? Do they resemble an evangelical in any way, shape, or form?

When we see Hillary Clinton, or Rudy Giuliani stroll into some campaign-trail church, does this really mean anything to us as the “evangelical” vote?  We should already know the answer to that question concerning Mitt Romney. His faith has little or nothing to do with the Jesus that Evangelical Christians know and follow, despite the Mormon Church’s protestations otherwise.

Jesus said that he did not come to bring peace to the world, but rather he brings a Sword. It is on the edge of that sword that we need to test the words and actions of candidates, as they claim to be “one of us.” If we give them our vote, because they have veiled themselves in words they do not truly believe, then I might suggest that we are voluntarily submitting to the desires of the prince of darkness. Let us take extreme care, so that we do not squander our influence, however great or small it may be.