The Truth Has Not Changed for Misleading Fracking Filmmaker

Phelim McAleer
|
Posted: Jan 25, 2020 2:00 PM
Share   Tweet
The opinions expressed by columnists are their own and do not necessarily represent the views of Townhall.com. 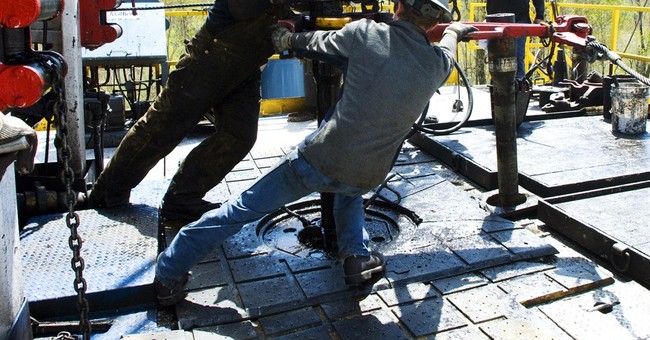 Josh Fox has been accused of lying - again. For those of you who don’t know who Josh Fox is - allow me to explain. Fox produced and directed the documentary Gasland and its follow up Gasland II. His documentaries popularised the now-debunked claim that fracking causes contaminated water.  Furthermore, his work single handedly created the anti-fracking movement in the United States. It was Josh Fox’s Gasland which inspired us to produce our film FrackNation and reveal the actual truth about fracking.

Fox had somewhat faded from public consciousness and his lies have led to the impoverishment of tens of thousands of farmers in upstate New York after fracking was banned there. But let’s not forget that Fox (albeit accidentally) ensured Donald Trump’s election by forcing all left-wing candidates to take the anti-science route and pledge to ban fracking.

In 2016, Hillary Clinton needed to win Pennsylvania and Ohio to win the election, but Fox’s minority anti-fracking movement wagged the dog, and forced her to pledge a ban in the very states that had experienced localised mini-boom because of fracking. These areas’ decades of decline and depopulation were suddenly reversed by fracking, which provided royalty payments and employment for tens of thousands of families. And Clinton wonders why she lost these states...

Now Fox has re-emerged with a play, The Truth Has Changed. While Fox’s “truth” may have changed, he certainly has not.  The play was running at the prestigious New York Public Theater as part of the equally prestigious “Under the Radar” theater festival. I say “was” because on Friday, I received an email informing me that my ticket for Sunday night’s performance  was no longer valid as the run had been cancelled.

Cancelling a play during the festival is unprecedented for the New York Public Theater. Unsurprisingly, Fox responded with vitriolic allegations. He claimed the cancellation was as a result of the “racism and anti-semitism” that is deeply ingrained in the public theater and its staff. He claimed to have received “verbal threats, coercion, angry tirades and physical intimidation” and that the Public Theater staff had reduced him to tears before his performances. The Public Theater has denied the allegations and accused Fox of breaching the theater’s code of conduct on several occasions. In a statement, the theater’s spokeswoman Shareeza Bhola stated that the play was cancelled following “multiple reports of Josh Fox’s violation of our code of conduct.” In a subsequent interview, she was more specific, stating, “It was a series of verbal abuses to the staff” that led to the play’s cancellation.

Who do we believe - Fox or the Public Theater? It just so happens that I can help in this conundrum. In full disclosure, Fox appears to feature my work in his play. Of course, I can’t confirm this for certain because all performances have been cancelled!

According to a video circulated on social media by Fox, I am part of a massive surveillance and smear campaign against Fox and his work. By “smear campaign,” I think he means that we have examined his claims and found that he has lied repeatedly throughout his career. In short, if it is a choice between believing Fox and believing workers at the Public Theater, I think it’s clear who is the more habitual liar.

Fox has been making stuff up since the beginning of his documentary career. In fact, the image that made him famous, a scene in which a Colorado homeowner lit his tap water on fire, has been debunked.

A simple Google search, which most journalists seem incapable of performing, would show that the Colorado Oil and Gas commission investigated that area’s water supply decades before fracking started and found “worrisome amounts of naturally occurring methane” in it. When I confronted Fox with this information, he admitted knowing this but withheld this vital information from viewers because “its not relevant.”

It was this lie that led me to investigate further and find that almost every fact in his documentaries was dodgy or just a straight out lie. Perhaps the most shocking lie was what I call the “fake breast cancer film,” in which Fox claimed that scientists had proof that breast cancer rates increased beside fracking wells. He made this claim in a film The Sky is Pink and it frightened millions of women. However the Associated Press tried to find the source for such claims. They interviewed expert after expert and found no evidence of any such increase and only found evidence of  women and their families who had been terrified unnecessarily.

If you want a closer look at what was going on in the Public Theater, Helen Shaw is a critic at the leftist Vulture website, which publishes pieces on culture. Before the show was pulled she accused Fox of being  “willing to bend reality to his narrative.”

She complained that the show was supposed to run 90 minutes but actually stretched over two hours and then Fox added an unannounced Q&A session. She said this may seem minor but it "can have major repercussions in a tightly scheduled festival, in which every artist needs to share space." In other words Fox lied about the length of his play and didn't care if other artists suffered in the process. She even detailed how he faked a standing ovation that never happened after his show.

The truth about fracking has not changed, and neither has Fox. He is still more than willing to bend the truth to fit his narrative and then throw a tantrum when he doesn’t get his way. The Public Theater is better off without him.

Phelim McAleer is a journalist, producer, podcaster, and filmmaker.  He is known for his films The Gosnell Movie and Fracknation.  He hosts a weekly podcast called the Ann & Phelim Scoop and his latest podcast, The Weinstein Trial: Unfiltered, can be found at www.WeinsteinPodcast.com.