The Pro-Taxpayer Plan for State Infrastructure

Pete Sepp
|
Posted: May 24, 2019 12:01 AM
Share   Tweet
The opinions expressed by columnists are their own and do not necessarily represent the views of Townhall.com. 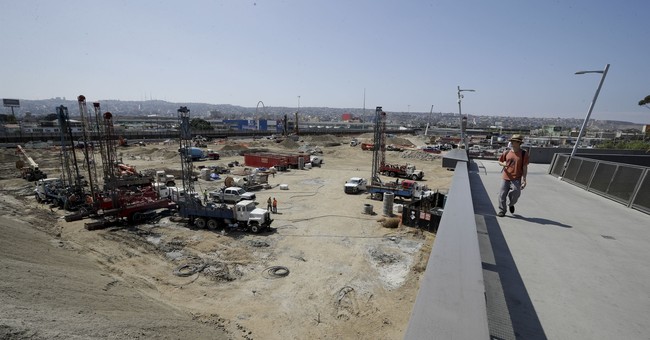 There is little agreement between President Trump and Congressional Democrats, but a big price tag for an infrastructure plan is a rare place of bipartisan agreement. Many of the options under consideration make sense, but the funding mechanism, and exactly where money will be spent, should be of urgent oversight for taxpayers.

A good starting point is to prioritize and value private infrastructure – like “5G” wireless telecommunications, parts of the power grid, freight railroads and oil and gas pipelines – knowing that these systems sustain themselves with their own resources and largely avoid taxpayer funding. Here public officials need to nurture a hospitable tax climate for capital investment and clear away unnecessary regulatory barriers - for example, by streamlining permitting processes.

But how can these principles translate to other forms of infrastructure badly in need of expansion and upkeep, such as airways or roads? More Public Private Partnerships (PPPs) can help needed funds to find their best use, but how those funds are raised is equally important. Systems that are paid for as directly as possible by users often prove superior to those supported widely levied taxes, which can be disconnected from the service provided and subject to political manipulation. Federal fuel taxes certainly began with a close connection to road use, but over time that link has become less strong.

Today high-mileage hybrid and electric cars test the notion that fuel consumption is a good proxy for road use. In addition to concerns about fuel economy, about 20 percent of fuel taxes are diverted to non-road purposes even as elected officials have pumped $143 billion in general government funds from the Treasury to the so-called Highway Trust Fund over the past decade. The shell game has to stop.

These are a few reasons why National Taxpayers Union recently joined with a large group of policy experts to call for a pilot program that would begin the process of phasing out the gas tax in favor of a system that charges drivers by the miles they travel. Such a system, also called a Vehicle Miles Traveled (VMT) fee, would be able to better deal with a world that features more electric vehicles (for better or worse), increased freight truck shipments and perhaps even autonomous trucks.

As the experts stated in an open letter, “Congress should closely examine lessons learned in the numerous ongoing state road usage charge pilot programs and tailor any future federal program to those findings, including ensuring that all forms of surface transportation are covered, including heavy trucks and passenger vehicles. Further, any successful federal program must be nationwide in scope, but should be done in cooperation with the states, as opposed to imposing an untested, top-down, nationwide charging regime while ignoring best practices developed across the states.”

To be sure, those best practices include how to deal equitably with rural and heavy vehicle drivers. Overall, however, this system would be:

·Fairer – every dollar from the VMT goes back into roads;

·Adaptable – by linking revenues to actual use, policymakers can better gauge infrastructure priorities.

Researchers at the American Consumer Institute (ACI) recently concluded this model “is a more effective and efficient mechanism for generating highway funding than the current gas tax.” And this is hardly pie-in-the-sky stuff. As far back as 2009, a bipartisan, blue ribbon panel recommended a shift, only to meet the wall of bureaucracy that is the federal government.

One of the key figures in Congress is Shelley Moore Capito (R-W.Va), who is the Chair of the Commerce Committee’s Transportation Subcommittee, and does double fiscal duty on the Appropriations Committee. Investment in places like West Virginia, a key nexus of energy and infrastructure, is extremely important. Applying the sound principles of infrastructure investing in West Virginia and other bedrock states is how infrastructure policy must be made.

Many additional legislative proposals could comprise an infrastructure push this year. For example, the bipartisan Public Buildings Renewal Act would harness PPPs to ensure cost-effective construction of schools, hospitals and other government structures – a proven concept in other countries that can save taxpayers as much as 20 percent on life-cycle costs. Another bill, the Revamping American Infrastructure Act, would require the Department of Transportation to evaluate cumbersome, illogical “prescriptive regulations” so they can be replaced by sensible performance-based standards for the private sector to follow.

Time will tell where Congress and the administration go with infrastructure legislation. All American taxpayers should hope such an effort starts with reasonable, achievable policies – and policy leaders like Senator Capito can lead the way.