Dismantling the Nannystate, Bit by Bit

Peter Roff
|
Posted: Mar 24, 2018 12:01 AM
Share   Tweet
The opinions expressed by columnists are their own and do not necessarily represent the views of Townhall.com. 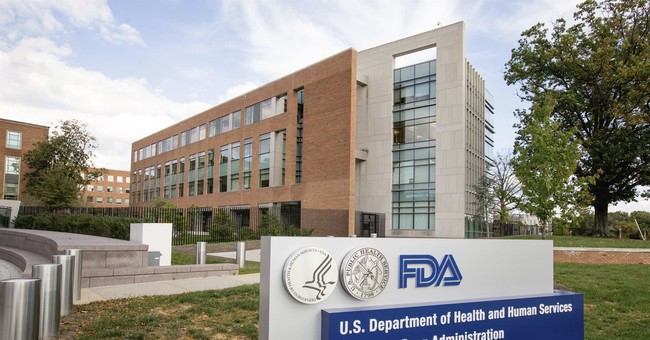 The premise of the Nannystate, the place to which all progressive roads lead, is that the people are not informed enough, smart enough, and do not care enough to take care of themselves. Therefore, we all need the state to act as our safe-guard and intermediary.

It's a weird construct at odds with the vision of America upon which most of us were raised. We are, it used to be taught, descended from pioneers, rugged individualists who built a nation out of the wilderness. This admittedly is a romanticized version of what really happened but closer to the truth than not.

The Nannystate, which employs regulators and bureaucrats to care for our needs from cradle to grave, is the bane of everyone who purports to love liberty. Though there may be some complaints raised about specific laws and regulations, we do not in general object to the way the state protects us from others. What is truly bothersome to many is the way in which it seeks to protect us from ourselves.

All that may be fine for Europe - though it can be argued the rise of populist movements in some countries is the product of a generally benign nationalistic impulse arising out of resentment at the way Brussels is trying to run everything - but not for the United States. We are a free people and expect to be treated by the government with respect for our decision-making capacity.

This is particularly true where matters of life and death are concerned. We understand what's at stake and wish to be empowered to make, in concert with our doctors and our families and friends, informed decisions about our care and what is to be done. Sometimes though the federal government stands in the way, particularly in terminal cases where bureaucratic roadblocks prevent dying individuals from trying experimental, unproven remedies that, if not curative, could at least be life-extending because the U.S. Food and Drug Administration will not permit it.

On its face, this is nonsensical. What does it matter to the government that a person with months to live chooses to try a treatment not yet proven effective when they are going to die soon anyway? A lot, apparently, since the FDA sometimes says "No" to patients who want to try something unproven - when even once is one time too many.

During his State of the Union address President Donald Trump called on Congress to enact what is generally referred to as "right to try" legislation guaranteeing the government will not interfere if a patient who is fully informed of the risks of doing so alongside the potential benefits opts to try a drug not yet proven effective but has cleared Phase I of the FDA's safety protocols. It's an approach supported by FDA Commissioner Scott Gottlieb and by Vice President Mike Pence, who signed a similar measure into law while governor of Indiana that keeps bureaucrats in that state from interfering in such cases.

Thanks in part to the president's call to action, but also because so many people have worked on the idea for so long, it's passed through the Senate. A slightly different version of the proposal passed through the U.S. House of Representatives on a bipartisan basis, 267 to 149 on Wednesday.

Both bills are good. Each one creates a new, alternative pathway for patients who do not qualify for a clinical trial, mandates informed consent on the part of the patient, and requires reporting to the FDA any time an unproven drug is used and any adverse effects that may be experienced. They also provide liability protections to manufacturers, suppliers, physicians, hospitals, and other involved in the process unless reckless or willful misconduct, gross negligence, or an intentional tort can be shown to have occurred.

With seemingly all the bases covered, all that's left is for the Senate to pass what the House just approved so it can become law. If it saves one life, it will be well worth it. Moreover, it's a small but important step back in the direction of Americans being responsible for themselves rather than relying on the government to keep the safe from harm, morning though night.