Peter Roff
|
Posted: Aug 22, 2017 3:18 PM
Share   Tweet
The opinions expressed by columnists are their own and do not necessarily represent the views of Townhall.com. 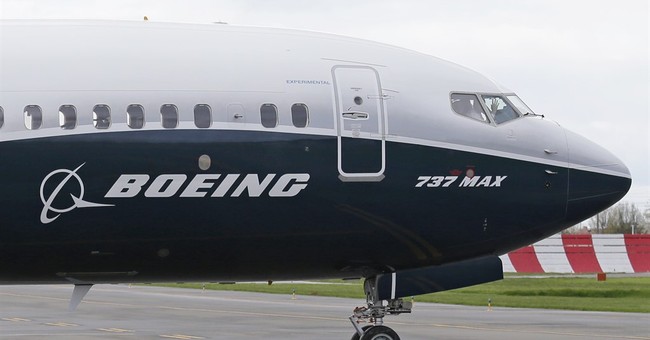 As the keeper of the tablets Steve Bannon was the person inside the West Wing responsible for making sure campaign promises were kept.  It’s still too soon to estimate what impact his departure from the White House will have on key issues like U.S. trade policy but that doesn’t mean we can’t speculate.

Candidate Trump’s promise to get the U.S. out of bad trade deals may have been the most important one he made during the campaign, second perhaps only to his commitment to get rid of ISIS.

So far, he’s followed through. He’s pulled out of TPP and the Paris Climate Accords and has initiated negotiations to modify NAFTA. How much farther it all goes, and if it filters down to the agency level, won’t be something we’ll know for some time – especially since he’s had a hard time getting his people into slots where they can make decisions that change policy.

Consider what’s going on at the U.S. International Trade Commission. During its May staff conference, Boeing, Canadian aircraft manufacturer Bombardier, Delta Airlines, and the Canadian government were all heard on the matter of the ongoing antidumping and countervailing duty allegations Boeing has made against Bombardier.

The bar for moving forward on such things is pretty low at the USITC and, in this case as in others, was met. Few doubted it would be. Boeing only had to prove the possibility that future economic harm at some time over the next two years existed. The dispute between the two manufacturers is now under official investigation, creating another piece in the puzzle that is the renegotiation of America’s trade deals.

In the current political climate, when even good trade deals are equated in some circles with job losses and the decline in U.S. manufacturing capacity this all gets special attention. Renegotiating these deals like NAFTA is a popular position – and on a bipartisan basis. Even generally free trade Republican members of Congress have been swept up by it after seeing how important it was conceptually to President Trump winning the White House.

This does not mean Boeing’s claim against Bombardier is right and worth pursuing. Some who have looked closely at the matter believe what the Seattle-based aircraft giant has claimed is based on the rankest kind of crony protectionism rather than facts and the need to preserve existing American jobs.

Bombardier’s newest jet is built from many parts made in America. Representatives of Pratt & Whitney were recently on Capitol Hill demonstrating the success that is its new Gear Turbofan: 16 percent more fuel efficient, producing 50 percent fewer emissions, and offering a 75 percent noise reduction design to power the Bombardier C Series. This engine, which is truly a technological marvel, is but one of more than 50 percent of C Series components that will be built in the United States, supporting over 5,000 American jobs.

As the USITC moves forward, Boeing’s best hope is that political influence rather than hard evidence will carry the day for it. The complaint is so much smoke and mirrors the seemingly universally accepted black magic of aircraft pricing in a bitterly competitive international marketplace is not likely to lead to any clear resolution in its favor because of the two-year economic threat window.

The rationale for it is the need to prevent companies from bringing frivolous suits intended only to safeguard future market activities instead of those that address imminent threats to existing products. Instead of presenting facts relative to that timeline Boeing has presented a significantly longer case factoring in the long lead times and legal commitments associated with aircraft manufacturing orders as a unique case for their products alone.

Boeing and Bombardier both testified a two-year lead time is essentially an industry standard. Boeing however insists USITC examine the matter over a five year period, citing order disclosure requirements of commercial airlines. Even within that additional timeline though, Boeing has not demonstrated they can compete with Bombardier because they do not as yet produce a comparable aircraft for the 100 seat market. This should nullify the legal argument as far as claimed damages go. At the very least it’s a stretch of the agency’s mandate.

Only immediate threats within the two year window to existing products and market share through aircraft dumping are within the USITC’s purview. Hypothetical new technology, product lines, and consumer pricing models should not play a part in an investigation taking place. It certainly should not be allowed to create a new precedent upon which future cases can be filed or worse, decided.

Innovation in the aircraft industry and the entrance of competitors keep prices low for both airlines at the procurement phase, and for consumers as aircrafts designed for modern routes enter service lowering ticket costs.

Changes in the marketplace should be driven by these considerations and by customer demand, not by hypotheticals included in dubious claims seeking a win before government regulators. Boeing and Bombardier have both enjoyed great success under those terms. The domestic political environment should not be allowed to negate any of these very real achievements which keep things competitive for the benefit of the thousands of American companies and workers in the aircraft industry.

The present facts suggest strongly that Boeing’s case simply does hold water. Withdrawing the claim would leave the American consumer a greater choice in commercial aviation through cheaper, and more modern air travel, all while supporting the American worker.