Peter O'Rourke
|
Posted: Jul 14, 2020 12:01 AM
Share   Tweet
The opinions expressed by columnists are their own and do not necessarily represent the views of Townhall.com. 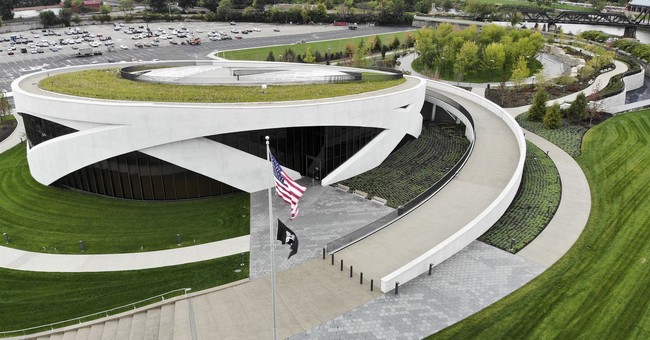 Editors Note: This piece was co-authored by Elizabeth Pipko.

Our veterans have sacrificed much for our freedom. Some have given the ultimate sacrifice. In times of need we often turn to our American heroes for protection, guidance, and inspiration; this pandemic is no different.

Our veterans not only serve us during their years on active duty, but many often continue to better the lives of those around them even after they return to their communities, displaying the true meaning of an American hero.

This brings us to Don Feeney and Fred Lewis, both Founding Members of the US Army’s Delta Force and 75thRanger Battalion. Don spoke to us about the mentality that he says has stuck with him since bootcamp. “You never look at the failure in front of you, you only look at how to get around it” he said. Feeney served in the US Army from 1971-1986 and has proudly taken the lessons he learned in that time with him through his life.

“Most vets will say, 'if I can’t do this, I can do something else'" he says, and that’s exactly what he did.

Feeney and his partner were busy working on a new technology business they had started when the COVID-19 pandemic first began. When the pandemic put a halt to their original business plan, they packed their bags, came home, and started a new venture; only this time their objective was to make the “invisible threat” a visible target. Feeney’s new venture also includes a commitment that he and his partner feel strongly about—providing meaningful and mission focused employment opportunities for disabled veterans.

Their military experience taught them that employment should include a sense of purpose, an especially important factor for veterans. Unfortunately, as we know all too well, some veterans face physical and mental health barriers after returning home, and Feeney, looking at how to get around these challenges, is structuring his new venture to provide disabled veterans a way to join the fight against the pandemic.

As the pandemic led to a shutdown of our economy, Feeney and his partner knew that they would be faced with more challenges than they had first anticipated. When the pandemic first hit, Feeney and his business partner, like many others, were hit with financial troubles. But, (as he mentioned to us many times), veterans know how to adapt. Feeney and his partner decided that they would change their business model and use the technology that they were already working on to try and create a new testing program for COVID-19. They immediately got to work on their solution, as well as developing a plan to hire and train veterans. Eventually they hope that these veterans can themselves be the ones going into their communities and using the technology to protect the vulnerable and save lives, as they once did.

Veterans are so much more than just former soldiers. In fact, they are often the visionaries behind some of our country’s greatest triumphs.

Our veterans often continue to step up to the plate even after they have completed their service to the country and go on with the hopes of bettering their communities and the lives of those around them. From holding the highest political office to walking on the moon; to the countless other businesses, non-profit organizations, and innovations that have come from our veterans, their contributions to our society are so much greater than any of us can even imagine.

Over the last few years, the Trump administration has made incredible strides when it comes to supporting our veterans. Historic reforms have been implemented at the Department of Veterans Affairs, including increased health care choices for veterans, the number of unemployed veterans was reduced significantly, and in 2019 President Trump signed a memorandum that eliminated 100% of student loan debt for permanently disabled veterans. Last month, President Trump and his administration also announced a plan to end suicide among veterans and all Americans called the PREVENTS roadmap (President’s Roadmap to Empower Veterans and End a National Tragedy of Suicide).

These efforts are a huge step in the right direction when it comes to fully supporting those who risked it all for our freedoms. Veteran issues become American issues when we realize something that all of our veterans already know all too well: we are all in this together.

We face numerous obstacles as a society. And whether we are focused on issues of healthcare, education, or lifting others out of homelessness, our veterans have always stood right alongside us, often even leading the charge towards tackling these difficulties.

Countless veterans right now are stepping up and doing their part to fight this pandemic, finding new and inventive ways to support the national effort to combat this threat.

Veterans are making significant contributions all across America, but are we taking notice? Are we looking to their service and sacrifice to show us just what it means to be committed to a better tomorrow for our country? Are we looking to their efforts in development and innovation to show us how we should work to bring back the economy and unify our country? And even more importantly, how can we afford not to?

Peter O’Rourke served as the acting United States Secretary of Veterans Affairs and VA Chief of Staff under President Trump. He is a veteran of the United States Navy and Air Force. Elizabeth Pipko is the founder of The Exodus Movement, and a 2016 Trump campaign staffer. Her book, Finding My Place, is set to be released this summer.