Peter Morici
|
Posted: Aug 30, 2016 12:01 AM
Share   Tweet
The opinions expressed by columnists are their own and do not necessarily represent the views of Townhall.com. 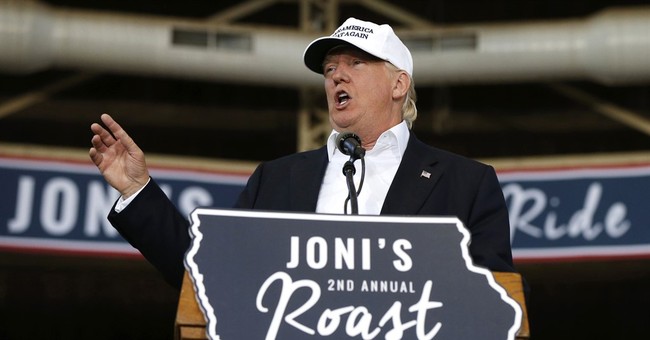 For example, President Clinton consented to China’s membership in the World Trade Organization in exchange for an agreement to open its markets to U.S. exports and investment—a promise that is yet to be fulfilled.

Beijing still maintains much higher tariffs on U.S. products than are imposed on Chinese products here, subsidizes manufacturing by rolling over state bank loans to money-losing state enterprises, and suppresses the value of its currency to keep its exports cheap and American-made products expensive in China.

American consumers do enjoy artificially-inexpensive coffee makers at Wal-Mart but at a terrible hidden cost. Free trade destroys jobs when it admits additional imports but fails to create a comparable amount of new sales for American goods and services abroad.

Campaigning for president in 2008, Mr. Obama promised to get tough with China and redress the trade imbalance but once elected, he put no teeth in that policy.

During his tenure, the trade deficit with China has increased more than $100 billion, costing American workers some 800 thousand jobs directly and 1.2 million jobs counting in those lost from workers not spending lost wages domestically.

Mr. Trump’s proposed tariff on imports to force China to revalue its currency and renegotiate its trade practices is hardly reckless. Similar measures have been proposed by liberal New York Times columnist Paul Krugman and Mitt Romney running for president in 2012.

Mr. Obama has failed to adequately challenge China’s construction of an artificial island with significant military potential in the South China Sea, and not adequately support American allies in the Pacific when bullied by Beijing. Whereas Mr. Trump advocates beefing up US military assets in the region and confronting Beijing’s territorial claims from a position of strength, Mrs. Clinton describes the Sino-American relationship as “positive, cooperative and comprehensive.”

Illegal immigration at our southern border has vexed American presidents for generations, but the Mexican government has generally refused to cooperate in stemming the flow.

It may not be acceptable to say in the neatly pressed society of American foreign policy elites, but Mexico has one of the most corrupt governments among members of the Organization for Economic Cooperation and Development—the club of western industrialized countries. The weight of graft keeps Mexico City from providing its citizens with clean air and water, adequate social services and opportunities for decent wages,and those drive its citizens north in search of a better life. In turn, many Mexicans employed in the United States send sizeable remittances to relatives back home and that helps prop up a wanton regime.

Many advocates of NAFTA, including this author, anticipated a more open commercial relationship with the United States and Canada would help propel political reform but that has not happened.

Mr. Trump will not likely persuade the Mexican government to erect a wall along the border, however, cutting off remittances, as he advocates, would motivate it to adopt a more cooperative posture regarding border enforcement.

President Putin is asserting Russian power and extending its influence in Eastern Europe and the Middle East by among other things violating Ukrainian territorial sovereignty and supporting Syrian strongman Bashar al-Assad.

American options for dealing with Russia and ISIS are limited by twin realities. Europeans, led by Germany, are unwilling to put ground troops into harm’s way to help defend freedom in Eastern Europe or to combat ISIS. Without such a European commitment, the American public would surely not countenance substantially greater commitments of U.S. forces to face down Russia or to destroy ISIS.

In the war against ISIS, Mrs. Clinton generally shuns cooperation with Russia—characterizing President Vladimir Putin a man without a soul. Instead, she advocates establishing a no-fly zone over Syria whose purpose is vague but would put the United States in direct confrontation with Russia more than ISIS.

The next best option is similar to the one chosen by President Truman when faced by Stalin after World War II. No matter how distasteful, cut a deal with Russia to circumscribe Russian influence in Eastern Europe and the Middle East and more effectively combat ISIS.

Foreign policy experts in both political parties have staked their careers on simplistic assumptions and flawed policy prescriptions that have often undermined American interests.

Dealing with the world as we find it, not as we wish it would be, is hardly the inclinations of a reckless fool.

Trump’s rhetoric may be clumsy and alarming, but his instincts are spot on.