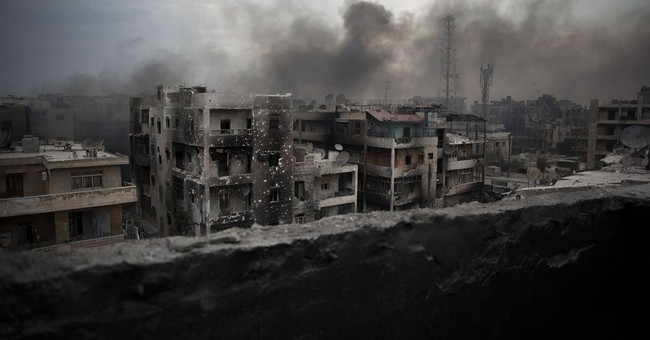 Fighting racism, prejudice and the violence those can beget is everyone’s job. Muslims would do well to respond to President Obama’s invitation to combat extremist ideas in their communities, but too often Washington’s broader policies toward minorities encourage just the opposite.

Ideologies of love and hate have a lot in common. Those appeal to youth seeking meaning and the marginalized in simple terms and easily metastasize to uncontrollable dimensions.

The message Saint Peter and other apostles spread through the Roman Empire was easily reduced to a narrative no longer than this column. Once they visited a community, new evangelists easily emerged to preach in other places. Roman soldiers could ferret out the believers in one town, only to have dozens crop up in others.

Medieval fables about the deeds of Jews, enjoying even greater brevity but equal poignancy, spread quickly and remain dangerous today.

Islamic extremists benefit from similar simplicity by proselytizing that modern life conflicts with Islamic teaching, the West and colonialism are responsible for the despair afflicting so many Muslim communities, and violence is necessary to defend the faith and redress injustices.

That message is easily carried from one neighborhood to another, propagated over the internet, and benefits from considerable financial support from ISIS.

In the United States and Europe, top-down government education programs and surveillance will never be any more adequate than the Roman legions.

Without the specific participation and vocal support of moderate Muslim leaders, extremism can consume entire communities. For example, in Vilvoorde Belgium, a town of only 4200, 28 young people have left to fight for Syria and Iraq.

Parents, teachers and religious leaders are best able to first spot beginnings of hateful influences among young people and engage them. They can do what Christian leaders have been doing for years—explain to young people that hateful ideas about others are ill-founded and can do as much harm to them as to their targets.

Sadly, well meaning, broader efforts of government to redress the legacy of past discrimination cause moderate Muslims to recoil when now challenged by the president to cooperate in constructive programs within their communities.

For example, policies such as affirmative action and business set asides for African Americans—based on notions that blacks are perpetually encumbered by slavery—encourages a culture of victimization and entitlement among blacks and perpetuates dangerous notions of black inferiority and resentment among whites.

Simply, those policies feed racism and encourage other groups to paint themselves victims.

No one benefits more than Muslim parents from the success of the president’s pilot programs in Minneapolis, St. Paul, Los Angeles, and Boston to combat extremist influences. After all, those could help immunize their children from Islamic terrorists’ messages and ultimately save them from ISIS recruiters.

Yet, some Muslin leaders invited to the president’s summit on combating terrorism and spreading those programs nationally declined invitations. In the words of Fahd Ahmed, a leader from an immigrant organization in New York City, Washington’s approach “continues to see Muslim communities only through the lens of security, which inherently implies suspicion.”

Perhaps, but what is certain is that without such suspicion of Muslims—real or fabricated—the premise for Ahmed’s organization and his career dissolves, and government policies do make claiming discrimination a promising path for his followers and him to federal largess.

The president in his remarks at the summit, as he does at virtually every opportunity, talked about redressing economic injustices and hit on many vote-chasing buttons in the progressive vernacular.

Still if Muslims want to save their children, help from the community programs Obama is championing could make all the difference. As for Obama, he would do well to consider how much his broader political tactics are mirrored in those of Ahmed and feed Muslim resistance to his efforts to counter the cancer of extremist thoughts.

Peter Morici is an economist, a professor of international business at the University of Maryland and a national columnist. He tweets @pmorici1