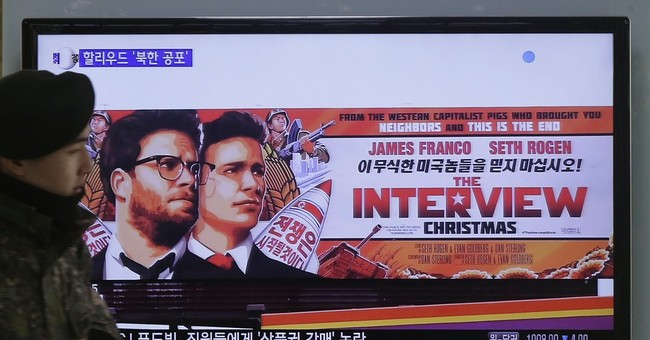 The American people now have a censor—North Korean dictator Kim Jong Un, and they can thank President Obama's failure to defend their rights to free speech and privacy.

After hacking Sony's computer network and subjecting its employees to identity theft and public embarrassment, North Korean hackers threatened theater chains with a 9-11 attack if they exhibited a satirical comedy about a plot to assassinate Kim Jong Un.

Sony, unable to find theaters or pay TV and digital platforms to carry the movie, was forced to cancel its December 25 release. And Hollywood studios are now shelving other projects that might offend North Korea.

For months, the Administration has been aware of the movie and warned Sony North Korea might attempt to shake down U.S. targets, but did little to protect the studio or its exhibitors.

U.S. policy on cyber attacks is to protect private-sector assets vital to U.S. infrastructure—for example, the power grid, banking and internet—but the administration has repeatedly failed to act effectively when other private businesses and citizens are threatened.

For example, the Chinese government and army have hacked U.S. firms, seeking to steal vital corporate secrets, but the best the Obama Administration has been willing to muster are protests and criminal indictments of Chinese military officials, which are meaningless if they don't travel to the United States.

Washington could mount counter attacks. However, the Obama Administration's response, whether regarding China's bullying of U.S. allies in the China Sea or its harboring North Korean hackers operating within its borders, has been to plead for relief. And to seek new areas of cooperation with China in the spheres of economics and defense that could one day reduce America to Beijing's client state.

Now, no one should be surprised that North Korea has concluded it can destroy Sony's internal communication system, subject its employees to peril and bully all of Hollywood at its whim.

And U.S. businesses must now reckon with the fact that rouge foreign governments will steal and exploit their intellectual property, unless they pay tribute.

Granted national and local law enforcement officials may not be able to secure thousands of theaters across the country on December 25. However, instead of remaining silent as Sony was abandoned by movie distributors, the Obama Administration could have worked with the large theater chains to protect marque venues in major cities for the movie's release. And Obama could have set an example, by personally attending the New York debut, and sending his cabinet to screenings around the country.

Obama could host a command performance, inviting prominent Americans, and let Sony post a for pay link to the movie on the White House website.

Although North Korea has a military cyber command composed of about 3000 people, its internet infrastructure is limited and U.S. options for imposing comparable disruption on its businesses and society through cyber retaliation are equally limited.

North Korea is already the target of economic sanctions, and U.S. options to isolate it further are virtually nil.

Instead, Washington could use its cyber capability, for example, to shut down Pyongyang's power grid. And if Washington can't accomplish that, it could resort to punitive military strikes to damage important economic assets and impose maximum pain.

In any case, the damage inflicted on North Korea should be much more than proportionate—it should be many times larger and more devastating to deter other attacks by hostile governments.

Instead, Obama criticizes Sony for bending to foreign censorship, when it is his job to defend Americans from foreign aggression.

Americans are now forced to worry about what they write in the newspaper, post on the internet or even say publicly for fear of offending foreign powers and attracting personal attacks that could ruin their finances and reputations.

Those are simply not an acceptable violation of personal liberty on American soil by a foreign power—and all because our president simply lacks the courage to defend us.