Bull Market Has a Lot More Room to Run 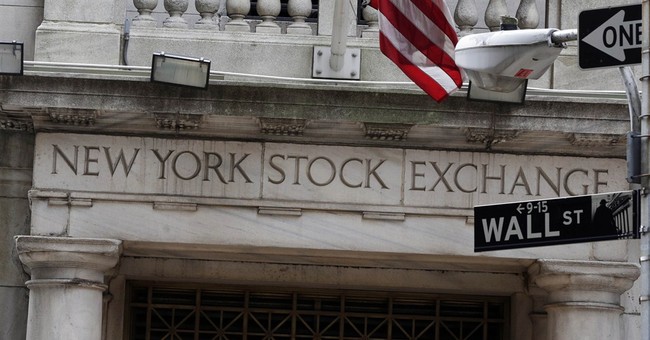 Stocks are trading at record levels. Still the bull market could easily run equities up another 25 percent—even against the backdrop of slower economic growth abroad.

The sagging fortunes of other advanced economies are mostly caused by structural problems that are unlikely to abate—in the European Union the rigidities imposed by a single currency, in Japan by a low birth rate and in both places by inflexible labor markets and business regulations.

Those compel the European Central Bank and the Bank of Japan to keep interest rates low, and to the extent their charters and politicians permit, purchase long-term government bonds and private securities.

Those conditions push European and Japanese private investors to seek alternatives in foreign markets, and the preferred venues are China and the United States where the economy and corporate profits are growing. The most likely targets are U.S. multinationals and Chinese companies listed on U.S. and other foreign exchanges, because the latter adhere to higher accounting standards and their finances are more transparent than other Chinese companies.

The Bank of Japan and Pension Fund of Japan are flush with domestic securities, and are purchasing domestic and foreign stocks directly—that’s a profound development. With Japan’s population aging, Japanese leaders are increasingly financing future retirement obligations, which cannot be carried by investment opportunities in Japan alone, by investing in America!

At the same time, digital technologies are permitting U.S. and Chinese entrepreneurs to create competitive enterprises large and small—like Google and Uber—with much less capital and more quickly.

Little more than a decade ago Google was launched with only $25 million in capital. Exploiting a novel search engine with off the shelf servers and the free internet, it accomplished worldwide reach and a market capitalization of $23 billion—900 percent—in just six years.

Consequently, big U.S. companies require less capital to remain competitive and grow, and are flush with billions in cash. Along with money managers, they bid up prices acquiring young companies, whose owners are looking to cash in on their initial success, and continue to purchase back large blocks of their own stock.

Taken together, those forces have pushed stocks to record levels, and pushed down yields on corporate and government debt.

The average rate of profits for companies comprising the Standard and Poor’s 500 is 5.2 percent, and that compares quite favorably with the 2.3 percent paid on 10-year Treasuries.

Investors remain cautious that the Federal Reserve could push up interest rates on government bonds enough to dampen stock prices in 2015, but weak economic conditions in Europe and Japan—and geopolitical risks in Eastern Europe, the Middle East and elsewhere—will likely constrain the Fed’s enthusiasm for higher long term rates.

Assessed against alternative investments and history, and given how quickly and efficiently digital technologies permit entrepreneurs and established businesses to create wealth using investors’ cash, stocks are hardly overvalued.

A P/E ratio approaching 25 is a reasonable target, even as the Fed tightens monetary policy moderately in 2015. That would put the S&P index at above 2500.

Peter Morici is an economist and business professor at the University of Maryland, and a national columnist. He tweets @pmorici1