Peter Demos
|
Posted: Jan 16, 2021 12:01 AM
Share   Tweet
The opinions expressed by columnists are their own and do not necessarily represent the views of Townhall.com. 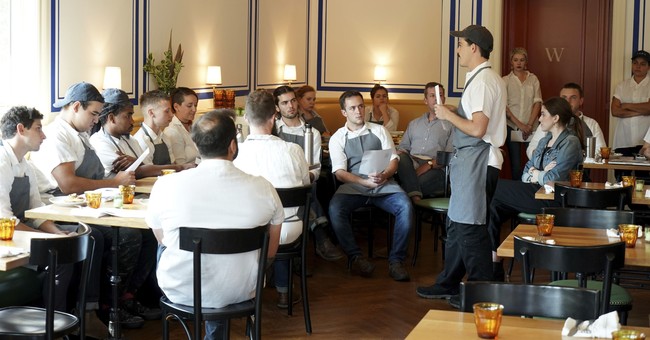 More than any other industry across the nation that was forced into shutdowns during 2020, restaurant closings had an exponential negative economic ripple effect on blue-collar workers. As the owner of multiple restaurants and businesses across Middle Tennessee, I witnessed firsthand how lockdowns not only harm restaurants but all other businesses they support. With state restrictions tightening once again, it’s clear that another round of mandated shutdowns is possible. This would surely wipe out a huge portion of the industry, leaving thousands jobless and impoverished, not to mention the negative impact on cultures that rely on sit down restaurants as a cornerstone of community, leaving people starving for more than just a stable income and the ability to work.

With an impending Biden presidency and other countries already reentering lockdown, including France and England, there is no time to waste in preventing another shutdown for the U.S. that would ruin not only businesses but the families and communities they uphold who can’t make ends meet for the rest of 2021 with a $600 “stimulus” check.

My small independent chain of restaurants alone spent $75,000 less on napkins and uniforms, $30,000 less on silverware and $200,000 less on payroll taxes. Additionally, we spent tens of thousands of fewer dollars on mechanical repairs and almost $1 million less on products provided by our nation’s farmers. This amount would be greatly exaggerated when you see the economic impact of every other restaurant in the nation that suffered similar blows. By being forced to close down dining rooms for even a short period of time, all businesses that restaurants symbiotically support were affected.

If I were to interview other individuals and restaurant chain owners across the nation about how they were impacted by the shutdowns, these numbers would be millions more. But even just for my businesses, it’s gut-wrenching to consider how closing our dining room doors perforce negatively impacted farmers, restaurant suppliers, cleaners, machine repairers, cooks and so many more on whom we rely and vice versa.

Being anti shutdown isn’t about being anti-health or safety: it’s about being having compassion for all the individuals and livelihoods that likely wouldn’t survive more shutdowns. As restaurants go, so go the blue-collar businesses that are the backbone of our nation.