What happens in Russia may not stay in Russia. 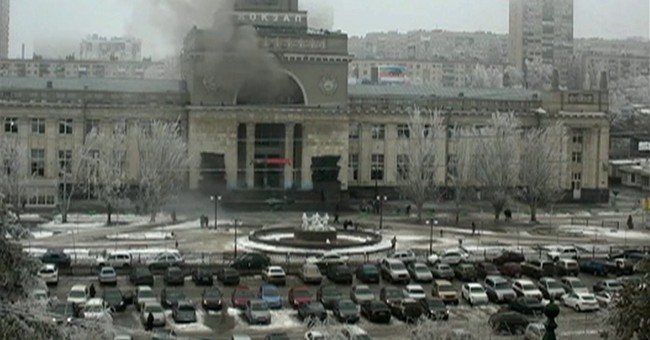 This week’s terrorist bombings in Russia allegedly perpetrated by Islamist militants from the Caucasus region should be of deep concern to us — and not just because of the Winter Olympic Games next month in Sochi.

Of course, the two bombings in two days in Volgograd that killed some 30 people do give us good reason for concern about the security of thousands of athletes and coaches from nearly 90 countries and the throng of spectators who will attend the games along with the foreign dignitaries who pop in and out.

(While neither President Obama nor Vice President Joe Biden will attend due to troubled U.S.-Russia relations, the White House was intending to send a high-visibility delegation.)

Though security will be incredibly tight inside the Sochi “bubble,” making a terror attack there difficult but not impossible, there could be strikes elsewhere in Russia due to the concentration of security forces at the Black Sea resort town.

In the past, Islamist terrorists from the Caucasus have infamously hit a theater, an elementary school, an airport, airplanes, a train, a subway, a bus — you get the idea.

More attempted attacks — even small ones — leading up to, or during, the Olympics are likely. It highlights their cause (an independent Islamist state) as well as attracts new foot soldiers and funding sources.

It also bloodies the nose of Russian President Vladimir Putin, who has been battling Chechen and other Caucasus separatists practically since the Soviet Union’s collapse.

These attacks sully his image at home as the protector of Mother Russia, undermining his iron-fist rule. Worse, despite concern for harming innocents and disrupting the Games, Russia’s terror problems are indeed our worry too.

Doku Umarov, leader of the main Caucasus terror group (Caucasus Emirate) — and likely behind the recent attacks — has been considered a significant threat to U.S. interests for a while now.

The State Department has a $5 million “Reward for Justice” out on him; Washington also targets the Caucasus Emirate’s finances due to “the threats posed to the United States and Russia.”

The point here is that conflicts involving regional actors and interests sometimes become internationalized — meaning we had better pay close attention to what is happening in Russia.

As we’ve experienced since 9/11 with the likes of the Fort Hood shooter and the Boston Marathon bombers (who had Caucasus ties), the evil that lives abroad doesn’t always stay abroad.

***Peter Brookes is a Heritage Foundation senior fellow, a former deputy assistant secretary of defense, and a contributing editor to A Line of Sight.com. This article also publishedJanuary 3, 2013 in his regular column in the Boston Herald.