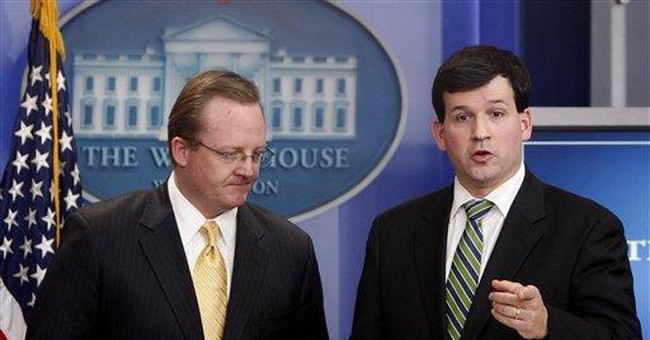 In another outreach to roguish regimes, the Obama administration on Monday announced the easing of some restrictions on Cuba.

Sure, it's fine to allow separated families to see each other more than once every three years -- even though Cubanos aren't allowed to visit America.

And permitting gifts to Cuban relatives could ease unnecessary poverty -- even though the regime will siphon off an estimated 20 percent of the money sent there.

In the end, though, it's still Fidel Castro and his brother Raul who'll decide whether there'll be a thaw in ties with the United States -- or not.

And in usual Castro-style, Fidel himself stood defiant in response to the White House proclamation, barely recognizing the US policy shift.

Instead, and predictably, Fidel demanded an end to el bloqueo (the blockade) -- without any promises of change for the people who labor under the regime's hard-line policies.

So much for the theory that if we're nice to them, they'll be nice to us.

Many are concerned that the lack of love from Havana will lead Washington to make even more unilateral concessions to create an opening with Fidel and the gang.

Of course, the big empanada is the US economic embargo against Cuba, in place since 1962, which undoubtedly is the thing Havana most wants done away with -- without any concessions on Cuba's part, of course.

Lifting the embargo won't normalize relations, but instead legitimize -- and wave the white flag to -- Fidel's 50-year fight against the Yanquis, further lionizing the dictator and encouraging the Latin American Left.

Because the economy is nationalized, trade will pour plenty of cash into the Cuban national coffers -- allowing Havana to suppress dissent at home and bolster its communist agenda abroad.

The last thing we should do is to fill the pockets of a regime that'll use those profits to keep a jackboot on the neck of the Cuban people. The political and human-rights situation in Cuba is grim enough already.

The police state controls the lives of 11 million Cubans in what has become an island prison. The people enjoy none of the basic civil liberties -- no freedom of speech, press, assembly or association.

We also don't need a pumped-up Cuba that could become a serious menace to US interests in Latin America, the Caribbean -- or beyond. (The likes of China, Russia and Iran might also look to partner with a revitalized Cuba.)

With an influx of resources, the Cuban regime would surely team up with the rulers of nations like Venezuela, Nicaragua and Bolivia to advance socialism and anti-Americanism in the Western Hemisphere.

The embargo has stifled Havana's ambitions ever since the Castros lost their Soviet sponsorship in the early 1990s. Anyone noticed the lack of trouble Cuba has caused internationally since then? Contrast that with the 1980s some time.

Regrettably, 110 years after independence from Spain (courtesy of Uncle Sam), Cuba still isn't free. Instead of utopia, it has become a dystopia at the hands of the Castro brothers.

The US embargo remains a matter of principle -- and an appropriate response to Cuba's brutal repression of its people. Giving in to evil only begets more of it. Haven't we learned that yet?

Until we see progress in loosing the Cuban people from the yoke of the communist regime, we should hold firm onto the leverage the embargo provides.

Biden Reminds Gun Owners the Government Has Nuclear Weapons
Townhall
What the actual EFF is THIS? This CAN'T be real: Mom trashes 5-year-old daughter and preteen son in rant about 'white girl tears' (watch)
Twitchy
Biden Threatens to Nuke Americans but Manages to Blow Up a Big Democrat Narrative Instead
Redstate
The Morning Briefing: We Can't Let the Psycho Marxist Democrats Win the Critical Race Theory Fight
PJ Media