Stormy Daniels And Her $130,000 Donation To Planned Parenthood

Penny Young Nance
|
Posted: Apr 19, 2018 12:01 AM
Share   Tweet
The opinions expressed by columnists are their own and do not necessarily represent the views of Townhall.com. 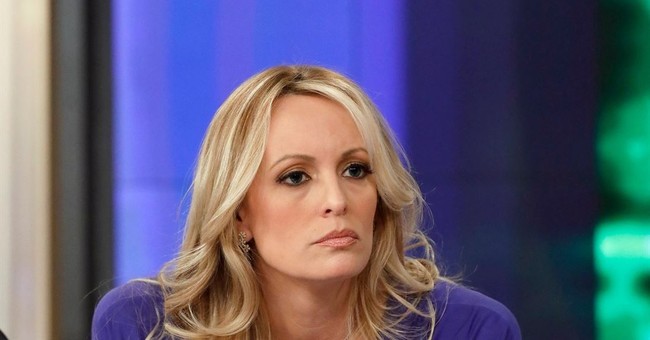 Lest her calm, cool, and collected 60 Minutes interview give the wrong impression, it’s important for us to remember that Stormy Daniels is in no position to establish herself as a role model for women and young girls.

Having received some backlash for accepting what has been characterized as hush money, Daniels is now trying to emphasize her selfless and philanthropic nature by donating the cash. She could have chosen to donate to any charity — perhaps an organization that helps sex trafficking victims or victims of assault and violence. Instead, she has chosen that $130,000 will be going to the bank account of Planned Parenthood, the nation’s largest abortion vendor who has been caught on tape aiding sex traffickers — and then training employees on how to not say incriminating things on camera to undercover journalists.

This reeks of another expensive public relations campaign by Planned Parenthood to get their name in the press and attach themselves to a national story that isn’t going away anytime soon.

It’s their MO. The Women’s March was shaping up to be huge in 2017, so Planned Parenthood decided to sponsor it and ultimately became a key player in the movement. The March for Lives was a huge national story dealing with gun violence; Planned Parenthood tweeted out their support (and subsequently got slammed for their hypocrisy). The immigration debate - why not? The non-profit supports illegal immigration because they sell more abortions that way.

It’s not much of a surprise that Stormy Daniels is on the Planned Parenthood train and vice versa. Daniels was a “successful” star in pornography and is continuing her run next week with a cover shot on Penthouse along with a nude photoshoot. This is the kind of modern day feminism Planned Parenthood loves, where women shed their dignity and damage their souls in exchange for money and power.

Pornography, particularly today’s ubiquitous, violent version, is anything but harmless. Studies have found it can adversely affect the brain, create problems in one’s sex life, become addictive and break apart families, negatively warp views on relationships, and is linked to prostitution and sex trafficking.

The thing is, Planned Parenthood doesn’t even need Stormy Daniels’ money. In 2016, they had excess revenue of $98.5 million. The same year, they also spent an astounding $38 million trying to elect Hillary Clinton and other Democrats. And they recently announced they plan to spend at least $20 million in this year’s midterm elections.

Stormy Daniels and Planned Parenthood have much in common, but the most insidious is the lie (straight of out the pit of Hell) to young women that a life of sexual promiscuity is glamorous and freeing.  Their glossy promotion of pornography casts women as objects devoid of worth beyond their use for the sexual pleasure of men.  They divorce body and soul.  And they profit from human misery.

Feminist Naomi Wolfe said, “The Victorian woman became her ovaries, as today’s woman has become her ‘beauty.’” There is nothing remotely feminist in the arrangement of sex for money.  Those who promote “sex work” as a valid career choice for women, (ahem, the Women’s March) are guilty of shameful devaluation of women.