The Possibility of a Better Future for Amtrak 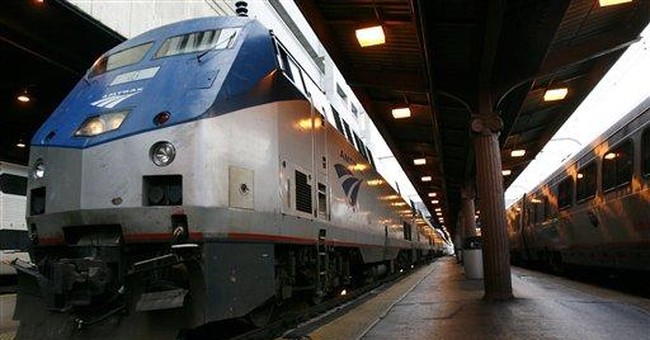 The 111th Congress recently passed an authorization bill which provides more money for Amtrak than any bill passed in history. President George W. Bush signed the bill. For the first time Amtrak has been granted more money than required to keep the railroad operating. True it is that the appropriators will determine how much money Amtrak actually receives. But for the first time the President-elect has said he supports Amtrak. Moreover, the Vice President-elect rode Amtrak to and from Wilmington, Delaware every day Congress was in session from 1973 through 2008. He said, "I intend to see to it that Amtrak will become a first-class railroad." Amtrak has been carrying a record number of passengers on almost all its trains. Even with gas prices dropping Amtrak has continued to set new records. This is as close to Nirvana as it gets.

So why would Alex Kummant abruptly resign at this moment when an Amtrak President finally can accomplish something? The explanation given by Amtrak itself was inadequate and maybe disingenuous. He has been unavailable to comment. Amtrak officials zipped up like a third-grader's snowsuit. We don't know whom the Board has in mind to take Kummant's place. Amtrak Presidents in the post-Graham Claytor era have not lasted long. With a new more sympathetic Congress, some stability would be appreciated.

After weeks of trying to learn what was going on, I finally determined that there apparently was a personality conflict between Kummant and the Board. It began back in Seattle at an off-site meeting when the Board believed that Kummant talked down to them. Matters continued to deteriorate all summer. It seems that Kummant thought the Board ought to set broad policy and should not be heard from again. Having served on that Board for six years I can tell you that the Board is very active. I was Chairman of the Strategic Marketing Committee. I was continually in touch with management people in my area. In fact, I was the first person on that Board to challenge some of the policies of Graham Claytor. The more the Board continued to intervene in management matters, the more Kummant resented it. Finally the Board made it clear that it regarded Kummant's tenure as the equivalent of a bad marriage. In fact, Kummant and the Board engaged in a nasty exchange of e-mails. The Board set about trying to come up with a statement which would have given Kummant cover. The decision to let him go was made some time before he actually left. The story got out because Kummant's packed boxes were seen. Also, a complex California trip which had been designed for Kummant was cancelled. Instead it was an extremely tense time at Amtrak. The Acting President is someone whom David Gunn had brought in. At age 44 he has had a long career in Canadian railroading and transit. He has dual Canadian and America citizenship. His tenure is thought to be short-lived. The Board apparently had been searching for a new CEO even while Kummant was still in charge.

So watch for an announcement, perhaps at the first of the year, of a new CEO who understands that the Board will be active in management issues. Whoever it is will come in at an unprecedented time for Amtrak. The railroad always has had strong support in Congress. This is the first time since President Richard M. Nixon signed the Amtrak Bill against the advice of his aides Haldeman and Ehrlichman that the railroad will have strong support from the Executive Branch. Perhaps this time the Board will come up with a CEO who will cultivate better relationships with Board Members. If there is such a person he or she probably will have a long tenure. If the new person could get along with Board Members life at 60 Massachusetts Avenue, NW, would be much better.