A Need For More Reality in the Presidential Nomination Process 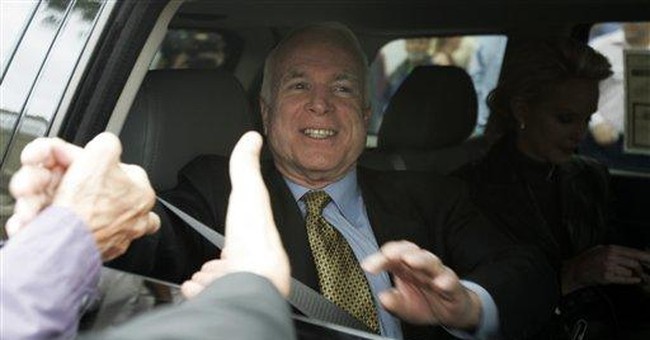 When was the last time Republicans had a true brokered convention? I would argue that it was the 1920 Convention which produced Senator Warren G. Harding of Ohio and Governor Calvin Coolidge of Massachusetts. There was a record number of ballots without result. Finally the boys in the backroom produced these two candidates and they were approved at last by the convention delegates. It turned out to be a winning combination. On election night for the first time radio broadcast the results. KDKA in Pittsburgh and a few other locations caused listeners to tune in their crystal sets to hear about the landslide victory of Harding and Coolidge.

The good-looking and smooth-talking Harding produced the slogan “Return to Normalcy.” Voters were sick and tired of World War I and President Woodrow Wilson’s “Make the world safe for democracy.” In addition Coolidge had put an end to the Boston Police strike, stating, “No one has the right to strike against the public interest at any time or in any place.” The combination was perfect for the public relations campaign between the summer convention and the November election.

The media today is salivating at the prospect of a brokered convention. Former Governor Mike Huckabee, of Arkansas, won the Iowa Caucuses. Senator John S. McCain III, of Arizona, won the New Hampshire Primary and favorite son former Governor Mitt Romney, of Massachusetts, took the Michigan Primary. McCain also won Saturday’s primary in South Carolina, although his victory over Huckabee was indecisive. Meanwhile, the media is cheering for Rudolph (Rudy) Giuliani, former Mayor of New York City, to take Florida, where he has sunk all his resources. Then there would be no clear winner going into the race on Super Tuesday, February 5. If no clear winner were to emerge from the twenty-six states which vote in that massive primary a brokered convention would be likely. However, all of this is unlikely. It is much more likely that a clear winner will be declared after February 5. Although the remaining states will have primaries and caucuses, no doubt that clear winner would pick up most of the remaining delegates.

But if no clear winner would emerge after Super Tuesday, a big if, then the prospects for a brokered convention would be likely. I can’t blame the media. The past many conventions have been stage-managed events. Dull, dull, dull. The old line networks have cut back their coverage to a couple of hours each night. They have left gavel to gavel coverage to CSPAN, CNN, MSNBC and Fox News. Yet a brokered convention would be exciting. The networks would again have gavel-to-gavel coverage. By the way, there have been nominations with excited coverage – the 1964 Convention, which nominated Arizona Senator Barry M. Goldwater. Goldwater had a majority of the delegates but the media was hopeful that a “moderate” would emerge to take votes away from Goldwater and deliver the convention to someone else. And the 1976 Convention in Kansas City, where it was not clear at the beginning which candidate had the majority of delegates, but beyond those conventions, in modern times conventions have become carefully managed shows, aimed at getting the word about the nominee out to the public.

Most likely we will have that kind of convention again this year. But the media can only wish for something worth covering. There are many on the sidelines who are wishing right along with them. We are tired of the stage-managed nonsense. We are tired of being told that our candidate, if on the losing side, has only three minutes and forty seconds, and his speech must be censored before delivery. We are tired of being told that our candidate may not mention the right to life, the right to keep and bear arms, and that marriage is between one man and one woman. How about a reality politics show. How about showing the public what really happens in politics.