Conservatives Can Step Up Their Digital Strategy With Online Petitions 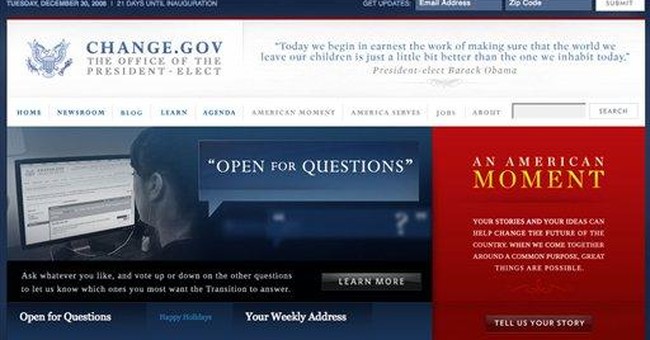 It’s no secret that conservatives need to step up their digital game, and despite great strides since 2008, there are still key facets missing from our arsenal for online organizing. One powerful tool often deployed by progressives is the use of online petitions to rapidly garner substantial support.

Petitions themselves aren’t a new concept. In fact, they’ve have been used for hundreds of years to influence decision makers across the globe--from pre-modern Imperial China, to the British House of Commons in the 18th and 19th Centuries, to modern-day American politics. However, the rise of the Internet has dramatically transformed this tried and true form of advocacy, making it easier and more convenient for like-minded activists to speak with a unified voice.

Progressives are well ahead in the digital game. They’ve championed petition websites like Change.org, which started in 2007 and has garnered 87 million users to achieve tangible results. Activists used the platform to stop a major bank from charging users a monthly fee and shaped a student loan program at Sally Mae. When the television show “Family Guy” killed off a beloved character, Brian the family dog, 120,000 people signed a petition, which successfully convinced the show’s writers to bring him back to life.

Conservatives believe in the power of the individual: individual liberty, individual freedom and individual responsibility. However, as conservatives celebrate their ideology, failing to speak with a united voice will cause them to continually lose on important policy issues.

Conservatives have everything to gain, especially as they seek to attract younger voters and broaden their base. Groups such as Americans for Prosperity and Heritage Action have taken note and host petition platforms on their websites. Building on that momentum, Intermarkets recently launched a free, standalone platform for conservatives in which any individual or organization can create a petition for their cause, whether it be a local, state, or national issue.

Petitions provide a megaphone for individuals to promote free-market principles and help generate measurable support for important policy issues. Organizations often face the challenge of recruiting activists beyond their membership or supporter base, while, at the same time, recruitment is the livelihood of any organization. Online petitions connect individuals with organizations who share the same viewpoints and foster collaboration.

With a new Republican-controlled Congress, petitions can serve as a platform to help conservatives unify their voice to help shape the legislative agenda. New technology is enabling platforms to deliver individual petition messages to federal and state legislators and regulators to ensure they receive real-time feedback from their constituents.

No doubt, polling and tactics like opinion editorials still hold gravitas. But, gathering a group of people who actively “raise their hands” in support for a cause, amplifies a cause—and that speaks volumes. Online petitions are making this possible, and it’s time for conservatives to get on board.