Saving Obama from Himself: The Machiavellian Thing vs. the Moral Thing on Healthcare 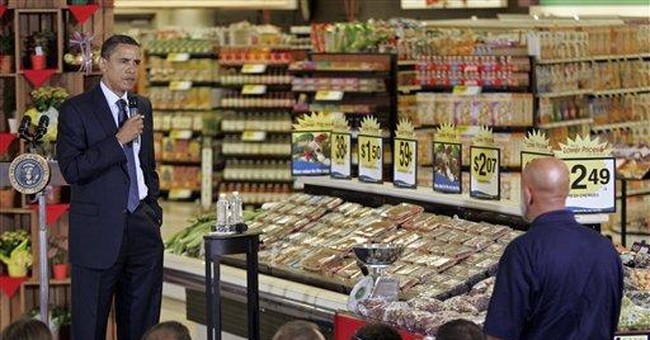 Late Republican political strategist Lee Atwater, a brilliant Machiavellian, used to invoke what he called "The Napoleonic Maxim:" Never interfere with the enemy when he's in the process of destroying himself.

If Atwater were alive today, how would he advise conservative Republicans in responding to the "healthcare reform" being pushed by President Obama and the Pelosi-Reid Congress? Would he suggest they do the Machiavellian thing or the moral thing? I'm hearing both options.

Conservatives, particularly on talk-radio, are in an all-out frenzy to rally Americans to halt "Obama-care," and for good reason. But what happens, politically, if they succeed?

If conservatives succeed in stopping this train-wreck, they may save Barack Obama from himself. They will un-tie the albatross that could sink his ability to win a second term; ditto for another term by this radical-left Congress. And if Obama is reelected, he can do countless other things they will consider likewise destructive, from taxes to social policy to the courts to foreign policy, often under the radar.

While the analogy isn't perfect, think about the election of the Republican Congress in 1994, which was propelled by President Bill Clinton's early leftward lurch, most evident in Hillary Clinton's 1993-94 attempts to socialize medicine. The public responded by electing the Gingrich Congress. Forced to moderate, a more centrist Bill Clinton emerged, and easily won reelection.

That more moderate second term had some benefits, even producing balanced budgets. But it was a second term that included some terrible things, from partial-birth abortion to court picks that made conservatives cringe, not to mention the sordid impeachment trial.

So, conservatives urging a halt to "Obama-care" should be careful what they wish for: Could they help produce four more years of President Obama? Would that be best for conservatism? Would it be best for America?

That brings me to the counter-argument, raised by several friends of The Center for Vision & Values. Call it the "moral thing:"

If the Obama-Reid-Pelosi plan is as bad as it seems, then, indeed, the higher priority ought to be to stop the Europeanization of our healthcare system-to avoid unnecessarily revolutionizing the world's best healthcare system.

Since 2003, Barack Obama has openly advocated a "single-payer universal healthcare program," repeatedly and explicitly, as have his liberal colleagues in Congress. Such a system, such an ultimate end-goal, potentially begun by this current plan, would permanently bureaucratize the system.

Ronald Reagan once said that the closest we will ever get to eternal life on this planet is a government bureaucracy. He was right. And if you turn America's healthcare system into a single-payer government system, it would be extremely difficult to turn back. It would be like unscrambling eggs.

And what's at stake?

I'm greatly concerned with a toxic combination of inevitable rationing and what's being termed end-of-life counseling, which some fear may be mandatory . As someone who has been in the pro-life movement for years, plus studied history, politics, and, before that, worked full-time in healthcare-both as a hospital employee and reporter for healthcare publications-I've closely observed the long march by liberal "progressives" from the eugenics of Planned Parenthood founder Margaret Sanger to euthanasia. They got their way on abortion-which, according to the AP, is covered in the current government "healthcare" plan -and God help us if the door to euthanasia is cracked.

It also doesn't help that likewise steaming down the track are the modern left's parallel obsessions with "people problems" like "overpopulation" and "climate change."

None of this is good. And these forces are coming together at a time, a perfect storm, when the left has finally achieved the political power it has craved. This is the "crisis" it needs, to borrow from Obama's chief of staff.

For years, the political left has groped for control of the nation's healthcare. Now, at long last, the prize is in sight, thanks to the way Americans voted in November 2008.

This is not to say we don't have problems in our healthcare system. No one is saying that. But for the radical progressive, that isn't the issue. These folks dream of federal power, of central planning, of literal management of lives. This is their long-awaited, glistening moment.

Reform healthcare with legitimate reform, addressing real issues, like the genuine problem of the minority of Americans who, for whatever reason, are not insured. Do the moral thing.