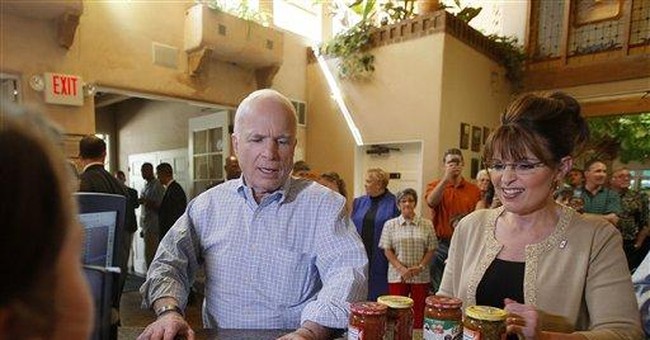 In an unexpected, frightening moment in April 1945, Vice President Harry Truman got the news: President Franklin Delano Roosevelt was dead.

For many Americans who suffered through the Great Depression and World War II, FDR was more than a president; he was their political savior. Now, Truman, a former farmer and failed haberdasher from Independence, Missouri, had some giant shoes to fill. Shell-shocked, he candidly told a group of reporters that he felt like he had just been hit by a bale of hay, plus the moon and the stars.

Truman knew next to nothing about the nation’s foreign policy. FDR had woefully, irresponsibly left his vice president completely uninformed on the paramount issues of the day, on matters of enormous consequence to the entire world, from wartime negotiations with Churchill and Stalin to the development of the atomic bomb. “It was a terrific job to try to prepare himself because the Potsdam Conference was scheduled,” recalled General Harry Vaughan, a close Truman aide. “He talked to everybody that had been to Yalta; everybody that had been to Tehran and everybody that had been to Casablanca, to any of those conferences; he talked to Mrs. Roosevelt and even talked to Anna Roosevelt, the president’s daughter, because she had accompanied the president.”

Truman rapidly educated himself in the foreign policy he needed to know. He became the architect of America’s Cold War strategy for decades to come. He also ensured that no vice president ever again would be so clueless in foreign policy.

These changes became standard operating procedure. A vice president who entered the job with no knowledge of foreign policy would need little time, maybe mere weeks, to soon become more informed than most experts.

Subsequent presidents and their vice presidents went on to initiate numerous other reforms affecting foreign policy. President Jimmy Carter each day received a highly classified document distributed to only five people, one of whom was Vice President Walter Mondale. President Ronald Reagan and Vice President George H. W. Bush had a weekly one-on-one lunch to discuss issues, from taxes to treaties. Some vice presidents became crucial advisers in foreign policy, troubleshooters, and served as emissaries to foreign nations and negotiators with foreign leaders. Vice Presidents Richard Nixon and Dick Cheney are obvious examples. Some were tasked with the leadership of important White House groups, such as Bush’s crisis-management group under Reagan. Vice President Al Gore co-chaired major foreign-policy commissions, including the Gore-Chernomyrdin Commission, with Russian Prime Minister Victor Chernomyrdin. Vice President Dan Quayle’s unpublicized actions in Latin America during the lead up to the first Gulf War were remarkably constructive, and have never received the attention they deserved.

Why mention this now? Because, of course, the argument is being made that Sarah Palin, the governor of Alaska and now the Republican vice-presidential candidate, is lacking foreign-policy experience, perhaps the one chink in the armor of any otherwise all-around solid background. Certainly, she is lacking in that area when compared to John McCain and Joe Biden (but not Barack Obama).

I would add this word of caution, based on the irrefutable history of the modern vice presidency: If Sarah Palin becomes our next vice president, it will take her only weeks to get up-to-speed in foreign policy. That knowledge will come quick. If the “elderly” President John McCain resigned after one term, Palin will have learned an enormous, sufficient amount about the issues dominating American foreign policy.

Even then, good presidents succeed not so much by prior knowledge of issues but their decision-making abilities, their leadership skills, and other characteristics critical to chief executives. The vast majority of presidents over the last 100 years, Democrats and Republicans, from Woodrow Wilson to FDR to Bill Clinton to George W. Bush, were governors with little to no foreign-policy experience. Previous experience is not an indicator of success. There is no correlation whatsoever.

That said, if I were a Barack Obama supporter, I would avoid this criticism of Sarah Palin like the plague. Most Americans understand that a new vice president can quickly get the foreign-policy experience he or she needs in the benign process of serving as the president’s under-study. On the other hand, the typical American will naturally ask: where does a new president get the instant experience he needs?

The flawed argument that Obama supporters are using against Palin is more likely to backfire against the freshman senator and erstwhile community organizer from Illinois.