Paul Jacob
|
Posted: Sep 24, 2017 12:01 AM
Share   Tweet
The opinions expressed by columnists are their own and do not necessarily represent the views of Townhall.com. 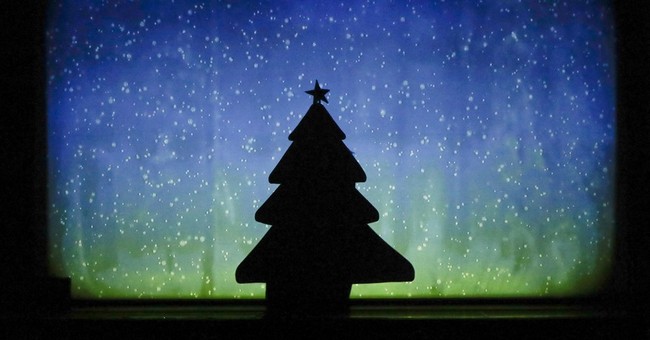 Yes, Virginia, there is an anti-Christian bias in the land.

At least in the Land Down Under.

Is this a war on a particular day? I guess. The fear of offending — or, apparently, mildly discomforting — non-Christians has led many governments and businesses and organizations to downplay the whole “Christmas” tradition.

When I was young, Charlie Brown worried, in A Charlie Brown Christmas, that the holiday had become “too commercial.” But the extent, today, to which “commercialization” has gone must take modish Lucy’s breath away.

But, to be precise, what we are witnessing is something broader: an exclusionary suppression not so much of one holiday but of a particular concept, ‘Christ,” which derives from the Greek for “Messiah” — in plain English: “Savior.”

No wonder why Christians have celebrated Christmas for a very long time.

And perhaps why some anti-Christians take every opportunity to marginalize even barely religious concepts like the “Christmas tree.”

The term relevant here may be Christophobia, which RationalWiki defines as “the irrational fear or hatred of Christianity or Christians.”

And opportunistic. Christians are taught to “turn the other cheek” upon attack. And though political Christian advocacy can be anything but martyr-acceptant and cheek-offering, the pacifistic meme at the heart of the Gospels makes Christians marks for this advanced snubbing.

That is, Christian teaching allows the anti-religious to attack Christians without much blowback.

For some reason, secularists tend to be less enthusiastic about taking a similar tack against Muslims.

But that’s not the only double standard at play here, a sort of beam-in-my-eye/mote-in-others’. I don’t know about you, but too often I catch the critics most exercised about religious folks’ denial of reality as themselves “in denial” — of obvious reality.

Take the secularists at the above-quoted RationalWiki. They downplay the extent of trendy christophobic commentary and action, using phrases like “persecution complex” and “passing familiarity with reality.” People who most use the word “christophobia,” says RationalWiki, seem to “overlap with the people who claim there’s a liberal bias in the media.”

Funny, I suppose — to witness proudly “rational” people engage, however lightly, in denial of social reality. Did secularists not watch the coverage of the 2016 elections? Apparently these Doubting Thomases do not accept the evidence of Donna Brazille’s CNN leaks and the Podesta email dump as indicative of any bias.

I see it as “evidence that demands a verdict.”

Less funny, to witness businesses distance themselves from the obvious cultural reality of “Christmas trees,” which Katherine Timpf at National Review dubs not only “insanely idiotic” but in defiance of the concise use of precise words.

To talk about “a pine tree that is covered in ornaments and lights that people put up in their homes in the wintertime,” Ms. Timpf rightly argues, “the other person would say, ‘um, you mean a Christmas tree?’ and look at me like I must be high.”

High on silliness, really. Christmas-o-phobia itself is idiotic.

Other apt, precise words come to mind for this goofy culture war:

What I wish for this “holiday” season? A return to common sense.