Paul Jacob
|
Posted: Jun 18, 2017 12:01 AM
Share   Tweet
The opinions expressed by columnists are their own and do not necessarily represent the views of Townhall.com. 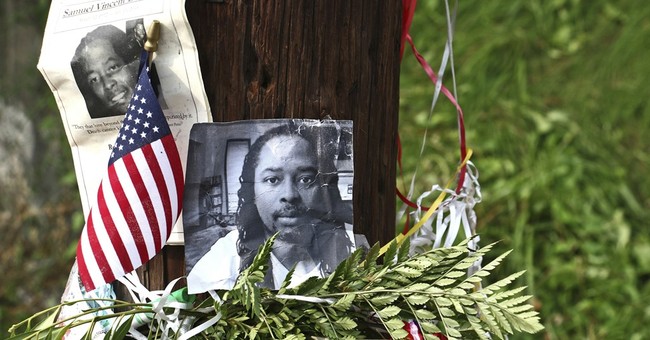 All lives matter. As do Second Amendment rights.

Which is why the killing of 32-year-old Philando Castile last July was disturbing, and the acquittal of St. Anthony, Minnesota, police officer Jeronimo Yanez, this past Friday, so troubling.

Castile’s girlfriend, Diamond Reynolds, who live-streamed the chilling aftermath of the shooting on her cell phone, assumed the traffic stop was for a broken tail-light. But Officer Yanez, four years on the force, stopped Castile believing he might be the perpetrator of a recent robbery. Castile was not; he was merely the same race (black), roughly the same age, and had the same hair-style (dreadlocks).

Of course, many men in the Twin Cities metro area fit those characteristics.

Much about the incident remains unclear and in dispute. What seems indisputable is this: Philando Castile told the Latino officer that he was carrying a gun, for which he had a concealed carry permit. That doesn’t sound like an admission someone would make if planning to whip out that pistol and start blasting away.

Also certain is the fact that Officer Yanez fired seven times into the automobile carrying Castile, Reynolds and Reynolds’ four-year-old daughter. Five bullets struck Castile, two in the heart. One bullet barely missed the toddler strapped into a car seat in the back. Castile later died at a local hospital.

The audio on the cellphone footage, which began after the shots were fired, has Yanez yelling: “I told him not to reach for it! I told him to get his hand out.”

Yanez was charged with second-degree manslaughter and reckless discharge of a firearm. The officer testified in court that he fired his weapon after seeing part of the gun emerging from Castile’s pocket. Reynolds told jurors that Castile was slowly pulling out his wallet in response to Officer Yanez’s request, definitely not his handgun.

The jury was initially deadlocked, ten jurors voting to acquit and two to convict. But the judge urged them to continue deliberating. Though whites outnumbered African Americans on the jury five to one, some jurors told reporters that the two jurors initially favoring conviction were not the two black jurors.

Late in the deliberations, the jury requested to again review several videos introduced into evidence. The two videos the judge allowed them to re-watch were an interview of Diamond Reynolds and the dash-cam recording from the police car. The dash-cam recording has not been released to the public.

Mistakes happen. Deadly ones, even. One can certainly sympathize with the plight of police fearing for their safety at traffic stops, which they know can turn deadly in an instant. Yet, law enforcement officers cannot go around blowing away innocent people because they are scared.

A young man who worked as a supervisor at a public school cafeteria and had no criminal record is dead. Many others — black and white — are dead in incidents that suspiciously lack good explanations. There is nothing in our American “can-do” spirit that accepts fatal errors. Especially repeated ones.

Let’s outfit police with body cameras. And let’s write the rules for those cameras — as voters in Ferguson, Missouri, did last April by passing a ballot initiative — such that (1) police face repercussions for not having the cameras on, and (2) the footage is made publicly available, so people know there will be accountability and no cover-ups.

Then-President Obama’s Justice Department investigated the 2014 shooting of Michael Brown in Ferguson and found that Brown was at fault, as the aggressor, not the police officer. Had body cam footage been publicly released the riots that followed may not have erupted. Citizens would have been saved millions in property damage and spared the divide along racial and political lines all across the nation.

In other instances, body cams might help convict the cops.

Still, even with body camera footage available, it seems difficult to gain convictions against police when they clearly err by killing innocent folks. Numerous cases of police shooting unarmed men have been caught on video and yet either not resulted in officers being prosecuted or with officers acquitted of charges.

Like Officer Yanez, the officers are often removed from the police force. But too late.

Police need better training on how to protect both themselves and citizens they encounter. Too much of the current training appears to encourage a warrior ethic of shoot-first and ask-questions-later. In fact, Officer Yanez attended a controversial seminar called the “Bulletproof Warrior” in 2014, which some police forces have discouraged their officers from attending.

Yet, even with better training, and with cameras always rolling, the problem won’t be solved completely. I do not have all the answers, but as Americans we must find those answers.

Rarely do I agree with Washington Post columnist Eugene Robinson, but he’s hard to rebut when, after police killed Philando Castile in Minnesota and Keith Lamont Scott in North Carolina, last year, he wrote, “If you are a black man in America, exercising your constitutional right to keep and bear arms can be fatal.”