Paul Jacob
|
Posted: Mar 19, 2017 12:01 AM
Share   Tweet
The opinions expressed by columnists are their own and do not necessarily represent the views of Townhall.com. 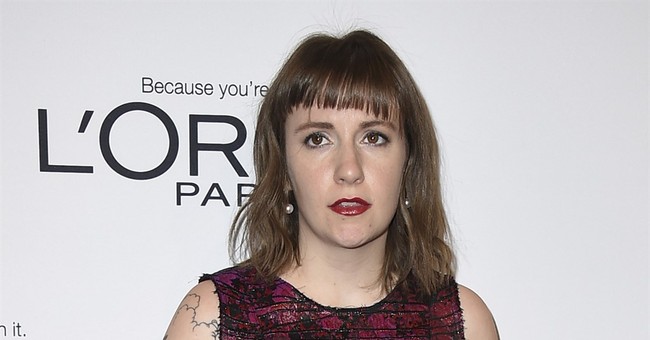 Recently, I joked about political diets, noting that actress Lena Dunham complained that the “soul-crushing pain and devastation and hopelessness” of the new Trump presidency had caused her to lose weight.

On the other hand, Barbra Streisand and others in Hollywood claim their unease about President Trump is triggering them to overeat and gain weight.

Then, I compared these Trump-inspired diets to the “Maduro Diet.”

The Maduro Diet, you ask? That’s the namesake of Venezuelan President Nicolás Maduro, the socialist successor to the late Hugo Chávez. Maduro is presiding over the complete economic collapse of what, prior to socialism, had long been the richest country in South America.

Nonetheless, last September, President Maduro joked, “The Maduro diet, that’s the one that makes you tough. You won’t even need Viagra now.”

In response to the dictator’s comedic chauvinismo, the Venezuelan newspaper El Estímulo published a list of people who have died “in various parts of the country because of the rigors of the diet that bears his name.”

“Having nothing to eat is felt by the millions,” added the paper. “A study by More Consulting for the opposition National Assembly says that more than 53 percent of Venezuelans have gone to bed once without trying food thanks to the ‘Maduro diet.’”

A recent Living Conditions Survey — a collaborative effort that included the Andrés Bello Catholic University, the Central University of Venezuela, and the Simón Bolívar University — concluded that nearly three in four Venezuelans lost on average 19 pounds in 2016. Consistent malnutrition does mean spectacular levels of weight-loss, of course, and people can decide for themselves about the benefits or lack thereof.

A month ago, the Miami Herald informed that, “People have become so desperate,” according to biologists and biology students at Zulia University, “that they are butchering and eating flamingos.”

The Herald also reported: “In the city’s dump, more evidence of hunger-driven desperation: dismembered dogs, cats, donkeys, horses and pigeons have been found since last year, all skinned or plucked, with signs of having been eaten, according to the city’s garbage teams.”

“There’s no doubt that food shortages are a serious issue in Venezuela,” responded TeleSUR, a television network based in Caracas, Venezuela, and funded by the governments of Bolivia, Cuba, Ecuador, Nicaragua, Uruguay, and Venezuela. “But one should take reports that make kooky unsubstantiated claims about the crisis like alleged flamingo eating with a grain of salt.”

If one can find a grain of salt.

TeleSUR alleges that, “Wealthy right-wing business owners in Venezuela, especially those in the supermarket industry, are intentionally hoarding food products so they can resell them at higher prices and make large profits. Food importing companies allied with the opposition are also manipulating import figures to raise prices.”

Yet, considering the political repression, if there was such evidence, those business owners might join the thousands of Venezuelans being arrested or the hundreds of documented longterm political prisoners, including opposition leader Leopoldo López, who was sentenced to nearly 14 years in prison on ridiculously trumped up charges.

“Repression and, specifically, systematic politically-motivated incarceration continue to be State policy in Venezuela,” states a new report from Luis Almagro, the secretary general of the Organization of American States (OAS). “Between January 1 and December 31 of 2016, Foro Penal Venezolano documented 2,732 political arrests on charges ranging from having demonstrated in a political protest such as the ‘Toma de Caracas’ or the ‘Toma de Venezuela’ to having posted something against the national government or a public official on Twitter.”

Mr. Almagro told the Washington Post that his report fully documents the Venezuelan government’s “abuses, rights violations, curtailment of civil, political and electoral freedoms, poverty, hunger, deprivation of liberty, torture, censorship, and the whole catalogue of violations of political, social and personal dignity.” He calls for the suspension of Venezuela’s membership in the OAS, which is long overdue.

The Human Rights Foundation called for that nine years ago.

Last year, millions risked government attacks to sign petitions to recall President Maduro, only to see the government refuse to abide by the constitution.

The Obama administration took no serious action, and urged the opponents of the Maduro dictatorship to engage in talks with the regime, a dialogue that predictably wentnowhere. “The administration’s caution,” a Washington Post editorial suggested, “may have had more to do with avoiding offense to the regime’s last supporter — the Castro regime in Cuba — with which President Barack Obama was pursuing what he saw as a legacy-making detente.”

On the other hand, President Trump has already met with the wife of Leopoldo López, the imprisoned opposition leader, and the U.S. State Department has called for the release of political prisoners, which also include former Caracas Mayor Antonio Ledezma. Yesterday, another Post editorial urged President Trump to “align himself with the OAS chief — and with the cause of democracy in Latin America.”

Let’s hope the Mr. Trump does . . . providing some small assistance that helps lead, hopefully sooner rather than later, to the people of Venezuela eating more . . . and living free.

And perhaps to certain Hollywood socialists eating crow, if not flamingo.