Paul Jacob
|
Posted: Jul 17, 2016 12:01 AM
Share   Tweet
The opinions expressed by columnists are their own and do not necessarily represent the views of Townhall.com. 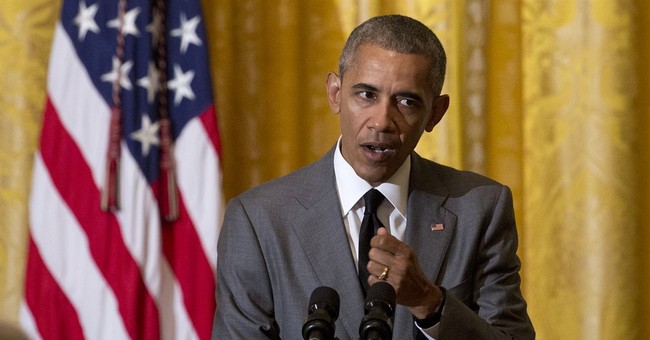 Last week, at the memorial service for the five slain Dallas policemen, President Obama said that “we ask the police to do too much.”

But don’t credit him with originality. He was merely echoing an idea previously expressed by Dallas Police Chief David Brown.

“We’re asking cops to do too much in this country,” the Dallas police chief had explained to reporters a day earlier. “Every societal failure, we put it off on the cops to solve,” he added, noting such problems as a lack of mental healthcare, rampant drug abuse, substandard schools and even roaming dogs.

So, what should police stop doing?

Here are two immediate reforms where police can do less, while protecting the public more:

(1) End the War on Drugs. Preventing violence and fraud is the rightful role of police. Not preventing people from engaging in activities that are peaceful, however misguided or self-harming. The criminalization of marijuana means more than 150 million Americans are de facto criminals.

Criminals warrant police involvement, but law enforcement cannot possibly surveil, arrest and incarcerate half the population. Since police can’t process all those breaking the law, they must prioritize. Is it really so surprising that those priorities would be to maximize convictions by going after those least likely to lawyer-up and navigate the criminal justice system?

Lawyers cost money. The poor of all races are therefore at a distinct disadvantage in court — and, yes, brown and black Americans are disproportionately poor.

Now, to his credit, Mr. Obama has released a number of convicts serving long drug-related sentences. Give him that. But his efforts hardly amount to more than putting a band-aid on a gaping would. We need a president who will go much farther in changing law enforcement priorities.

(2) Stop Using Civil Asset Forfeiture, whereby police steal people’s stuff without charging and convicting those people of any crime. Not only do federal agencies from Justice to the IRS take our property in violation of our rights, but the Feds encourage state and local police to join them in this bad behavior through their “equitable sharing” program.

While Obama has also spoken against seizing assets without a criminal conviction, he certainly hasn’t stopped it. And yet, he could. At the federal level, the president could end this unjust policy with a stroke of his pen. Not to mention that ending civil asset forfeiture by the Feds is an executive order actually within his constitutional power.

Would these two steps end all racism or violence or crime? No, no, no.

They would be, however, two steps forward toward a more principled, lawful and respectful style of policing that would better serve to unite rather than divide citizens and police.

It would be a far different two-step than reformers have so far been witnessing.

But, beyond these two necessary reforms, another question should be posed: Why is there so much crime, poverty, and violence in some communities?

Mr. Obama has his answer: the core problem is a government that doesn’t tax and spend enough on benefits for the poor — “decent schools,” “gainful employment,” “mental health programs.” It is a standard answer that nevertheless barely hides an obvious problem: after decades of expensive wars on poverty, illiteracy, drug abuse, etc., one would have to be blind, deaf and non compos mentis to not realize things have only gotten worse.

Spending more hasn’t worked. And yet the solution to more money failing to achieve results somehow constitutes an argument to spend even more money.

“We flood communities with so many guns,” the knee-jerk president also intoned, “that it is easier for a teenager to buy a Glock than get his hands on a computer or even a book.”

Really, that’s how Obama sees it? Some vague “we” are at fault? And there is too much violence because it’s easier than being a productive (or well-read) member of society? Violent thugs really want to read books, but cannot manage to find any?

Couldn’t they hold up a bookstore?

The Great O is playing “Fast and Furious” with the truth. Books are free at the library, cheap at the thrift store and garage sale.

Yet, give Chief Brown credit for daring to mention a critical problem Obama seems to have missed: “Seventy percent of the African American community is being raised by single women.”

Police cannot solve all our problems. Neither can the welfare state. Nor the educational system. The biggest of big governments fail miserably as Mom and Dad.