Paul Jacob
|
Posted: Mar 27, 2016 12:01 AM
Share   Tweet
The opinions expressed by columnists are their own and do not necessarily represent the views of Townhall.com. 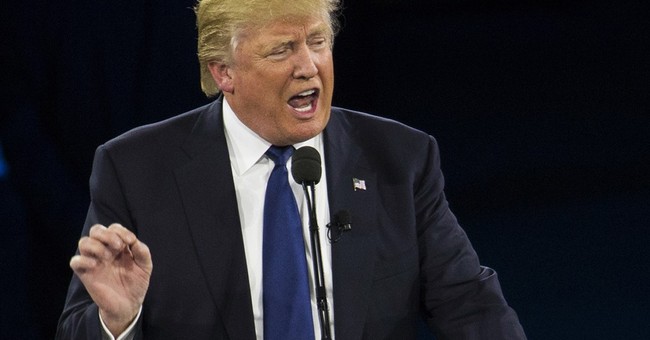 The next president will take office as this year’s $544 billion deficit pushes up the U. S. national debt to nearly $20 trillion. Scary, but mere chicken feed compared to the way more than one hundred trillion bucks in unfunded liabilities has already been racked up by our entitlement state.

And, on top of that, add our outrageous world policeman fees.

The Washington Post reports that, “thanks to various treaties and deals set up since 1945, the U.S. government might be legally obligated to defend countries containing 25 percent of the world’s population.”

And boy, has America, World Policeman, been active!

The U.S. military is well into a second decade of wars in Iraq and Afghanistan, and engaged in on-going armed conflict in Libya, Pakistan, Somalia, Syria and Yemen. Meanwhile, the Islamic State and its campaign of terror seems not to be degraded, but to be growing throughout the world.

No wonder, then, that the iconoclastic Donald J. Trump questioned — at a Washington Post editorial board meeting last week, just before the Brussels terrorist attacks — the wisdom of U.S. military commitments to NATO, South Korea and Japan.

According to Mr. Trump, the North Atlantic Treaty Organization (NATO) is “a good thing to have,” but he argues: “Ukraine is a country that affects us far less than it affects other countries in NATO, and yet we are doing all of the lifting, they’re not doing anything. And I say, why is it that Germany is not dealing with NATO on Ukraine? Why is it that other countries that are in the vicinity of the Ukraine not dealing with — why are we always the one that’s leading, potentially the third world war, okay, with Russia?”

The United States spends six times as much on defense as the average NATO country, as a percentage of government spending overall.

“You know, South Korea is very rich,” Trump offered. “Great industrial country. And yet we’re not reimbursed fairly for what we do. We’re constantly, you know, sending our ships, sending our planes, doing our war games, doing other. We’re reimbursed a fraction of what this is all costing.”

For the record, that fraction which is reimbursed by South Korea and Japan happens to be one-half — but only of the non-personnel costs.

Trump contends that we must consider the cost effectiveness, the affordability of those bases and missions: “I think that we are not in the position that we used to be. I think we were a very powerful, very wealthy country. And we’re a poor country now. We’re a debtor nation.”

“How you going to get rid of that debt?” Trump asked the Post writers, who were obviously taken aback by his questioning of these long-standing military commitments. “We’re spending that to protect other countries. We’re not spending it on ourselves.”

Asked if “the United States gains anything by having bases” in Asia, Trump replied, “I personally don’t think so.”

Why should we subsidize the defense of these wealthy countries?

“Certainly, we can’t afford to do it anymore,” answers Mr. Trump.

As if that were a bad thing.

Lest I get my hopes up too high, it seems unlikely that Mr. Trump would actually change policy. Instead, as usual, he simply promises that he would make “a much different deal” with these countries, and “it would be a much better deal.”

Here’s the best deal of all — as our third president, Thomas Jefferson, articulated: “Peace, commerce, and honest friendship with all nations. Entangling alliances with none.”