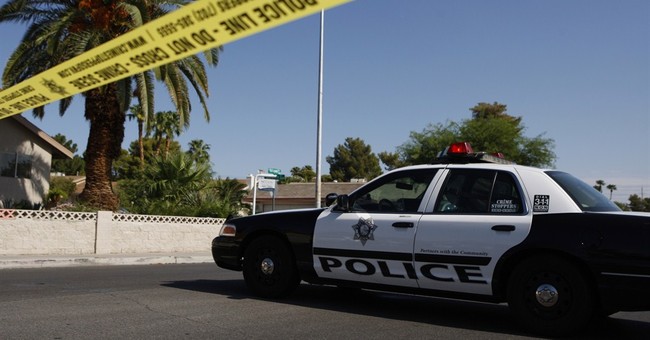 About what third-world dictatorship or more up-and-coming authoritarian regime did a Washington Post editorial last week declare the above?

One of many stories of oppression in Egypt? Or Russia? Or China? Or so many other locales about which we might have missed a report in the tidal wave of media coverage of such tyrannies?

No. The Post is opining on nearby Prince George’s County, Maryland, where a college student was savagely beaten by police. After the attack on the innocent young man, police “filed no report and then falsely claimed that he instigated the incident and attacked them.” Were it not for a video of the incident surfacing, they may have gotten away with it.

Wait a second — they did get away with it!

Sure, two officers were eventually charged with assault and one convicted by a jury. But Prince George’s County Circuit Court Judge Beverly Woodard tossed aside that verdict. And closed the case.

Her reasoning? “The judge offered no explanation for her actions,” reports The Post.

But there is an explanation for her unprofessionalism. “Judge Woodard . . . failed to disclose an apparent conflict of interest — she had been previously married to a Prince George’s officer who himself was convicted for brutality — until asked about it by a journalist. In court, she exhibited what many observers regarded as overt hostility toward Mr. McKenna, the victim.”

This is hardly an isolated incident. The ABC television affiliate in Washington, D.C., has filed a civil rights lawsuit against county police for harassing and intimidating a news crew investigating police brutality.

It’s a county that six years ago spurred me to tell my Common Sense e-letter readers, in a commentary called “Scared of Maryland,” that I’m concerned about traveling through Prince George’s County.

In 2008, county police had barged into the Berwyn Heights mayor’s home and shot his two dogs dead as part of an illegal home invasion — lacking a no-knock search warrant or any probable cause.

If that’s the treatment top elected officials receive, consider what your average Joe can expect.

Weeks prior to that, a man arrested for the alleged homicide of a policeman was murdered in the county’s jail. Police working at the facility refused to cooperate in the investigation (much as police actively thwarted the investigation in the more recent and senseless beating of the student). The 2008 investigation uncovered the fact that many guards at the jail had criminal records and had committed crimes while on duty at the jail.

That same year, the winner in a Washington Post contest to pick a new slogan for the state, was: “Maryland — wait, we can explain.”

But how exactly do you explain a police state?

I’ve argued that police should be required to wear cameras on the job — for the sake of both the wrongly used and the wrongly accused. But ensuring that video is recorded and then, if necessary, used in tandem with other relevant evidence to secure justice doesn’t happen automatically. It requires a culture dedicated to upholding ethical standards of professional conduct.

Instead, the only justice for the victims comes by way of an injustice against taxpayers. The county has already agreed to pay this abused college student $2 million to settle a lawsuit.

Prince George’s County voters will find on their ballot this November a measure referred there unanimously by their county council. Does it provide greater police accountability? Punish police misconduct? Protect citizens and police by putting cameras on working cops?

No, the measure will weaken voter-enacted term limits so that county politicians can stay in their offices longer.

It’s easy to now see that my fear of Maryland was justified.

But let’s not miss the most depressing fact of all: Maryland is hardly unique. All over America, in state after state, city after city, we see police armed as warriors, breaking the law, violating our rights, and, as a result, becoming destructive to and disconnected from the people they are supposed to serve.

Meanwhile, our elected officials dare little (and do next to nothing) to fix this problem (or any problem).

Police work for us, the citizens. The same is true of city councils, mayors, governors, legislators, presidents — and yet they are not ensuring that the police work, in fact, to protect our rights.

It’s up to us, the concerned citizens — through protest and petitions to reform the laws — who must change this dangerous dynamic.