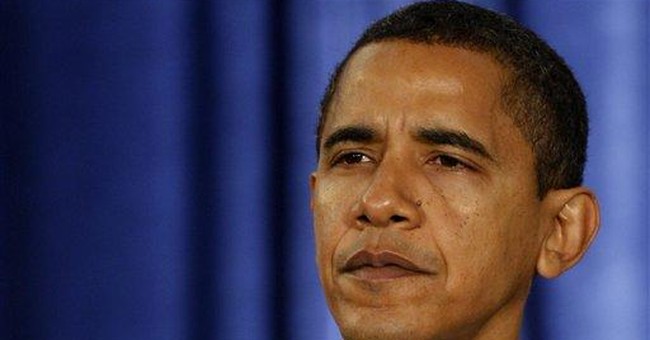 Well, it’s all over but the inauguration. With the political season finished, the ephemeral divisions of society can be downplayed long enough to view the enduring conflict, the real war. It’s not Republican versus Democrat or conservative versus liberal. It’s the political class versus the citizenry.

That is, it’s us, the people, versus them, the politicians . . . and their hired functionaries.

The Democratic and Republican parties are merely two clubs that serve up confusion so that we don’t realize the nature of our true enemies — or the lack of any meaningful choice.

Now, before we get too hasty, we should all remind ourselves that politicians are almost certainly necessary. A few will even prove themselves good and virtuous. But power tempts, power corrupts, and politicians are in the power biz. Follow the logic.

This logic leads to the requirements of limited government, to prevent politicians from doing things that they would otherwise, sans limits, be inclined to do.

The Constitution was designed as a set of limits. Alas, most of its limits have fallen by the wayside. So that’s why one type of limit provides such a good marker for the beginning of the people’s campaign to take control of government: term limits.

Term limits serve to shorten the time elected citizens must endure near the sulphurous pits of power, allowing a citizen to stay “citizen legislator” and not morph into a professional politician. Term limits do not ensure this — they merely give us a better chance. Evidence suggests that, without term limits, we have little or no chance at all.

So, the last election has brought us united governments under the Democrats. We’ll see where that gets us.

Meanwhile, the last election also showed us something about the larger perspective, the war between citizens and politicians. It showed us that, in open contests, the voters beat the politicians. When voters actually get to cast their ballots directly for or against the policy of term limits, they tend to choose term limits.

In most places where term limits were being attacked, or terms extended, and where voters had the responsibility and the opportunity to make the choice, term limits won.

True, in New York City, term limits suffered a setback this November . . . but not because of anything voters did at the ballot box. It was a loophole-exploiting power grab by Mayor Bloomberg and the city council members. Eager to serve extra terms, they unilaterally weakened the city’s term limits law. Regular New Yorkers were not consulted.

But turn your attention, instead, to South Dakota, where career politicians posted a measure, Referendum J, to repeal state legislative term limits. (Oh, how politicians hate term limits!) Here, voters were actually consulted about whether they wanted to keep the law they had passed in 1992.

And yes, they did want to keep it. Back in ’92, the law passed with a 64 percent majority. An even bigger majority, 76 percent, said No to repealing the limits this year. A South Dakota group called Don’t Touch Term Limits had gotten the anti-repeal message out with a simple slogan: NO WAY! VOTE NO ON J!

South Dakota was not the sole victory, either. Term limits were at issue in the state of Louisiana and various cities and counties in California, Colorado, Florida, Pennsylvania, and Texas. In almost every case, the supporters of term limits won the day.

One setback for term limits, however, occurred in San Antonio, where after previous failed attempts, the mayor and city council convinced voters in a relatively fair election to loosen the limit from two two-year terms (that is, four years), to four two-year terms (eight years).

But most contests defended existing limits, or expanded new limits. In Louisiana, for instance, voters passed new limits on the terms of statewide boards and commissions.

Term limitation is a very important reform, though it certainly won’t by itself provide all the discipline governments require. What the issue does accomplish, with its near universal popularity, is a clear demonstration of the degree to which voters are in charge.

When voters get to decide the issue directly, and aren’t mugged by people like Mayor Bloomberg, voters choose term limits. Where there are no such limits — in Congress and most state legislatures — those in power can simply trump the people.

Now back to your regularly scheduled salute to President-Elect Barack Obama.