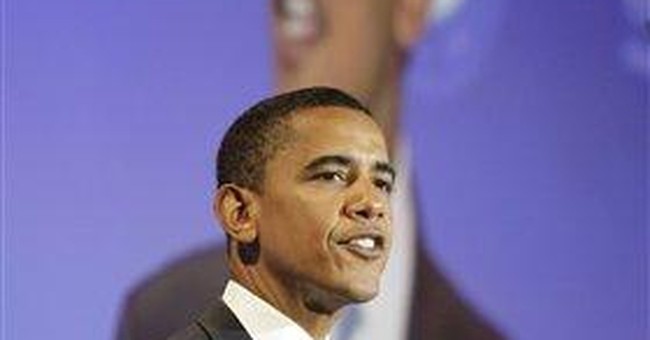 Do you ever tire of hearing certain words?

This election season, I've grown pretty sick of “change” — you may have reached that point months ago. That doesn’t mean we don't want change. I demand it; you probably do too. But the only change worth believing in is change with some specifics attached. And not just any old specifics either, but, well, specific specifics.

Put “change” on hold, politicians. Go to a thesaurus and look for another word.

I have a friend who thinks the word “natural” should never be used by theologians or political philosophers. What’s natural, for them, he says, is to make too much of the concept.

And I’ve noticed that “natural” is meaning less and less on packaging these days.

Another friend thinks it’s a pity that Democratic politicians get to call themselves “democrats” when they usually oppose democratic reforms like initiative and referendum. He also regrets that Republicans have come to support imperial stances, not republican ones, including an imperial presidency. But they still call themselves “republicans.”

I suppose there is no hope for preventing such abuses. But other abuses, less central to our loyalties? There are many words that make me recoil. Or blanch. Or blink. Can’t we correct them?

It’s such an ugly word. For some reason, when I hear it, or say it, I think of plumbing fiascos. Can’t we think of another word?

Why not put the word “staunch” on our taboo list for a year? Or try to apply it only to liberals for a while. I really would like to read a news report describing a current liberal politician as “a staunch proponent of ever-increasing government services and taxes.”

But there’s another contentious word, “liberal.” Once upon a time, ideas now vaguely associated with “conservatism” — individual liberty, personal responsibility, constitutionally limited government, free trade, the rule of law — were considered obvious and core liberal ideas. People who called themselves conservatives opposed them.

But then the benighted ideas of “socialism” and unlimited state action crept into the main stream of modern politics. Soon the only thing “liberal” about some latter-day liberals was the way they liberally spend other people’s money, as more than one astute critic has put it.

Socialism has now been proved false so many ways that most people with sense laugh — or, more likely, derisively snort — when the word is brought up. But that doesn’t mean that all the “anti-liberal” talk since the Reagan Era, by conservatives, was justified. Every time a modern-day liberal was made fun of just for being a liberal, I cringed, if only a bit.

Why? A good word, “liberal,” had been turned into a “bad word” . . . despite its lingering resonances with some very good attitudes, like tolerance and generosity.

So, when some people on the right — including our current president — styled themselves as “compassionate conservatives,” was that a good thing?

If that’s the case, then “compassion” has obviously changed, too. It was no surprise to learn, from Arthur Brook’s recent book, Who Really Cares?, that the most generous givers, in America, are not those who yammer most, in politics, about compassion. It is the working poor and the lower middle class who give most . . . especially those from religious backgrounds.

It takes actual compassion to give; it takes something else to demand that money be extracted from the populace, by force, through taxation.

I wonder what would happen if we threw out of all political discourse the words “compassion” and “liberal” and “conservative”? Could we get down to actual facts and usable principles? And get good things done?

Our favorite political words become not only cliché, they often become the opposite of what they originally meant. This makes them very tricky to use well.