What Use Are Prodigies?

Paul Greenberg
|
Posted: Feb 15, 2018 12:00 AM
Share   Tweet
The opinions expressed by columnists are their own and do not necessarily represent the views of Townhall.com. 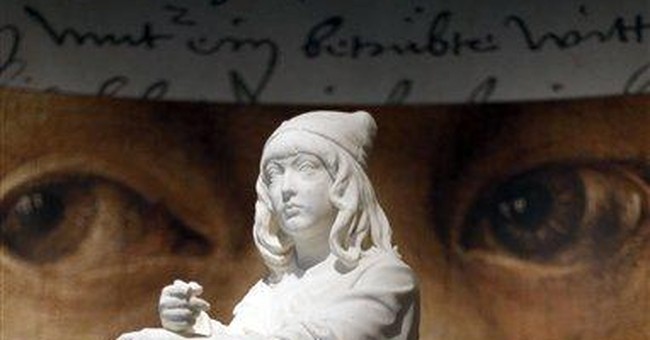 Everybody hates a prodigy, detests an old head on young shoulders.

It was the late 1950s, the apex of the Age of Cool, when the hottest thing in the chess world was a boy wonder named Bobby Fischer, who flashed across the sky like a meteorite in the dark night. Fans of the game that is less a game than an obsession were spellbound by his talent. The board of governors of the prestigious Marshall Chess Club had convened at their headquarters in lower Manhattan to discuss just how they should approach the juvenile genius. For he was just as rude as he was talented.

According to John Donvan in the Jan. 12 issue of the Wall Street Journal, one of the more naive members of this august gathering suggested that the boy be referred to a psychiatrist who could deal with his "emotional problems." Uh-oh. The suggestion was shot down almost as soon as it was made. For what if his talent was inseparable from his behavior? Take apart the boy's personality and would the game's great new hope and walking advertisement for chess be dismantled with it?

Bobby Fischer was scarcely the only member of this prodigious cast of young whizzes. There was cute little Shirley Temple, America's sweetheart in her childhood and later distinguished ambassador Shirley Temple Black. Child performers do grow up, and some of them turn out to be as impressive as adults as they were as kids. It seems these erstwhile prodigies are as varied and unique as the rest of us.

Mark Yu, the youngest member of the memorable cohort of child prodigies considered in Ann Hulbert's book "Off the Charts," was already performing on "Oprah" and "The Ellen Degeneres Show" when he was only 7.

Feel free to make your own list of personalities who were once hailed as geniuses -- a much-overused tribute -- but now have mercifully faded from public attention, which can be ruinous to young lives. As with plants, overwatering them -- in this case with publicity -- can be just as injurious to their fortune as neglecting them altogether.

Norbert Wiener, who would go on to invent the concept of cybernetics, was enrolled in Tufts at the ripe young age of 11 in 1906. Barbara Newhall Follett was 12 when two of her widely acclaimed novels were published in 1927. Philippa Schuyler, a musical prodigy, was reading at the age of 2 and by 5 was composing music. And so the list goes on and on and on.

Those whom the rest of us tend to hail as prodigies are as rare as one might think. This much all these kids seemed to have in common: They were believers in the adage that practice makes perfect and applied themselves to their craft of art with, yes, prodigious concentration.

In the end, the unavoidable question is whether there is such a thing as a child prodigy at all. What we call a child prodigy may be just a point at one end of the spectrum of human development. But this much should be indubitable: There are definitely parents and wannabe parents of child prodigies who may devote their lives to cultivating these orchids of the human species. Both they and their children -- and indeed the world -- might be better off if all concerned would settle for just plain, blessed ordinariness.